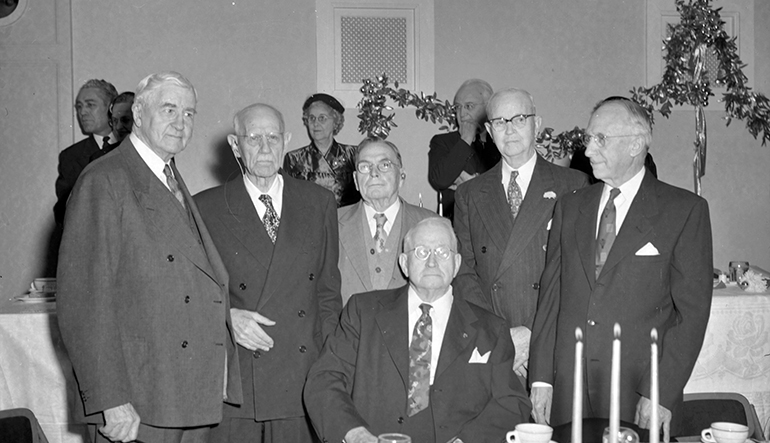 Two scholar friends of mine who work in the very broad and sometimes amorphous field of the digital humanities curated a show last year at UC Berkeley called “No Legacy.” Among the goals of the curators Élika Ortega & Alex Saum-Pascual was the disruption of the notion ingrained in many of us in graduate school that there is a literary canon and that literary lineages can—and sometimes must—be traced through this canon. In the curatorial statement, they explain:

As a space of action, NL||LE proposes to unfasten ideas of influence and evolution (as the basis of literary history) that connect the works’ materialities and temporalities and compartmentalizes their global geographies and languages. Further, the curatorial practice of NL||LE seeks to reconnect the items in the collection by unearthing discontinuous relationships of tension, analogy, and coincidence. Though these kinds of relationships might appear idiosyncratic when put against systematic orderings of literature, they are revelatory of aesthetic and philosophical concerns traversing our notions of the literary.

I’ve spent some time talking with the curators about why tracing literary lineages can be so restrictive, particularly for marginalized writers. Like Claire Vaye Watkins’ pointed out in her 2015 essay “On Pandering,” there’s a way in which having a canon forced upon you can make you feel like your literary parents and grandparents are writers that don’t necessarily suit your identity and your politics. Trying to participate in the furthering of the traditional canon can be stifling, to say the least. Watkins reminds us:

Myself, I have been writing to impress old white men. Countless decisions I’ve made about what to write and how to write it have been in acquiescence to the opinions of the white male literati. Not only acquiescence but a beseeching, approval seeking, people pleasing.

Most of the writers I know abandoned the canon the second they were no longer required by their institutions to read and write toward it. I eventually saw the traditional (read: white, male) literary canon as something I wanted no part of. When I went to teach a class about Los Angeles last spring, my Google search for books about Los Angeles turned up plenty of syllabi with writers like Joan Didion, John Fante, Raymond Chandler, Bret Easton Ellis, & Nathanael West. Their LA books are largely about Hollywood and drugs, freeways and angst, fame and white people. In an effort to disrupt that canon, I taught Paul Beatty, Salvador Plascencia, Karen Tei Yamashita, Wanda Coleman, Garrett Hongo, and Octavia Butler instead. (Shout out to this relatively representative BuzzFeed list of LA books for help compiling my course readings.)

Poet Ocean Vuong was the first person to contradict my distrust of canon and lineage. In a recent interview with David Winter, Vuong said:

Yeah, I think a lot of white writers see lineage as a trap—which could be true, you know, but it becomes a prescriptive gaze on lineage in which some people (often men) say, “Lineage, who cares about lineage. I don’t see a line—I see a sort of soup of influence.” And they don’t want to be pinned down to schools. All that is valuable—for you, right? But writers of color do need a lineage because sometimes the thin, narrow bridge is the only place we can use to cross, to access when everything else is precariously dangerous. When you can walk freely where you wish, lineage is not necessary—and perhaps it shouldn’t be. But for othered bodies, the fostering of elders, the seeking of paths, the linking from one word to another, to further and nurture our own voices, is vital. Although it seems nice as an artistic practice to shatter a linear trajectory of influence, POCs don’t have the luxury of throwing lineage out the window. The institution of erasure was not built with democratic intent; it cannot be dismantled using democratic ideals. It sounds nice, and I hope we can get there. But not yet.

So what happens when someone tries to force other writers into a lineage they haven’t traced for themselves? The result is an article like we saw from The Millions in August called “The Nu-Audacity School of Poetry.” Jeff Alessandrelli’s article coined a new name for a group of poets he deems to fall into a particular school of writing he’s defined. He describes the work of these poets fairly extensively and does some good close readings of particular poems he includes in this school. But more importantly, Alessandrelli builds a canon for the Nu-Audacists. He names their literary ancestry as follows:

For mothers the Nu-Audacity school has Eileen Myles, Alice Notley, and Anne Waldman; for fathers Bill Knott, C.A. Conrad, and John Wieners. Their great-uncles are Frank O’Hara and Kenneth Koch on Saturday night, talking excitedly after the movie before O’Hara goes to the bar and Koch goes home to his wife; their great-grandparents Antonin Artaud and Mina Loy.

He then names some of the poets he includes in this school: “Morgan Parker and Brandon Downing, Ben Fama and Saeed Jones, Sarah Jean Alexander and Danez Smith, Timothy Liu and Sara Sutterlin.”

Alessandrelli highlights some of the characteristics that, for him, define this school of poetry. He says, “For the Nu-Audacists, being a poet is nothing to celebrate, at least not in any conventional sense. It’s neither an exalted vocation nor a divine calling. For those in academia it’s simply the means of (hopefully) getting tenure and outside those moldy ivory towers it’s merely a game, one that isn’t–or shouldn’t–be taken all that seriously.”

What Vuong’s interview and Alessandrelli’s article drew my attention to is the difference between Poetry, which seems to be both a tradition and something associated with institutions (canon, academia, traditional publishing, big awards), and poetry, which seems to be poems and the people who write them. Alessandrelli claims that “in [Joshua Ware’s poem] ‘Kenneth Koch Is Dead,’ a later poem in Unwanted Invention, the assertion is made that ‘The poetry bubble burst/ shortly after Pindar; since then no one’s really given a fuck’ and this playful yet ceaseless fatalism is a central Nu-Audacist tenet.” Alessandrelli suggests again and again in his article that for the Nu-Audacists, poetry doesn’t matter. But I supposed I don’t know what this really means. If these poets felt poetry didn’t matter, they wouldn’t be putting their whole selves into their work.

Alessandrelli’s remarks make me think perhaps he sees the poets as having no stake in poetry, saying that for some of these poets, poetry is just a game. But many of the poets he names are activists, and their poetry does so much work toward interrogating race, gender, class, and sexuality in a way that opens up the poetry world to something larger and more important than perhaps other, more canonical schools of poetry have explored before. When I read the poems of these poets, I do not feel like their blatantly speaking of sex or the internet or their breaking with more formal traditions is a game. It feels to me like the exact opposite. Like poets having faith that poetry truly can intervene in injustice. And yes, maybe they’re not interested in the institution Poetry that has excluded marginalized writers for so long, but that doesn’t mean they’re not invested as hell in poetry. That they don’t make a living and keep living because of and through poems.

Back to the idea of canons and literary lineage: Response on Twitter to Alessandrelli’s article from two of the poets he calls Nu-Audacists draws immediate attention to the problem of tracing another’s lineage or building a canon for them. I am not here to suggest that a literary canon is or is not valuable to any particular person, as Ocean Vuong has forever dissuaded me from doing so. Instead, I am trying to explore the ways in which canons and literary lineages do much to erase writers of color, in the past and in the present, sometimes by excluding them all together, and other times by claiming a lineage for them that ignores their own histories and influences. I will leave you with poet Morgan Parker’s smart, thoughtful, and hilariously well-executed critique of the problem of tracing a writer’s lineage and building them into a canon without acknowledging their own chosen literary history (because if being a Nu-Audacist means not being funny—“their work is not funny or whimsical”—then Morgan Parker is not your poet because she is one of the funniest people I know):

I was going to subtweet about this, but for the sake of audacity, i’ll be about it: I have some thoughts about this. https://t.co/t2eV6Y5GYD

3. Myles, Notley, Waldman; Knott, Conrad, Wieners. Writers I read and like. But if they my moms and pops, who slept with the black milkman??

3. HEY GUYS I’M BLACK and and so is my lineage. My https://t.co/jjz63ykH6H results are a dead end but I know enuff to know there were blacks

5. But, I notice that none of the black poets mentioned (of which there are 3: me, @theferocity & @Danez_Smif) are even quoted.

6. But wait!!! Two black figures are quoted. Too $hort and Jay Z. For those who don’t know, those are rappers.

7. I am uncomfortable with a world where poetry criticism quotes black rappers but not black poets.

8. I am uncomfortable with a world where I have no origin.

9. In high school, and as recently as a year ago, people have said to me “You don’t [act/dress/talk] black,” or “You’re basically white.”

11. Being a black woman and being and saying anything truthful. That’s audacious.

12. I have gotten too good at being hurt and invisible. I have more to say but I won’t, because I already gave you me for free.

13. I got invited to this room but didn’t no one offer me a drank when I got here. Audacity is me getting the fuck out this room.

What did we learn today? Don’t ever say I’m not funny. And please, put some respek on my work.

And this similar sentiment from Danez Smith:

Really confused how I’m a member of a “new school” of poetry with 0 blk ancestors. *takes selfie to confirm blkness” https://t.co/MbmWX2eROQ

As my colleague Dagmar Van Engen suggested to me in conversation about this subject: tracing literary lineages and building canons comes down to a question of agency. Writers having the ability to trace their own literary histories is necessary if canons are going to function in the powerful way Vuong imagines they can. But canons and schools are going to continue to be restrictive, presumptuous, and exclusionary if they are prescribed for writers from the outside. I am by no means trying to arbitrate these two approaches, but Vuong’s approach to literary lineages seems like a positive political project, whereas Alessandrelli’s approach reinforces the kind of Poetry institutionalization from which he claims the Nu-Audacists are trying to escape.