Home
»
Book Reviews
»
The Best Books of the New Year

Resolved to read more this year? These books are the best the new year has to offer. 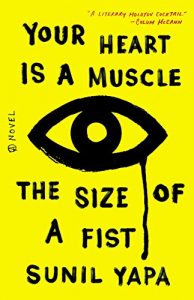 Your Heart is a Muscle the Size of a Fist
Sunil Yapa
Lee Boudreaux Books
January 12
$26.00

In his novel about the heated 1999 WTO riots in Seattle, Sunil Yapa writes: “What a violence of spirit to not know the world.” This violence spins at the heart of a story that unfolds on a November afternoon when both the citizens and the infrastructure of Seattle are rocked as 50,000 individuals gather to protest the World Trade Organization talks. The city becomes a meeting place of divided interests, a battleground at once expansive in global consequence and intimate in human conflict.

Seven narratives twist and converge as tumult and misrule reign in the streets. A financial minister from Sri Lanka holds the hope of his people in his hands as he confronts the mob on his way to meet with President Clinton. A young protester questions her commitment to nonviolence as she struggles to keep a dark secret hidden from her mentor. A hapless runaway gets caught in lockdown as he watches his father, the chief of police, forcefully dismantle the gatherers–the same chief who desperately longs to be reunited with his son. And two police officers watch the madness take hold from their perch, the actions and affections of the protesters ever steady in their rifles’ sights.

As the title promises, your heart will flex and surge as you read Yapa’s voltaic debut. 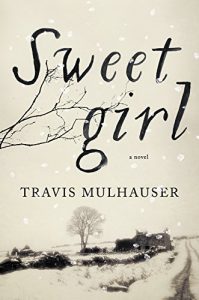 Travis Mulhauser delivers the perfect balance of humor and heartache in this masterful debut novel about family, self-reliance, and atonement. When 16-year-old Percy James ventures out in a fierce Michigan snow storm in hopes of rescuing her mother whom she suspects is strung out in the local meth dealer’s farmhouse, instead she finds a baby in desperate need of a doctor. In order to save both the baby and herself, Percy confronts the dark and misunderstood members of Cutler County’s underbelly society: a drug kingpin’s nephew, his gun-wielding, whiskey-drinking cronies, and an unrelenting winter blizzard. What she finds along the way is strength beyond measure, a friend more loyal than family, and a long-shot’s chance for hope.

This book is as wise as it is suspenseful, as funny as it is tragic. A novel written with guts, grit, and grace, Sweetgirl is the book you want to keep you company on a cold winter’s night. 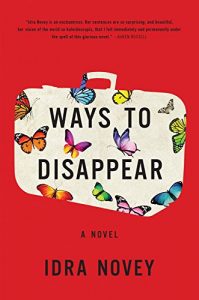 Idra Novey’s debut novel cast me under its spell from the opening scene when famous Brazilian writer Beatriz Yagoda picks up her suitcase and disappears into the branches of an almond tree. The celebrated author is mercurial and opaque, despite the undivided devotion of her editor, her translator, and her children. A woman with a writing gift and a gambling addiction, Beatriz knows how to be cared for but not how to be careful, how to create art but not how to decipher it.

I couldn’t put this book down–not after Yagoda’s translator Emma rushes to Brazil to help locate her author, not when a shady desperado demands he get the cash he’s owed, and not when Emma joins uneasy forces with Yagoda’s handsome son and skeptical daughter. Ways to Disappear reads like a fever dream set in the tropics of Brazil, a man hunt in which each member of the rescue party is in search of the Beatriz they knew–a Beatriz who may have never existed at all.

“Desire,” Novey writes in the voice of Yagoda, “was what a man will deny himself until he can’t.” Ways to Disappear reads like a thriller and scores thematically on the missteps of translation and the untenable distances of the heart. 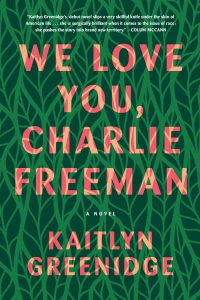 Kaitlyn Greenidge’s debut novel about the ethics and influence of experimentation is a layered missive on how the best intentions of the heart often lead us astray. When Charlotte Freeman enters a new high school in all-white Courtland County, Massachusetts, she does her best to conceal her family’s reason for leaving Boston behind. The Freemans have agreed to become part of an experiment at the nearby Toneybee Institute, where the family will live alongside a young chimpanzee named Charlie. Charlotte’s mother was chosen for the project because of her expertise in sign language, and her instant enthusiasm and ardor for Charlie makes it easy for the Freemans to be test subjects and difficult for them to remain a family.

As Mrs. Freeman wades neck-deep in the responsibility of raising Charlie as her child, her two daughters start to conduct experiments of their own–Charlotte with her beautiful, subversive classmate Adia, and Callie with different ways to get Charlie to love her back. When Charlotte uncovers pieces of the Toneybee’s sordid past, the secrets everyone’s been keeping threaten to unravel the Institute and the family, both.

Written with precision and velvet prose, We Love You, Charlie Freeman is a nuanced parable on matters of race, eugenics, and the too-often crippled facets of human nature.