Home
»
Reading
»
The Best Short Story I Read in a Lit Mag This Week: “Centrifugal Force” by Jodi Angel 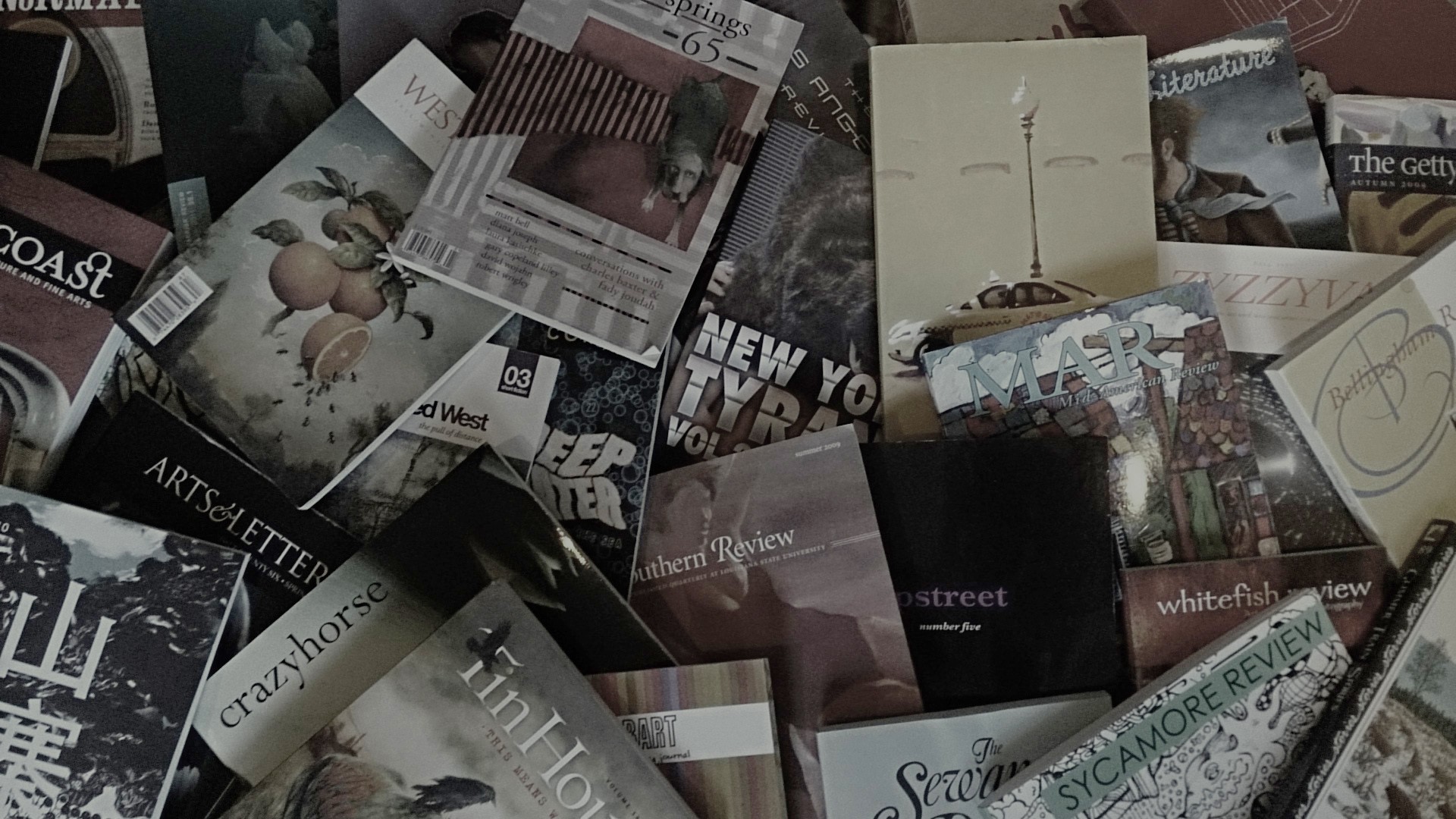 People want to believe that Mark Twain once said, “Denial ain’t just a river in Egypt,” though there’s zero evidence to back up his authorship. While others have claimed to know the quote’s true origin, most likely it’s one of those anonymous aphorisms passed down through the years. But doesn’t it just sound better if it was from Mark Twain?

The nature of the quote and the questions surrounding its authorship play perfectly into the nature of denial. Reality, for various reasons, is sometimes something we’d rather not face. Jodi Angel’s “Centrifugal Force” (Tin House, Summer 2015) explores the nature and tragedy of denial from the perspective of a group of young folks looking to find a fix for their boredom.

That fix comes in the form of Harold, who we discover is off his meds and behind the garage of his house, smashing garden snails with a hammer.

“There was a shitload of wreckage in front of him—all kinds of shattered pieces and bodies thick and wet as snot …we watched him do this for a while, nobody saying anything, and somebody whispered that maybe we should go find something else to do…”

But they didn’t; they kept watching the morbid scene. Notice how Angel uses the first person plural (“we”) not just as a group identity but also as a way to depersonalize the experience, and diminish responsibility by shifting it from an individual to the group. In addition, giving Harold a name but not the group lifts the narrative into a larger, thematic level. We have a group of nameless people watching a mentally ill individual commit an act of violence and saying nothing in response.

Angel brings further attention to that silence by turning it into a refrain. Twice in the next paragraph we read that nobody said anything. This is notable because the statements are in response to an uptick in violence. Once Harold runs out of snails to smash, the group follows him on the walk, and he begins tearing antennas off from cars and using them as whips.

“…we kept laughing until he started whipping at our arms with them—hard—so that the thin metal left behind welts and it was impossible to fend him off—he had one in each hand—but nobody said anything because we were pretty relieved that Harold had forgotten about the hammer, and Harold was heading toward the 7-Eleven and somehow he was always the only one with some money…we figured it was just a couple car antennas and Harold was just a guy off his meds…”

Merriam-Webster defines denial as “a psychological defense mechanism” where someone avoids a reality or problem by denying its existence. You can hear how the string of rationales serves as a defense mechanism, buttressing their collective assertion that everything is fine. Sure, Harold is acting increasingly aggressive, and sure, he’s off his meds, but if you knew Harold, that crazy guy, you’d understand. It’s just Harold being Harold.

The story comes to its climax as the group follows Harold to a bridge that rises five hundred feet over a riverbed. Harold jumps up onto the guardrail, but the group seems impervious to the danger he’s in, even while cars drive by honking. Then another bystander—who they call Hooker Stacy—urges the group to get him down from the railing and begins to yell out warnings.

“He’s gonna jump off, Hooker Stacy yelled from across the street, and we looked for something to throw at her, but we couldn’t find anything except a rock, and it was one thing to hit her and another thing to hit her hard…”

Hooker Stacy is Angel’s prophet—the one who sees what’s going on, the one who understands and calls out reality for what it is—and the response of the group to her is nothing short of devastating. They want to shut her up and are willing to use violence to do so, and they then try to justify that urge by downplaying the level of violence they are willing to commit.

Then Harold disappears from the bridge. Perhaps he jumps, perhaps he falls. We can only assume, because Angel chooses to stay tight to the groups collective POV to further illustrate the nature of collective denial. The group refuses to face the truth all the way to the bitter end. The last paragraph shows them standing on the side of bridge,

“…thinking maybe that Harold, being Harold, would appear someplace else..…we were surprised at so much movement everywhere—it was as though nothing could stay still—even as we stood there and tried as hard as we could to keep the earth from spinning beneath our feet.”

That last move—the surprise that everything kept moving despite their best efforts—I see as the group beginning to wake up from its collective denial. They finally, too late, start to realize the limits of their own power over reality. I imagine they can now begin to face the true nature of the world, and the volition of its inhabitants, and in doing so start to understand how wonderful and terrifying it can truly be, and hopefully begin to take active part in it themselves, both as individuals and a collective.