Home
»
Reading
»
The Best Short Story I Read in a Lit Mag This Week: “Night Island” by Mary Helen Specht 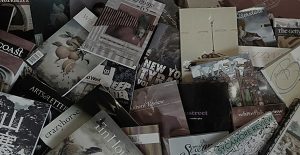 I’m a believer that some story shapes lend themselves more readily to pieces of different lengths. The shape of Mary Helen Specht’s story, “Night Island” (Prairie Schooner, Winter 2014), is risky and surprising, and might not work as well in a longer story or novel. But it’s what allows her six-hundred-word flash fiction piece to resonate at the depth of a much larger story.

The author quickly situates us in tropical Panama using rich sensory details. We find Isabella and Billy, two environmental researchers, on a tropical beach stalking a leatherback turtle, “phosphorescent plankton throwing off light in response to each footstep.” They’re hoping to recover the turtle eggs from the mother’s nesting site, then move them to a more suitable place to bury them—one not easily found by poachers.

While they go about their task, we get hints of Isabella and Billy’s attraction to each other: their arms touching, their legs touching. It’s also revealed that Isabella’s mother is worried about their future together far away in Texas, and that Isabella dislikes the way Billy can become completely immersed in their conservation work to the point of forgetting her completely. The culmination of these details forms an obvious question in the reader’s mind: Is their relationship going to work out?

As the last few lines of the story near, it feels as though everything is going to wrap up in a conventional way: they will save the eggs and bury them so the turtles will have a better chance to survive, and that action will serve as some sort of metaphor as to whether Isabella and Billy’s relationship will blossom or deteriorate. Or they won’t save the eggs, and we’ll assume that their relationship will end.

Either of these options would make for a good ending. But the author does something completely unexpected, a risk that I think also makes this story more compelling. The story changes shape. Instead of resolving the arc of Isabella and Bella’s relationship, the author leaves it unresolved, and instead brings to the forefront a buried subplot.

Where the point-of-view of the first ninety-percent of the story is fixed closely on Isabella’s perspective, near the end the author moves us out of Isabella’s mind and into that of an omniscient narrator, who tells us what Isabella isn’t aware of: “What Isabella didn’t know was that as they walked back to the hatchery to dig a new hole for the eggs, out of the reach of poachers, the mother turtle would slowly emerge from her birthing trance…” As the narration leaves Isabella, so follows the focus of the piece, which now rests on the plight of the turtle instead. The turtle, we find, will “spend almost an hour covering the empty hole with her flippers…she would do all this in the dark of night, carefully and with love…”

On its own, there’s a terrible sadness to the image of a mother turtle burying an empty nest. But it also completely changes what the story is about. No longer is the plight of Isabella and Billy, and the question of their future together, at the center of the story. By making the narrative switch, the story forces us to ponder how the focus of any narrative by its very nature privileges certain characters over others, and—forgive the pun—buries certain stories in order to give focus to others. We all want resolution, and I wanted to know what would happen to the plight of Isabella and Billy’s relationship. But when the shape of the story changed, I found myself asking much different questions: Which narrative thread should be given center stage? The plight the two lovers, the plight of this particular mother turtle, or—now that you mention it—the plight of the leatherback turtle species as a whole?

It’s a difficult question. A tragic one, really, with no easy answers. These sort of ponderings—the nature of conservation and its unintended consequences, the nature of character privilege and its unintended consequences—could easily be the topics of a novel (Ann Patchett’s State of Wonder comes to mind). But with a novel, or even a longer story, I don’t know an author could as easily get away with not resolving the original arc. Editors, and readers for that matter, might not be satisfied—perhaps in part because they’ve invested more time and energy into the characters.

Certain lengths of stories lend themselves to certain shapes. The brevity of “Night Island” allows the piece to still be satisfying while not tying up the various threads in traditional ways. The unconventional shape allows the story greater resonance than it might have had otherwise.