Home
»
Series
»
The Best Short Story I Read in a Lit Mag This Week: “S Is for Silence” by Dacia Price 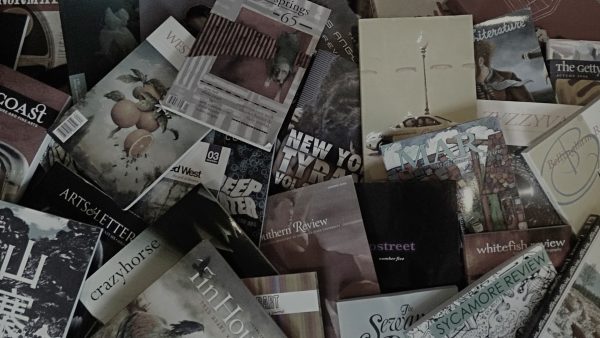 In Faulkner’s famous story, “A Rose for Emily,” we get the town’s perspective on a shut in who kept her love interest’s body entombed in their bedroom for years. In “S Is for Silence” (Pacifica Literary Review) Dacia Price explores a similar situation, only from reminiscent perspective of a shut in who’s trying to make sense of what she’s done, in an essay directed towards her dead husband.

Price opens the story by clearly stating the situation with unadorned language.

“In late September you closed your eyes and never re-opened them. You are a corpse on the loveseat, beneath the photographs of us on the wall.”

The body is that of the unnamed narrator’s spouse. We soon find that the narrator has shut herself, her children, and their dog into the house with the corpse. A bevy of questions immediately come to mind, the most pressing being: what happened? This question will drive the rest of the story as Price slowly reveals the events leading up to her closing the doors, both immediate and otherwise.

The initial obstacle the narrator faces is the concern of her spouse’s friends and family. When they come by to check on him, not realizing he’d passed away, the narrator dodges their questions, tells them her husband is simply sleeping.

“I muttered agreements. Made pacts to rouse you. Assured them you would call each one, as soon as you woke, until they began to disperse. I listened as they made plans to rehash it all over drinks at the bar down the street. To dissect every word said. To award cleverness points and to puzzle through the strangeness of it all, as a team.

The next afternoon I disconnected the doorbell.”

Price gives us access to the narrator’s imaginings of what the “team” thinks, while at the same time implying how ostracized and paranoid the narrator has become. This paranoia fuels her desire to further do in life what she did with the doorbell: disconnect. We still don’t have a sense of what happened to her spouse—Did she kill him? Did she have a reason to?—but the context is beginning to take shape.

Next, Price brings us further into the past to illuminate the nature of the narrator and her husband’s relationship. It appears that he was intolerably loud, so much so that she buys earplugs to wear at all time in order to escape his noise. Here’s her reasoning for the purchase.

“The raucous clatter of your boots as they slammed into the wall wouldn’t make me jump. The way you put the dishes in the sink, clattering and clanging until I was sure each had broken into a million tiny pieces wouldn’t cause my teeth to grind. The way you always screamed into the telephone, as though you were at the center of the storm, wouldn’t make my veins burst and skin bruise. Stop yelling I used to tell you. I’m right here.

I ached, always, for quiet.”

So, was her need for quiet excessive, or the noise her husband made? It’s purposefully uncertain, due to Price’s decision to tell this story in first person, from the perspective of the narrator—who has become increasingly unreliable. But her unreliability isn’t manipulative. The protagonist is trying to make sense of her actions, not trying to deceive us as to their nature. Her unreliability is more that of a perspective slanted by an honest but growing inability to grasp the larger picture. She gets the earplugs and shuts out her husband and the world, believing her reasons are sound and justified.

Price returns to the immediate concerns of the body decaying on the loveseat. We find that as months rolled by to winter, the “children became feral,” barricading themselves in their room with the dog. Four months in, the children and dog escape, and she’s alone with the body, a presence that’s growing on her mind. We also discover some final clues to the nature of her husband’s death.

“September was when I first saw you lay down to a nap. Though it may have started earlier. I had stopped noticing much of your rhythms by then…Your arms drooped from your shoulders as though the sockets had become loose, or those inflated hands too heavy to lift. The children exhausted you. The weak sun shone too brightly for your eyes to see. And when I remembered to pull the buds from my ears, your impassioned shouts had turned to crackling complaints full of static.

Just an hour, you pled. Just an hour and you’d be back to your old self.

When that hour became all night, I relished the empty bed. When it became days I left out the plugs altogether and skipped through the house, light and joyful. And when your nap turned into weeks, I thought it was a gift…”

Though the precise nature of her husband’s death is still clouded in mystery, the nature of the narrator’s perspective becomes more and more clear through the telling. She had begun losing her grip on reality long before her husband died, and when he does, not only is she unable to recognize reality, she loses her last connection to someone who could help keep her grounded. She spirals.

One of the more remarkable aspects of this story is Price’s ability to show the way in which reason is beholden to perspective. Given her viewpoint of the world, and particular set of struggles, the narrator’s decision to do what she did in her own eyes can appear reasonable.

By the end of the story—which I won’t ruin—it’s clear that the narrator has come to a place where she can reflect and try to make sense of what happened. But that’s the difficulty—for the narrator and for us. We can’t answer the question what we did without also answering who we were.