Home
»
Uncategorized
»
The Best Story I Read in a Lit Mag This Week: “Buried Voice” by Angie Kim

I don’t often love stories told from the perspective of kids. I think it’s difficult to write a child that feels believable—or interesting, to be honest. For me, stories with a child or teenage narrator too often devolve into the overly cute. The narrator is too precious. The character’s simple, bald observations aspire to be profound, but instead read as false and contrived. Also, no offense to the kids of the world, but I can only read about your flute lessons, your angst-filled first crushes, and your trips on the school bus for so long before I get a little bored. (Call me a curmudgeon, you guys! Maybe I am.) 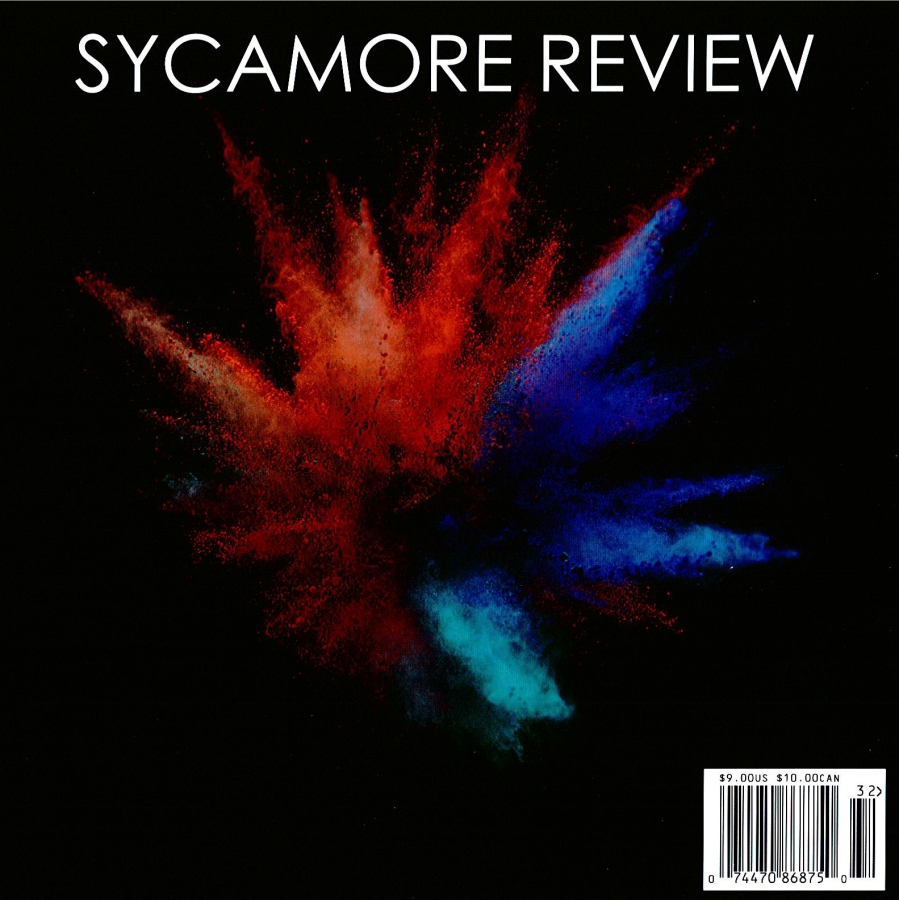 So when I picked up Issue 25.2 of Sycamore Review, I was happy to find that I immediately loved Angie Kim’s story “Buried Voice,” about two fourteen-year-old twins trying to cure their younger brother’s autism by reversing a curse.

The story begins as the first-person narrator, Mia, and her twin brother John traipse around a graveyard with an antique stethoscope, trying to commune with the ghost of their dead grandmother. Mia, a smart eye-rolling teenager, isn’t really buying John’s plan—to find the voice of their four-year-old, autistic brother Eugene. Years earlier on another trip to the graveyard when their mother was pregnant with Eugene, John speared a grave and their grandmother believed that Eh-ghee Pah-gweh-jah, a tiny devil that harms unborn babies, placed a curse on her grandchild. Eugene was born and diagnosed with autism, and the twins both believe they are responsible.

If “Buried Voice” were written by someone else, the premise of the story—two kids running around a graveyard, searching for ghosts and trying to reverse a curse—may have overwhelmed the relationship between the siblings. As a reader I want to see characters forced into unique and challenging circumstances, but I also want the situation to serve the characters, not the other way around. Thankfully, instead of relying on the quirky hijinks of unsupervised teenagers to keep us interested, Kim remains focused on developing the relationship between Mia, John, and Eugene.

She reveals their intimacy through small details, such as Mia’s tendency to call John “Joanie” to make him mad. She gives us a history of Eugene’s diagnosis and the family’s move to Seoul. She exposes John’s insecurities about his height and scores in school, and Mia’s understanding of her brother when Mia discovers his search history on their shared computer. Kim writes characters that take up more space in the narrative than the charming, unexpected situation she places them in at the beginning of the story.

Part of what makes Mia a compelling narrator is that she isn’t an innocent spectator. On the trip to the graveyard before Eugene was born, she wished him harm, which isn’t a crime for a nine-year-old, especially one tired of being excluded because of a baby that doesn’t exist in the world yet. But Kim allows Mia’s resentment of Eugene to become action; after Mia’s grandmother performed the fix to protect the unborn Eugene, Mia sneaked back to her grandfather’s grave and undid the fix.

I like badly-behaved female characters. I’m into girls and ladies that are vindictive, rude, plotting, and selfish—who aren’t afraid to take action. Mia feels satisfied when she goes back to her grandfather’s plot, finds the loose dirt, and puts the stick back in the mound. She sees an image of the unborn Eugene “smokey and translucent, nestled in the mound, deflating and dissipating into nothing.” She remembers, “I let the image in. I savored it. I let it linger and stay a while as I pushed the stick in, deeper and deeper.” Even as a child, she knows what she wants, acts without hesitation, and doesn’t feel regret. Maybe she should, but she’s either too young or too determined to entertain guilt. Mia is not a passive child. She isn’t governed by a desire to be a good girl. As a result, I’m more than happy to follow her through the story—I want to see what comes next.

In the present narrative, Mia’s memory of her past transgression transforms her from doubtful observer of her brother’s outlandish plan to an active participant in it. She holds the stethoscope to barren spots in the graveyard where John thinks the demon might be. She lies to her parents so she and John can bring Eugene back to the graveyard later. In short, she believes that she is culpable. She’s skeptical of John’s plan without being incredulous, and her fear and latent guilt allow us to become emotionally invested in the outcome of John’s curse-reversal scheme.

As a (mostly!) rational adult, I don’t believe in curses or ghosts (ok, maybe ghosts a little), so what kept me reading wasn’t a desire to find out whether or not John was able to cure his brother’s autism through a series of rituals he found in musty library books. Instead, Mia’s reluctant hope that John’s plan will work changes her relationship with her brothers, and this is what made me eager to read on.

So head over to Sycamore Review to snag a copy of Angie Kim’s story. “Buried Voice” is the winner of the 2013 Wabash Prize for Fiction, so let’s give Kim some Internet high-fives for this one—it’s great.