Home
»
Uncategorized
»
The Best Story I Read in a Lit Mag This Week: “Fear Itself” by Katie Coyle

There’s a lot to love about Katie Coyle‘s story “Fear Itself,” published in the most recent issue of One Story. To start, Coyle is so spot-on in her depiction of teenage girls that about a page in, I took out my phone and snapped a quick picture of a line I’d underlined. I sent it to one of my best friends growing up with a text that read: “This is us in grade school.” (We drew comics and came up with lewd stories about our teachers—we had fun.) 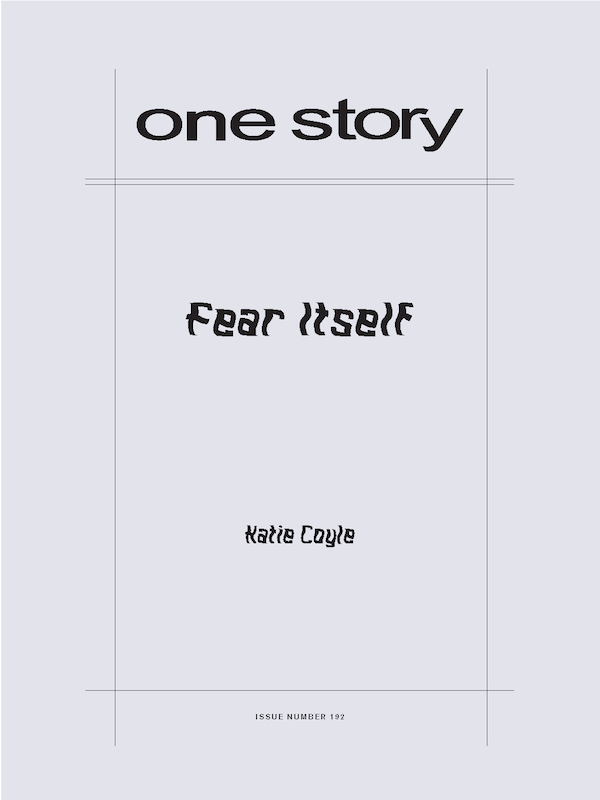 “Fear Itself” begins during a high school field trip to a presidential wax museum. Kara, Ruthie, and Olive are best friends who Coyle brilliantly describes as being “cursed with a sense of moral superiority correlating directly to their social inferiority.” After catching the girls mid-argument, their teacher splits them up and Kara wanders the exhibits alone. To her (and the reader’s) surprise, she discovers that one of the wax figures—Franklin Delano Roosevelt—has not only become animate, but he hits on Kara, calling her “honey” and telling her she has “such a filthy mouth on such a pretty little girl.” Kara tells her friends after she leaves, and the girls spend the next week at school talking about this new relationship before Kara eventually sneaks back to the museum to visit him again. But wax FDR is an abusive asshole—he belittles Kara, stalks her, and behaves like an all-around creep until Olive and Ruthie later step in to defend her.

Coyle gets teenage female friendship right in a way that is very refreshing to read. Kara, Olive, and Ruthie spend all of their time together, out of necessity as much as love, and much like any group of people who are together too often, they take out their frustration on one another. They play a game of their invention called “Categories” which involves picking a category and then identifying each of them as a thing or person within that category. The game is a great demonstration of how the affection and passive-aggression that exists amongst close friends, especially at this age, can be bundled into one exacting, off-hand comment—which Kara also observes as she realizes that Ruthie always identifies her as the ugliest thing in any given category. Still, they are fiercely protective of one another.

Despite this closeness, the girls still keep secrets. Smug, demanding Kara wants badly to lose her virginity, but she refuses to reveal this vulnerability to Olive and Ruthie. Her performed cool and superiority intimidates her friends, but the dissonance between what her friends see and what we know about Kara captures so clearly what it is to be a teenager. Namely, the desire to be seen as more than you are and the gut-wrenching fear that you may not be.

Coyle’s use of a magically animate, wax figure as a boyfriend for Kara gives the story an element of the absurd and introduces humor to a situation that may otherwise lack it. The idea that a wax figure might come to life and start hitting on teenage girls is already so unexpected as to make us laugh, but the notion that he might also be a long-dead president who behaves more like a sleazy dude standing outside a club than a kind, respectable leader makes the situation even more risible in its subversion of our expectations.

Furthermore, Kara’s infatuation with a wax figure (and not even a stereotypically attractive or cool one at that) undermines the maturity and respect she’s so desperately trying to gain by becoming involved with someone. Because the wax FDR could not exist in our reality and by all accounts shouldn’t exist in hers, Kara strikes us as even more of a child as she places emotional stock in her impossible relationship. Being a teenager already means being stuck in the uncomfortable space between childhood and adulthood, a time that feels designed to highlight shortcomings and put them on display for the world to see. Coyle emphasizes this by making Kara so invested in her magical boyfriend, and as a result we feel closer to her; we understand how desperately she needs to feel loved and how much she’s willing to go through to feel like she belongs.

What I appreciate most about this story, though, is how Coyle’s choice to write Kara’s emotionally abusive boyfriend as a fantastical character gets at an often-ignored truth about the predators of teenage girls: to everyone else, they may seem impossible, make-believe or invented, but in actuality they are very real. Although readers may initially doubt what Kara sees on the field trip, the story confirms that she’s not crazy or delusional when the third-person omniscient narrator enters Olive and Ruthie’s perspective during their return to the museum.

By writing Kara’s boyfriend as a supernatural character, Coyle captures what it means to be a teenage girl who has lived through an abusive relationship—you can talk about your experience later, but there’s a great chance no one will believe you. The controlling, entitled behavior of young men, especially when reported by girls and young women, is dismissed with platitudes like, “Boys will be boys” and other justifications designed to silence and erase women’s lived realities. A few years ago, I told a man I was dating at the time about the sexually abusive boyfriend I had when I was fourteen; when I finished talking, the first words out of his mouth were, “But how manipulative can teenage boys be?”As readers, we believe what happened because we were there, but as the story closes, both the reader and Kara exit with the heavy understanding that, although these events were profound, life-changing, and deeply wounding, no one will ever believe Kara should she recount these events later. She knows it, and we know it, too. It’s an impossible burden, and the resulting melancholy in the last scene is perfect and heartbreaking.

Certain stories come to us right when we need them, which is what this one did for me. It’s been a long few weeks of seeing women dismissed and reduced in the news, and Coyle’s vivid depiction of three teenage girls as they are in reality—complicated, vicious, afraid, loyal, loving—was exactly what I needed. You can order a copy of One Story and read an interview with Coyle about “Fear Itself” here.