Home
»
Reading
»
The Best Story I Read in a Lit Mag This Week: “Not Like What You Said” by Debbie Urbanski

The older I get, the more I notice that my handwriting resembles my mother’s. Her cursive is so even, consistent, and precise that her letters and grocery lists look like they’ve been typed up on the computer and printed out. My handwriting isn’t like that—it’s sloppy and irregular—but when I get going, when I write only in cursive and not a mix of half-print, I see that my “r”s curve like hers and the loops on my “y”s look just like hers do. 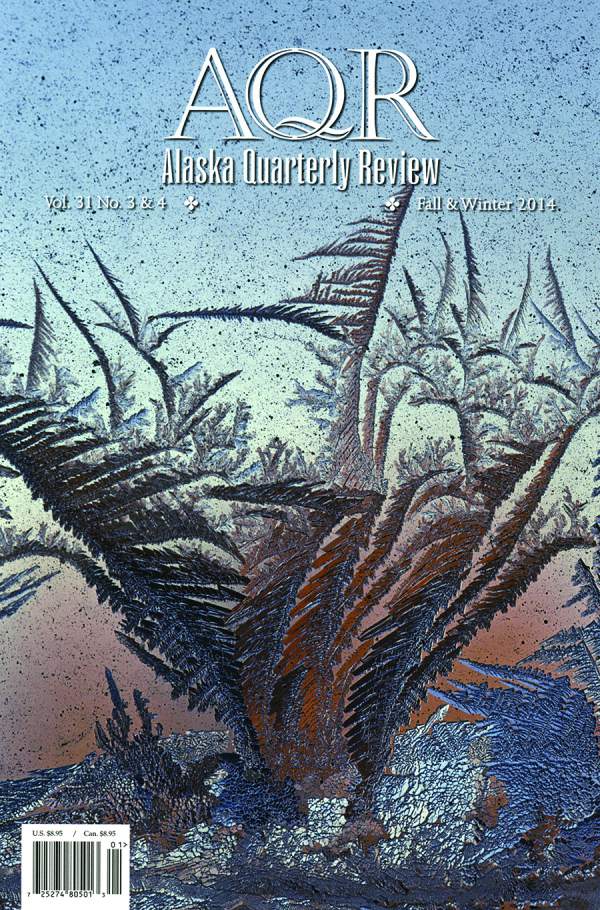 I thought about what I inherited from my mom as I took notes during my second read of Debbie Urbanski’s story “Not Like What You Said,” which will appear in the upcoming Fall/Winter 2014 issue of Alaska Quarterly Review. Urbanski’s story follows Joan, a middle-aged mother whose adult daughter Emma has gone missing. Joan hires a PI to track down Emma two years after Joan last saw her daughter in person, and several months after Emma’s last correspondence. After the PI’s evidence reveals that Emma became involved with a cult, Joan flies across the country to find out what happened to her oldest troubled daughter, and to answer the question she’s posed to herself: Is your child’s happiness real if you can never be a part of it?

In a quick summary of the story, Joan reads as an active, ambitious character. In actuality, she isn’t. She’s still married to her abusive husband Max. She doesn’t speak up or say what’s actually on her mind, instead delivering short lectures in her head to other characters when she’s alone, and even these addresses are opaque and vague in their platitude-like quality. After Emma and her husband Caul leave a visit with Joan and Max early, Joan wants to tell Caul, “Love begets love,” and Emma, “You are a person of great strength,” rather than saying what we wish she would: “Caul, don’t treat my daughter like shit”; “Emma, you can endure your marriage but you don’t have to.” Even in her head, Joan is unassertive, her language aiming to soothe rather than inform or demand, and we come to understand that her role in her family has been to keep the peace.

The strength of Urbansli’s writing is how she is able to show Joan mired in her habits and determined to act in spite of them by setting a scene in the present narrative and then moving backward in time to catch us up on what happened. The story begins during Joan’s first visit to the PI’s office, long after Emma stopped responding to Joan’s letters, but then moves back to recount Emma’s visit with Caul to Joan and Max’s home two years earlier. The following scene is in the PI’s office again where he gives her information about Emma’s cult, and we move forward in time to see Joan in a car in Minnesota, waiting for someone from the cult to pick her up—she’s flown across the country, rented a car, and followed instructions to meet them. Only then do we move back to the discussion she had with Max before leaving about what she’s going to do there. Joan gets picked up by a member of the cult, but instead of staying in Minnesota, the next scene is set in a diner after Joan has returned home from her trip, where she describes the visit to Max and her other daughter Adele.

Each time the present narrative advances, we’re placed into a scene where Joan is reflective and stationary (sitting in the PI’s office, in the rental car in Minnesota, in the diner). The action has already passed. This structure allows Urbanski to fully develop Joan’s character—we spend most of the story watching a passive Joan, but seeing Joan passive is essential because that’s who she is. Her behavior is driven by an urge to please and placate others. In order to understand her, the reader must see that searching for Emma is the exception, not the rule.

In the case of Emma, Joan’s determination is motivated by her own raw need. Sure, Adele and Max want to know what happened to Emma too, but Joan doesn’t think about how they feel. In fact, she spends almost no time considering their experience of Emma’s disappearance, even after Max tries to tell her (albeit, sarcastically) that he’s mourning too. Since we know that Joan isn’t someone who often acts based on her needs alone, the action she takes in “Not Like What You Said” becomes all the more extraordinary and compelling.

Joan’s uncharacteristic determination here also reveals just how much she loves and cherishes her daughter. By the end of the story, Joan’s doubt and anguish is palpable. In the final scene, Urbanski again moves the narrative back to Joan’s memory of the last time she saw Emma alive, standing at the end of their driveway in her bright summer dress. Joan can’t remember exactly what she said to Emma before she left, so she does what she’s always done—she addresses Emma in her head. The difference now is that imagining what she would say is her only option because Emma is dead. Not only do we feel Joan’s grief, but as readers we grieve for Joan because her transformation from passive bystander to active participant in her own life has been for naught. The person she wants is still gone.

So check out “Not Like What You Said” when it comes out this October in the Fall/Winter issue of Alaska Quarterly Review. Urbanski’s sentences are lovely, and this was another story that almost made me cry as I read it the first time at work, so if you’re in the mood to have your heart ripped out, give this story a read—it’ll deliver.

Tags:"Not Like What You Said", Alaska Quarterly Review, Debbie Urbanski, fiction, reviews, short stories, The Best Story I Read in a Lit Mag This Week