Home
»
Uncategorized
»
The Best Story I Read in a Lit Mag This Week: “The Man Who Couldn’t Give It Away” by Scott Bradfield

When I used to teach intro fiction classes, I noticed that students often turned in stories that featured omniscient third-person narrators, and I can remember doing this when I started writing fiction, too. There’s something very alluring, especially when you first start writing, about being able to access the thoughts of multiple characters, since we’re never allowed this in real life. 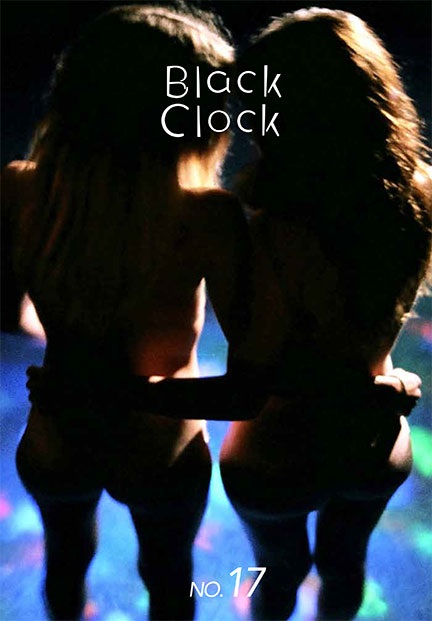 The appeal of the omniscient narrator is that it seems to offer an answer to all of our questions. What is this other person actually thinking? What do they want? What are their true motivations? What’s the real history to this place, this person, this circumstance? Who is right? Who is justified?

By entering other characters’ perspectives, we seem to get a fuller view of the narrative. We’re offered different vantage points and therefore feel as if we have access to a more objective view. We can see things clearly. Less is hidden, and we take this to mean that we’re closer to the truth. I like this tendency of ours. I appreciate it. Humans are curious and we want the world around us to be concrete. We like order. We like to define and categorize, and we like it when others agree with our definitions. We want to know that there is the whole story out there somewhere, even if we don’t always have access to it.

Scott Bradfield’s story “The Man Who Couldn’t Give It Away,” published in Black Clock, features an omniscient third-person narrator, but in fact what stands out about this story is its refusal to let us think that we can see everything.

“The Man Who Couldn’t Give It Away” opens with Phil, a middle-aged man drunk at a bar with his friend Trevor. He’s complaining about women, specifically his wife Lindsay, how she always wants sex and never seems satisfied. We’re allowed access to a few of Trevor’s thoughts in the first scene, but largely this one belongs to Phil and all of his opinions. Later we move into Lindsay’s perspective, and then back to Phil’s again, even slipping for a moment into the bartender’s view, only to return back to Lindsay by the end.

When we first meet Phil, he’s drunkenly pontificating about his wife’s sexual habits. Trevor doesn’t really get a word in, but that seems fine with Phil. We don’t entirely believe what Phil is saying about his wife because he’s a drunk guy at a bar, but we do wonder about Lindsay and make a few assumptions about her. Not because of what Phil says about her directly, but because Phil is obnoxious and she’s apparently the sort of woman who could stand being married to such a sexist, narcissistic guy. Maybe she’s not the best and the brightest out there.

Yet we meet Lindsay when Phil comes home from the bar that night—and she bears little resemblance to the woman Phil describes. She’s in bed and gently asks him the questions anyone might ask, and she doesn’t try to sleep with him. But Phil “knew she wanted it,” which confirms what we’ve started to believe about him: he doesn’t have a great grasp on reality.

The next morning we listen to Lindsay on the phone with her mother. We’re in her perspective, but we don’t get to hear the mother’s side of the conversation, which Bradfield uses to comedic effect. Already we can see that the narrator, while generous in some ways, is happy to keep from us certain information. This is what the third-person omniscient allows us to do.

As the story progresses, we find out that Phil is the kind of guy who keeps stacks of vintage Hustler magazines in his basement, but doesn’t want to have sex with his wife. He’s a drunk. He lacks self-awareness. We know that Lindsay stays married to him, which makes us wonder about her, but then again, she otherwise seems like a reasonable person, as we can see through her conversation with her mother, and her late-night reaction to drunk Phil. She doesn’t know how Phil talks about her when she isn’t around, and we do.

At this point, we can start to feel as if we’re the authority on these people. We have perspective. We can see it all. Their problems, while serious, can almost start to feel like the punchline of a joke. (And Bradfield is funny—both Lindsay and Phil are a little bit ridiculous.)

But just as we start to get comfortable, to feel smug in our knowledge and distance from the characters and their relationship, the narrator withholds and refuses to go where we want it to go. After yet another night out at the bar, Phil disappears. This time he doesn’t come home. In the last scene where we see him, there’s no sense of danger, nothing to indicate that this night is any different from the nights that came before it. There’s no reason to believe he won’t go home to his wife drunk, won’t continue the same speech about women and their lecherous ways. We know that the narrator could follow him to wherever he is and answer our questions about why he left, where he’s gone, and whether or not he’s ever coming back.

Instead, the narrator stays with Lindsay. We can see only what she sees, and we’re left trying to put together the pieces just as she is. We’re pulled into the heart of the story, chastened now that we no longer have access to the same mobility we did at the beginning. It’s jarring, and Bradfield uses this shift to the story’s advantage.

By refusing to allow the reader access to Phil’s thoughts, the narrator replicates Lindsay’s experience for us. Bradfield uses omniscient-third to subvert our expectations and remind us that when people exit our lives, especially those closest to us, we feel our world shrink. The end of any relationship is difficult, painful, and isolating. When we recreate the story of what happened, for ourselves or for others, it’s subjective. There is no easily accessible truth. We can only tell our side. And like Lindsay, we are weighted down with not knowing.

So grab an issue of Black Clock if you can—Phil’s speeches to himself are funny and absurd, and the other characters’ reactions to him are delightful and entertaining. And if you’re impatient like I am, you can download a PDF instead of waiting for your copy to show up in the mail.