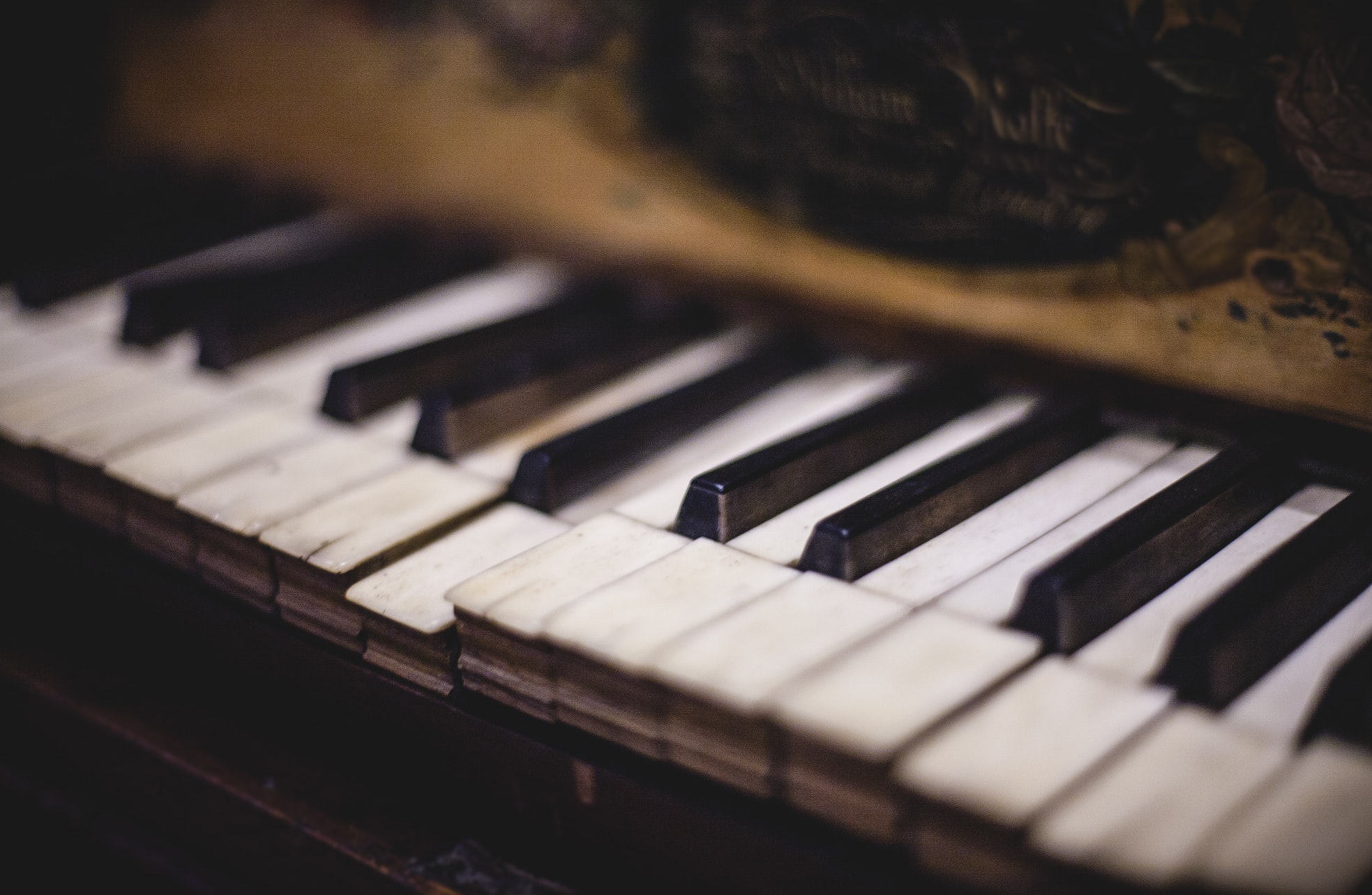 In distance running circles, we talk about the “shelf life” of our legs. The hips, knees, ankles, and feet can sustain only so much wear and tear before they start to give out.

What does impending expiration look like? One day I run a solid 8-miler; the next day I can’t pull my right leg forward. I can move it backward and sideways. I can lift my knee up to my chest and kick my own butt. But the forward-motion pull is excruciating. Ten paces down the driveway and I’m done.

My orthopedist does an x-ray of my pelvis, which shows only the murky probability of…something. He suspects a labral tear in the hip. (The labrum is the ring of soft-but-stiff cartilage along the outside rim of the hip socket, where the ball at the head of the femur connects.)

How long does that kind of tear take to heal, I ask.

So we can assume it’s not that, I say.

Dr. Jenks looks at me. I know the look: a golfer lining up his putt, calculating the right angle to sink it.

I’m ordering an MRI, he says. With an arthrogram. (Code for injection-of-dye-into-hip-joint-with-20-gauge-needle.)

A week later I’m limping into the MRI room, my hip puffy and stiff with the saline/lidocaine/dye cocktail. The MRI unit is a “donut,” the tunnel spacious—big enough for a not-too-large person inside to hold something above her head.

The technician eyes my copy of John Jeremiah Sullivan’s Pulphead.

We have headphones, he says. Most people just listen to music.

We strike a deal: if my hips are strapped down & my feet rubber-banded together to make sure my lower body won’t move when I turn pages, I can take the book in with me. I have just enough space above my head to flatten the spine against tunnel’s roof. Bless you, FSG paperback originals. (Long live the bound book: the Kindle will never see the inside of an MRI tunnel.)

I read “Mr. Lytle: An Essay.” It’s a moving piece. Poor Mr. Lytle, picking his teeth with a sharpened raccoon’s penis bone. I get to the part where Mr. Lytle is cold and asks J.J., whom he alternately calls Boy and Beloved (and, once, Breath of My Nostrils), to get into bed with him. And I start to feel like I might cry. A bad thing, crying inside an MRI tunnel; one tiny quiver and they’ll have to start over.

I close my eyes and wish I’d taken the headphones. To distract myself, I focus on the percussive reverb. Pulsing, hammering, beating. Between each sequence, a low-level buzz. Sometimes I hear a woodpecker just above my hips; sometimes the sound comes from above and below, a heartbeat and jackhammer in syncopation. I start to notice patterns, pick out melodies. A sequence in the key of D-flat major, I’m certain (I’m a classical pianist, with a decent ear for pitch); an arpeggio, top to bottom, D-flat, A-flat, F, D-flat; half-time,140 bpm…tension between drum rhythm and bassline…there’s something familiar here.

Then the bass drops.

I did some research on how an MRI works. Here’s the way I understand it: the body is made of mostly water, and each human tissue contains its unique quantity of water. Normally, the protons in each water molecule are spinning around at random, but if you put them inside a giant magnetic field, they’ll come to attention and point in the same direction. Once you’ve got them all lined up, you fire a radio frequency at them (woodpecker, jackhammer, heartbeat), which knocks them out of alignment. Then you turn the sound off and let the protons come back into their orderly magnetized lineup. And—the crucial part—in the process of re-aligning, they send back little radio waves of their own. Those sounds are what get translated into images.

So here it is: with all our technological advances, the best way to see inside a body is music and rhythm. (Whether or not Dubstep qualifies as music is another topic.) Take an xray of the atoms and molecules in the fleshy matter of the human frame, and you’ll get a vague idea of what might be there; fire some music at those suckers and you’ll get a clear image of precisely the way things are.

In the world of technological imaging, sound is ineffably linked to sight & deeper vision.

Reminds me of the way my favorite writers talk.

Amy Hempel: “Often I’ve started a story knowing the beat, the rhythm of the first line or first paragraph, but without knowing what the words are. I’ll be doing the equivalent of humming a tune over and over again and then this tune will be translated into a sentence. So I might be thinking, da-da-da-da-da-da-dadada, that’ll become, ‘Tell me things I won’t mind forgetting,’ which is the first line of ‘In the Cemetery Where Al Jolson Is Buried.’ And I trust that. There’s something visceral about the musical quality of a sentence.”

Barry Hannah: “Somebody said that the best writing was idealized conversation. Music is like that too. You just start strumming and then you find the words. The work rushes on without urging in a zone of sudden joyful combinations.”

All art aspires to the condition of music. Make music breed with language.

My mother is a concert-level pianist. Growing up, I’d fall asleep listening to her practice some of the most gorgeous and difficult music ever composed. Liszt’s La Campanella, Chopin’s Premiere Ballade. I grew to know those pieces intimately; I loved my mother and those songs sounded like her. When the piano stopped—if I was still awake—I’d keep the music going in my head by changing the notes into words. I did this unselfconsciously. I didn’t even realize I was doing it; the words seemed to originate in the piano.

The poets know this. Start with the music. Let it show you where to go. Katie Ford, in a 2008 interview, said that music is “the great need of a poet. I go hunting for it in the same way I imagine a sculptor goes digging for the right clay in some remote region where the conditions make the red stone soft.”

Last week a young friend sent me the opening paragraph of his story. He wanted to know if he’d found the “right way in.” I asked him to send the rest of what he’d drafted. What he sent was a detailed explanation of how he planned to write the piece—the turns the narrative would take, the parallels that would exist between the first and last sections, the characters he would include.

But what have you done on the page, I asked.

Oh, just that paragraph you read, he said. I’ll write the rest when I figure out what I’m going to say.

Writing back to him, I’m pretty sure I used the term fool’s game.

Flannery O’Connor, discussing the genesis of “Good Country People:” “When I started writing that story, I didn’t know there was going to be a Ph.D with a wooden leg in it…As the story progressed, I brought in the Bible salesman, but I had no idea what I was going to do with him. I didn’t know he was going to steal that wooden leg until ten or twelve lines before he did it.”

In his essay “Not-Knowing,” Donald Barthelme says that it is not only permissible, but essential to come to the page with “a slender intuition, not much greater than an itch…The not-knowing is crucial to art, is what permits art to be made. Without the scanning process engendered by not-knowing, without the possibility of having the mind move in unanticipated directions, there would be no invention.”

I don’t remember how old I was when I became conscious of what I was doing, those nights I listened to my mother play piano. I do remember the sudden realization that the story in my head, the song of words, didn’t make sense. When I started trying to arrange the words—when I tried to shape them into narrative before letting them flow—a lid snapped shut.

[Coda: the MRI showed a stress fracture in my right femoral neck. No running—or any weight-bearing activity other than walking—for three months. I loathe swimming but it looks like that’s going to be it for me this summer, if I want to heal. Trying to prolong that shelf life…]