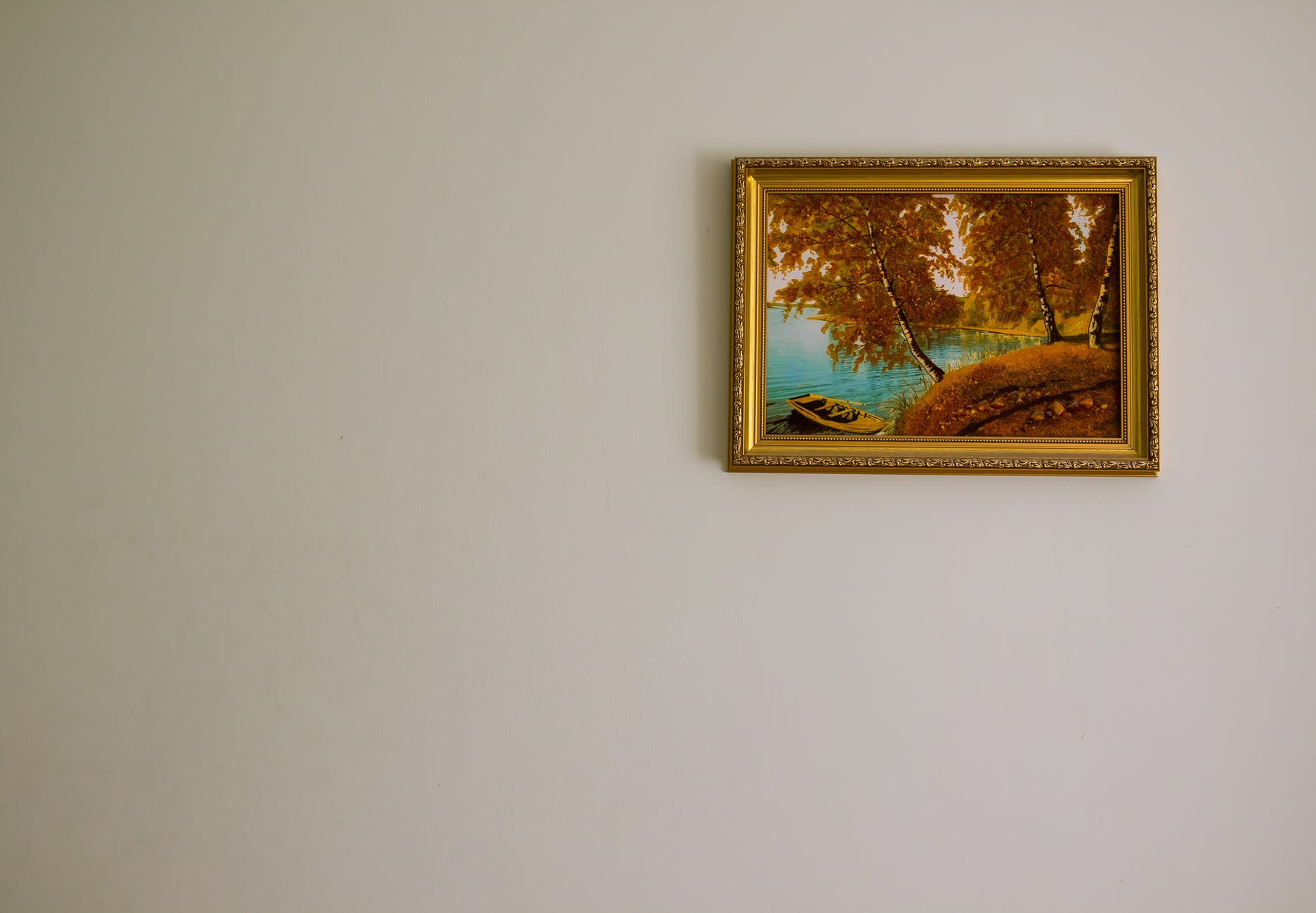 In Jonathan Fine’s beautiful personal essay “Family Palimpsest,” published in February in Hebrew in the literary journal Moznaeem (all quotes translated by me), a young writer creates his own artist’s residency: he takes a leave of absence, locks himself in his father’s ascetic apartment—which does not have Wi-Fi or a television—and gives up his iPhone. All that remains is a desk facing a wall.

But that wall is a world unto itself. Quite the opposite of a blank page, it already contains the influence of two past greats: Fine’s grandfather, a painter; and his great-uncle, a journalist. The grandfather’s artwork hangs on the wall, accompanied only by the nails and nail-holes left by the great-uncle’s long-gone mighty bookshelves. This is a place Fine knows to be an assured site of creativity, a place in which to lose himself in his own work.

But how does one separate one’s own work from all that precedes it? How does one escape the anxiety of influence when influence is literally all around? For Fine, influence is both direct and filtered through his father’s recollections, both bitter and sweet, of his ancestors. Fine must, then, contend not only with the artistic influences all around him but also with the influence his father has on him as he attempts to flesh out these elders he barely knew and whose lingering presence now muddies his concentration on his own writing.

From the moment his father moved into this apartment when Fine was a teenager, the room has served for Fine as a place of study and isolation, from which he is sporadically pulled out by his father to help with different tasks and engage in convoluted discussions of family lore. This time Fine’s self-created residency is no different. His father has a complicated relationship with his dead ancestors, recalling their formidable talent as well as their character weaknesses. He takes great care of their art even as he laments the impression of absence they left on him while they were alive. As he recalls anecdotes, victories, and injustices, Fine’s father utilizes the previous generation as synecdoche for his son. The grandfather and great-uncle’s experiences and artistic careers become ways of allegorizing Fine in his father’s eyes. The reminiscing, however, soon turns to the question of art versus life—can one live a life of art, fully and truly, if they are invested in the joys and distractions of everyday life? Would Fine be successful choosing art even if it meant rejecting life? This question is deeply rooted in all these men’s careers. The great-uncle had a paying writing career. The grandfather had a part-time job, which he left each day to head straight for his canvases. The father, once-owner of his own small visual design business, had turned to a life as someone’s employee, not only in order to pay the bills but also because, as he admits, when he had a spare hour at his easel he found he had nothing to say. What kind of artist would Fine be? his father asks. Would he devote himself fully to his writing, or would he be tempted by the siren song of life? Which path of his ancestors would he draw influence from? The life of art or an artful life?

His father’s lectures soon begin to aggravate Fine, who wants to be his own man rather than a product of influence. Fine decides to launch an investigation into the family history and get a clearer, unfiltered look at what came before him. Poring over archival materials, Fine discovers these men’s lives separate from the love, disdain, resentment, and protectiveness of his father’s retelling. What had felt like “the perfect individualistic act”—his choice to disconnect from society and devote himself to his craft—is now part of a greater familial heritage of artists who had their own versions of individualism as they fought to forge their own careers in the arts.

He digs into the volumes of his great-uncle’s writing, as well as reviews and biographies written about him, and discovers, to his surprise, that he was a translator as well as a writer, just like Fine. He recognizes in the great-uncle’s writing a grandiosity that is often criticized in his own, as well as myriad other little incidental connections which, when put together, feel significant. His grandfather, on the other hand, turns out to be a modest, kind-hearted, celebrated visual artist, in spite of his relatively limited oeuvre. Quite the opposite of his pen-is-mightier-than-the-sword great-uncle, Fine’s grandfather made art that was described as containing “a sense of the primary derived from a near childlike view of the world.” Though not stated clearly, these descriptions of an optimistic, modest artist seem to draw less identification from Fine, inspiring instead a sense of distance, estrangement, and perhaps a hint of envy.

Comparing himself to his forebears leaves Fine feeling both more and less special in his choices. The sense that his choice of the arts was meant-to-be inspires, but also demotivates. The kind of writing his great-uncle was famous for has fallen out of favor. What if he’s missed his mark? What if the time for artistic grandeur, so celebrated in the days of his great-uncle is gone? What if those who came before him had done all there was to do? What if he was, as his father teases, born in the wrong generation? Perhaps the problem is not being influenced at all, but being influenced by the wrong source.

As he examines a painting named “The End of September” which hangs above his head, Fine notices a dedication made out to him. Dated two weeks after his birth, the dedication contains Fine’s first name, an acronym for the words “mazel tov,” and another indecipherable acronym. Fine’s father is perplexed and fascinated by the mysterious acronym, disrupting the privacy of the artist’s residency by standing over his son—both literally and figuratively—as he lets go of his resentments for a spell to try (and fail) to decipher the abbreviation’s meaning. The father loses himself in thoughts unknown to Fine or to us, forgetting about his son’s purpose in this room—transported, perhaps, to a time long-gone, to his own influences.

Like a gift from the past, the painting and its bearing of Fine’s name appears to Fine as an invitation, coaxing him to join his predecessors in the courage to make his art as only he can, connected and separate from everything that came before. Eventually, his father gives up on his investigation of the mysterious acronym and leaves the room, granting Fine his privacy back. When this happens, Fine can finally let go of influence and the anxiety it inspires, and put pen to paper, just him. “I leave the wall be for the time being, and return to what brought me here in the first place: the perfect individualistic act.”