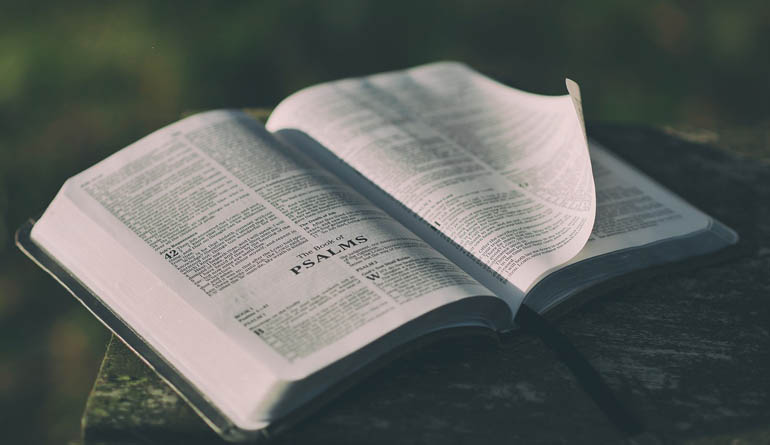 Meek Mill’s latest album Wins & Losses confronts what it means to be a young black American. With songs such as “Young Black America,” Meek questions whether the black church has turned its back on the black youth. When Meek raps, “Pastor rollin’ up in that Rolls, pullin’ up in that Holy Ghost / Preaching, while niggas dying by the Bible code,” Meek challenges the idea that faith, prayer, and the Bible will save black people from dying young in the hood. But, in “Issues,” Meek references God again, but in the context of a prosperity prayer, equating money with being blessed. Even though Meek Mill’s Wins & Losses expresses anguish over black death, he perpetuates some of the pitfalls of worldliness, such as materialism, which causes people to be sacrificed at the expense of prosperity.

In “Young Black America,” when Meek says, “It’s kinda crazy there’s another world,” he’s making reference to the prosperity of preachers on the other side of town. Meanwhile, the average black youth is experiencing oppressive conditions on his side of town. Meek relays what it’s like to be a young black male struggling to live, without getting caught up in the criminal justice system. Despite the isolation of living in the hood, black youth know the punishment rendered is unequal for black and white lives in America. If a “White man kill a black man, they never report us / Black man kill a white man, they gon’ start a war up.” When the same type of crime is committed, since the legal and social punishment is more severe, black youth realize that a higher value is placed on a white life than a black life.

In reality, for young black Americans, the justice system is a socioeconomic trap. While a white person may never be reported, arrested, charged, and/or convicted for taking a black life, if a black person is convicted as a felon, there’s (almost) no employer that will hire him. Yet, despite the inequality embedded in the criminal justice system and the economic struggles of young blacks, the black preacher has prospered. In Meek’s video “Young Black America,” Meek questions whether faith, prayer, and the Bible will save black lives. Due to a cycle of poverty, the facial countenance of black youth depict their economic frustration. There are young black kids who have been robbed of their childhoods. For many of these impoverished young people, they receive “No toys for Christmas.” As a result of economic deprivation, by the ninth grade, some youth carry “a Smith and Wesson” as solace for a system and home life that has made them resentful, evil, and hungry.

As the video concludes, after handing a young man a gold and diamond medallion necklace, Meek climbs into a black Rolls Royce. Apparently, Meek has left his youth behind. He’s now like the archetype of the black preacher who lives on the other side of town. But, after seeing how the system works and how black men are destroyed by hate, his faith will never be the same. Perhaps, Meek is saying that prayer and the Bible won’t save them from losing their lives in the hood. Or, black on black murder is partially rooted in an Old Testament Bible code, which speaks on an eye for eye. Whatever, the many reasons for black murders, the cycle of oppression remains. As the video ends, the same young black male is running and looking back. An adult black male has a gun squarely aimed at him, and the youth is trying his best to escape an early death sentence.

With Meek’s song, “Issues,” he abandons his concerns over senseless killings of blacks and his words of social consciousness in exchange for prosperity rap. Like a well-off black preacher, he’s able to travel, buy nice cars, and flaunts his entourage for his haters to cringe and envy. His issues are no longer ones of an impoverished black youth. Now, he’s surrounded by more money, which has led to more problems. And, he’s celebrating an adult life of luxury and pleasure at his fingertips. He’s rich and he’s flaunting it for the world.

Young rich nigga so official
Neck so disrespectful, might offend you (woah)
Bunch of bad broads on the menu
Bunch of foreign cars when we bend through

When listening to the song “Issues,” Meek talks of praying to the Lord “to get a brick,” block of cocaine, we assume to escape a life of poverty. Then, he refers to entertaining “famous bitches” in his trap (drug) house. By using the word “bitches,” he makes plain that he values these women only in the context of pleasure. Then, he thanks “God for all this sauce,” as if his faith is tied to how much money he can make and profligate. As listeners, it’s important not to confuse a rapper’s past life or current image with their actual lifestyle. Nevertheless, the image that Meek portrays, in the song and video, is one that lacks social consciousness and substance.

Beautiful women lay on yachts, while men ride jet skis. In the blue waters of Miami, his entourage soaks in the celebration of Meek’s success. Nevertheless, it’s clear that Meek has something to say to those who are offended by his bad broads, foreign cars, and material excess. Meek says, “Niggas prayin’ that I fall and I wish ’em well.” In other words, his enemies may wish for his demise, but he’ll still thrive.

Both “Young Black America” and “Issues” confront how money works on both sides of town. In “Young Black America,” Meek highlights how the criminal justice system sentences a young black youth to a lack of opportunity, prison, and/or death. Meanwhile, “Issues” highlights how money provides access to material excess, squelches the resentment held since poverty, and nourishes a formerly hungry soul. But, by focusing on faith and prayer, in both songs, exclusively for monetary gains, Meek misses multiple opportunities to demonstrate how money could positively serve the black community. Meek glorifies a lifestyle that causes some people to take other people’s lives over envy. Apparently, even though Meek thinks the murders of blacks is a shame, he’s still going to focus on his hedonistic pleasures and his endless grind of getting more paper.