Home
»
Series
»
The Black Aesthetic: Guns & Execution in TI’s Us or Else 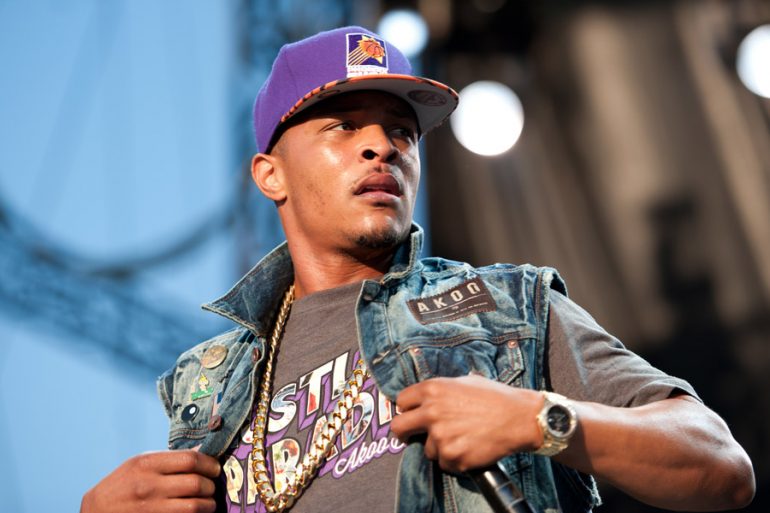 As an impassioned advocate of the Black Lives Matter movement and hip-hop’s resistance to Trump, Tip “T.I.” Harris is a socially conscious rapper who’s unafraid to march and protest. In his latest album Us or Else: Letter to the System, T.I. exposes America’s obsession with guns, questions the senseless killings of African American men by both blacks and whites, and the imminent need for social retribution. With T.I.’s “Warzone” and “Black Man,” guns are featured as a complex entanglement of both violence and protection as the tragic impetus for executions.

This goes to the white boy that ran in the old church
I hope you get slow murked, and they torture you slow first
Ran in our place of worship to slaughter our grandma
Won’t go kamikaze for that, well what would you die for?

This powerful verse from “Warzone,” perhaps offensive to some, is an allusion to Dylann Storm Roof. Last year, in Charleston, Roof murdered nine church members mercilessly during Bible study. Evil lurked behind his unsuspecting blue eyes and chili bowl, dirty blond hairdo. But T.I. minces no words for the twenty-one-year-old. For T.I., state execution is the only method of retribution for the white supremacist with mass murder on his mind. Thankfully, T.I. doesn’t feature Roof’s crimes in his video for “Warzone.”

Instead, dramatic irony places us in the mindset of those martyrs as black and white lives are reversed. A young, white male leaves his mother’s home as she prepares a meal he’ll never eat. An innocent boy plays outside; he’s shot down dead like Tamir Rice with a pellet gun in his hand. A black officer takes down a burly white male who, with panted breath like Eric Garner, mouths against the pavement, “I can’t breathe.” Another white male tries to adhere to an officer’s request as his white girlfriend and her young child look on. The black cop shoots him dead like Philando Castile.

For some of us, our stomachs churn. We anticipated what would happen. Yet we’re confronted with T.I.’s rhetorical question: If white males were martyred in the streets like Trayvon, Tamir, and Alton, would black lives matter? As the video concludes, two columns list the names of black martyrs and the words “THE NEW RACISM, IS TO DENY RACISM EXISTS,” expose the hypocrisy of those who fail to demand equal protection and justice for all.

The theme of social retribution for gun violence continues with T.I.’s collaborative song “Black Man.” The black male is centered as the prey of police who deny their humanity and as the victims of their own self-destruction. The black and white video also features rappers Quavo, Rara, and Meek Mill. After Quavo raps about the constant surveillance of black men from their sneakers to the jerseys they wear, Meek Mill laments how “all of my brothers turn to assassins” as a black choir sings near a casket. T.I. follows up on the track by slamming the All Lives Matter rhetoric:

We say black lives matter, you say all lives
But y’all ain’t the ones gettin’ hogtied
Persecuted, executed, one day it gon’ be time for retribution
Hope you don’t ever see your son in an institution

Perhaps, if whites experienced the same mortal danger from police, as those in Baton Rouge, Ferguson, Florida, or Baltimore, there would be more empathy for the Black Lives Matter movement and their demand for accountability. But, until then, T.I. stresses that his (white) listeners consider how they would respond if they were suddenly persecuted or executed by those who are sworn to protect and serve. Or, perhaps, they should ponder how they would feel if their child was contained in one of our unjust criminal institutions.

Beyond the role reversal of black and white lives, the theme of retribution continues. T.I.’s lyrics drift briefly toward the afterlife. T.I. reminds those who lack empathy that Judgment Day will, some day, be upon us. If perhaps, on this earth, you never learn how it feels to experience injustice, there “Ain’t no deception, tryna get in Heaven / You gettin’ nailed, bet it’s on your Mary.” Here, T.I. reminds believers that there’s a spiritual cost—perhaps one’s soul—for denying the humanity of another due to their skin color. And saying a Hail Mary without the contrition behind it may not save you.

Both “Warzone” and “Black Man” depict the prevalence of gun violence in America. Tragically, it’s black men who lie most in the line of gunfire from both blacks and whites. Therefore, T.I.’s theme of retribution resonates. Generally, there’s harsh punishment for a black man who kills. But for a white man, particularly a white cop who kills a black man, punishment, if any at all, varies. Thus, all lives will matter when black lives matter, too. T.I.’s Us or Else demands we acknowledge American hypocrisy. There is no equal justice when your humanity is always in question. For a black man, he must look over his shoulder whether he’s living in the hood or working as an educated banker on Wall Street.