Home
»
Series
»
The Black Aesthetic: Love and War in Miguel’s “Told You So” and “Shockandawe” 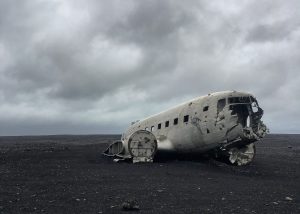 Miguel’s latest album War and Leisure is passionate and political. Although known for his sexy love ballads, War and Leisure is a subtle commentary on war and political violence. Miguel, in this album, seems to have a hunger for normalcy—which, in Trump’s America is all too familiar. Maintaining creativity and passion with our everyday activities while remaining politically engaged is the new normal that Miguel’s War and Leisure insists we talk about. For Miguel, this meant planning his wedding, politically protesting, and composing a new album.

In “Told You So,” Miguel sexily sings “I am gonna show you / The world, and all that you desire.” He has fallen hard for a woman, but he makes it clear that he won’t inhibit her independence. He has no desire to control her. In other words, perhaps feeling inspired by his own personal life, he’s preparing to share his world with her. Instead of isolating her from the ever-changing milieu around them.

Underneath Miguel’s romantic surface is a man who’s thinking about more than love. In a Billboard article by Alex Gale entitled, “Miguel Talks Prepping His Most Politically Charged Album and Planning His Wedding,” it’s clear that he had both politics and love on his mind during the creation of this fourth album. Gale wrote about how Miguel was “protesting with immigrant rights advocates in front of the controversial Adelanto Detention Center […] for undocumented immigrants […] where in recent months three detainees have died” and five have attempted suicide. Outraged by the corporations who use the detainees as cheap labor, he followed the protest with a free concert for the cause.

Echoing this political activism, the “Told You So” video depicts a military exercise. Standing in the middle of the desert, Miguel turns his back to the audience. A missile shoots into the air. He shows us the world, and instead of paradise, it’s a group of armed military men. Immediately, after singing the words, “Every pleasure you taste has its price, Babe,” there is an explosion on the ground. Then, an image of a military tank appears before the image of people holding the American flag, which is a symbol of freedom and hope for many. Eventually, images of anti-Trump protesters appear. Signs like “No To Racism No To Trump,” and “No To Scapegoating Muslims” are held throughout the marching crowd. Toward the end, an image of Martin Luther King, Jr. surrounded by many men is flashed across the screen. Then, Miguel stands there looking above, as a small plane crashes to the ground. The video ends with a black background and the words TOLD YOU SO in yellow. As if to say, slow down and pay attention to the American signs of dystopia.

Gale writes that after years of singing about “lust, love, and lechery, Miguel has gradually been putting his political beliefs more front and center.” However, Miguel’s “focus is still on the bedroom, but the music is threaded with a subtle yet undeniable subtext: Donald Trump and the dystopia he’s ushering in.” With Miguel’s song “Shockandawe,” the title makes evident that politics is the subtext behind the up-tempo song about America’s military might. In “Shockandawe,” the song’s title alludes to a military doctrine of “rapid dominance.” When he sings, “United Nations keep watchin’ / I’ll play the hero,” he’s referencing how America plays the world’s savior, yet uses power and a show of force to vanquish our enemy’s desire to fight.

According to the official website of the United States Marine Corps, the word “oorah” is a war cry that means “let’s kill.” Then, Miguel taunts his audience by saying “Yeah, I said it,” because he knows that most people are unfamiliar with his allusion to a popular Marine Corp battle cry. But, as I listened to him sing the words “I rock” and “I ran,” the way he runs the words together, it sounds like he’s using puns to mean “Iraq” and “Iran.” To many Americans, both Iraq and Iran represent our imposing presence in the Middle East. With the refrain “Bang bang, baby, break yourself,” he employs the use of onomatopoeia because the word “bang” sounds like what’s being described. By using the words “oorah” and “bang,” there’s an implication that America’s interference in the Middle East has resulted in violence, death, and destruction.

Both “Told You So” and “Shockandawe” express the need for clarity in the midst of being in love in a world that’s constantly at war. In the “Told You So” video, Miguel sings and dances passionately, but images of anti-Trump protesters and explosions flash like flitters of unrest. Whereas “Shockandawe,” sounds metaphorically like a sexy song, but the political undertones are about America’s use of force and might, to force other countries into submission. With Miguel’s album, War and Leisure, he suggests that us Americans continue to love, have fun and create, but we must resist any president that could start a war with a 140 or 280-character tweet.

Tags:Donald Trump, Miguel, Shockandawe, Told You So, War and Leisure