Home
»
Series
»
The Black Aesthetic: Salvation and Deliverance in Jimi Hendrix’s “Hear My Train A Comin'” and “Purple Haze” 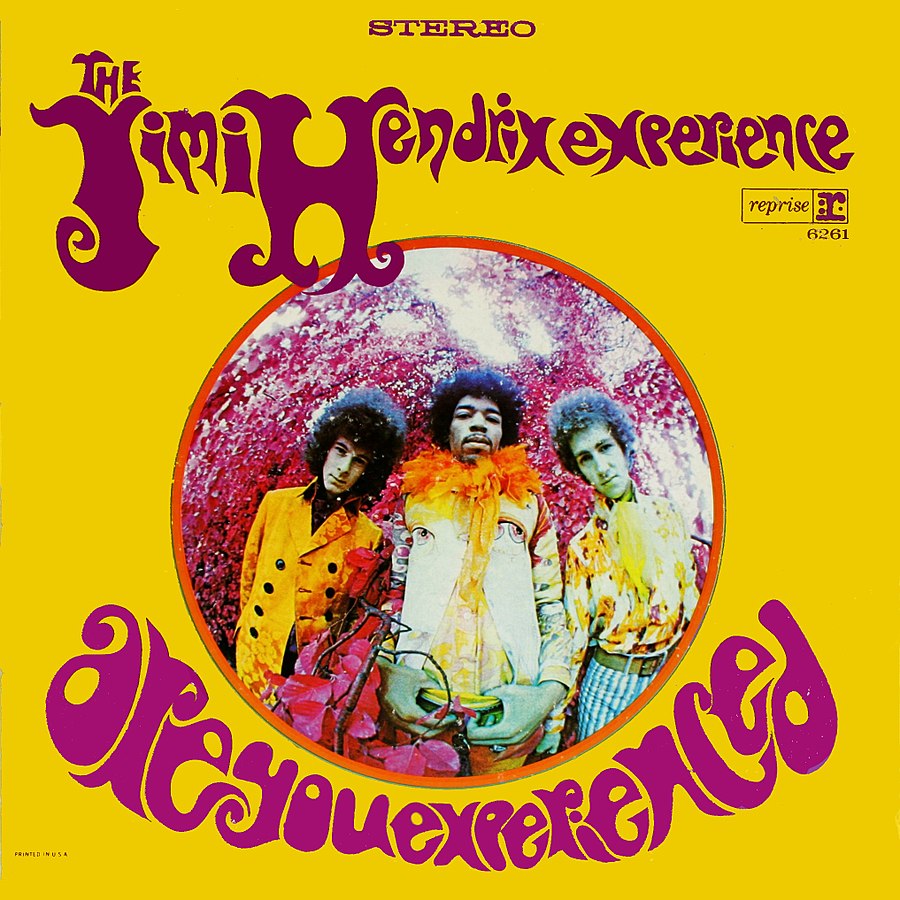 Forty-seven years ago, in the month of September, the legendary blues rock singer Jimi Hendrix died. When Hendrix passed away suddenly from an unintentional drug overdose at the age of twenty-seven, he was at the peak of his musical career. With songs like “Hear My Train A Comin’,” he employs the metatphor of a train, symbolizing personal and/or social salvation in Negro spirituals. Lyrics such as “Waiting for that train / Take me, take me, take me away,” express a desire for emancipation from one’s circumstances. Hendrix became a star in America when he set his guitar on fire during a performance of “Purple Haze.” Due to Hendrix’s desire for musical fluidity, lyrics such as “Purple haze all in my brain / Lately things just don’t seem the same,” have been interpreted differently by critics. But, whether Hendrix is referring to being under the influence of drugs or a woman, his lyrics reflect a desire to escape one’s mental and/or physical circumstances, in hopes of eternal deliverance.

In “Hear My Train A Comin’,” the train represents salvation. When Hendrix says, “Waiting for that train,” his blues-filled voice sounds desperate for an imminent escape. He croons, “Too bad you don’t love me any more, girl.” Apparently, his girl’s “people,” friends and/or family have put him down and he refuses to stay for any more rejection. To escape the emotional depths of alienation, he must leave her. Despite the “tears burning” his eyes, he hears his train and he’s ready to abandon his loveless relationship.

As we listen to Hendrix’s raspy, love-torn voice, it’s easy to assume this song is primarily about a broken relationship. But, without contemplating the metaphorical meanings of trains in the African American culture, listeners may misinterpret the social and historical context of the song. In the African American musical tradition, the train has significance rooted in the liberation and salvation for those who’ve heard Negro Spirituals. When the Selah Jubilee Singers recorded “Gospel Train” in the 1940s, the sounds of the train could be heard in the background. The gospel train is a metaphor for getting one’s life straight in order to receive salvation in heaven. Then, there’s Cow Cow Davenport who recorded a song called the “Jim Crow Blues” (1929). Davenport sings of his “black soul” and how he’s headed back to Chicago without his Southern girl. By employing the words Jim Crow, he’s alluding to the racial segregation that restricted Black mobility in the South.

Moreover, there’s an implicit cultural connection between Hendrix’s blues song “Hear My Train A Comin’,” and the railroad metaphors of the Underground Railroad. According to the Library of Congress, since “many African American religious songs include references to trains, it is often asserted that these were used as code for escape to freedom.” Even though the Underground Railroad was a network to assist fugitive slaves in escaping slavery, “spirituals about trains could be about both salvation and the desire for emancipation at the same time or, after emancipation, they could express a desire for greater freedom in both this life and the next.” Listeners can’t forget that Hendrix’s music comes from a blues tradition that is rooted in Negro Spirituals–his train is a metaphor for both liberation and salvation in a personal, social, and historical context.

With Hendrix’s song “Purple Haze,” the escape theme is also present. In 1967, during a Monterey Pop Festival performance of “Purple Haze,” in the United States, Hendrix bends provocatively on his knees and sets his guitar on fire. Then, grabs the guitar by the neck and bangs the body of the instrument against the stage floor. His artistic desire to operate outside the norms was appealing to Western society because we had become suspicious of institutions. And, his reckless stage behavior in tight red pants, yellow ruffled shirt, and black and white vest, fractured the boundaries of acceptable society. Due to his subversive behavior, this iconic moment made him a star here in America.

Purple haze all in my brain
Lately things just don’t seem the same
Acting funny, but I don’t know why
‘Scuse me while I kiss the sky

Here, Hendrix’s words in “Purple Haze” sound beautiful but lack clarity, both literally and figuratively. Lines like “Purple haze all in my brain” sounds like his mind is fogged and confused. He’s aware that he’s acting strange, but he can’t figure out why. Then, he offers a hyperbole, “‘Scuse me while I kiss the sky,” which creates an impossible image that’s only feasible in a dream or in a hallucinogenic state. That’s why Hendrix’s genre of music is also classified as psychedelic rock.

Even during Hendrix’s lifetime, he offered multiple meanings for his songs. According to Jesse Wegman, who wrote “The Story Behind ‘Purple Haze’,” Hendrix claimed that the lyrics “came to him in a dream after he had read a science fiction novel.” Later, Hendrix offers an alternate explanation for the lyrics that allude to an altered state of mind. Perhaps he’s not on drugs or out of his mind. His second verse says, “Am I happy or in misery? / What ever it is, that girl put a spell on me.” This line suggests that his song is not about drugs. Instead, it’s about a man seduced and now he’s crazy in love. Regardless of Hendrix’s alternate explanation, various listeners still insist that this song is primarily about drugs.

Both “Hear My Train A Comin’” and “Purple Haze” express the desire for salvation and emancipation from one’s personal and/or social circumstances. Hendrix deeply craved the freedom to create outside genre norms. And, in terms of musical appreciation, he brought cultures together with artistic ingenuity. Each of Hendrix’s songs displayed an eccentric genius that according to Wegman “got sounds out of his guitar that no one had ever heard before.” Since he was a left-handed performer, “he restrung his guitar and turned it upside down.” Ironically, despite his inventive style of playing (with his teeth sometimes), his complex lyrics, and awe-inspiring performances, he hated the sound of his voice. Whether insecurity or social pressure led him to use drugs, Hendrix was dead tragically by 1970. Three years after becoming a superstar in America.