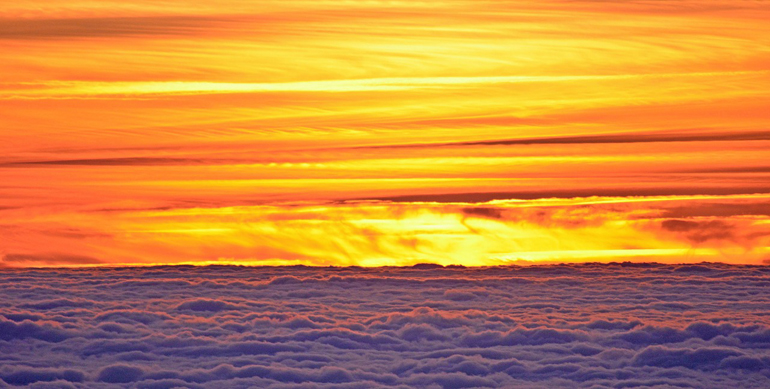 In 1977, celebrated science fiction writer James Tiptree Jr. was revealed to be a sixty-one-year-old woman named Alice Sheldon. While it was widely known that Tiptree was a pseudonym, it was also widely assumed that Tiptree was a man; fellow sci-fi writer Robert Silverberg famously wrote that the idea of a female Tiptree was “absurd,” because “there is . . . something ineluctably masculine about [his] writing.” Just as Jane Austen’s novels could not have been written by a man, he wrote, Hemingway’s stories (and, by extension, Tiptree’s) could not have been written by a woman.

After her true identity was revealed, the female writers with whom Sheldon corresponded took it well, while the male writers mostly dropped off. More surprisingly, one of her closest friends, noted feminist Ursula K. Le Guin, commented that she preferred Tiptree’s writing to that of Sheldon’s female persona, Raccoona Sheldon. “Raccoona, I think, has less control,” Le Guin wrote, “and thus less wit and power.”

This episode is faithfully recounted in Siri Hustvedt’s 2014 novel, The Blazing World, which presents a more elaborate version of Sheldon’s hoax. The protagonist, Harriet Burden, is a widowed sixty-something artist whose work languished in relative obscurity until she recruits three men to claim her work as their own. Presented as a biographical collection of notebook entries, statements from family and friends, newspaper clippings, the book explores the ways in which her male personae fundamentally change the reception of the art, and possibly even the art itself. As Harry’s mother says while telling her Sheldon’s story, “When you take on a male persona, something happens.”

But what happens, exactly? The most obvious answer is that the art world, like the literary world, automatically treats works by men with more gravitas. And The Blazing World is insightful about the ways in which male artists are treated differently; while Harriet’s work was met with indifference, not least because she was known as the wife of a prominent art collector, all three of the art shows that men take credit for are instantly buzzy and acclaimed. A male critic who described her work as “fussy”—as well as “high-flown, sentimental, and embarrassing”—fawns over one of her male stand-ins as an ironic genius. Even after Harriet’s hoax is revealed, the critic refuses to admit that he was wrong, and insists that the man must have been primarily responsible for the work, and that Harriet was simply riding the coattails of his promising career. As Harriet laments, “So unjust being treated as a woman first, always as a woman. I rebel. Why womanliness first? Inescapable.”

But rather than simply indicting the overt sexism in the art world, The Blazing World sets out to illustrate that the value of art is inextricably tied to the reputation of its creator. Her first patsy, Anton, is a naïve young man who worships Andy Warhol and characterizes his art by repeating, “It’s a conceptual thing,” which leads the art world to paint him as an elusive savant, Being There-style. Her second patsy, Phineas, is gay and biracial, so although his gender-related exhibition is well-received, it is also quickly forgotten as a result of its “niche” subject matter. By contrast, when a white, Aryan-looking up-and-comer named Rune takes credit for a feminist exhibit created by Harriet, he is hailed as a subversive visionary. His work is automatically viewed as “knowing” about the fluidity of gender rather than earnest about social justice, self-aware about its influences rather than unoriginal. He becomes the most successful of the three men, not only because he already had an artistic career, but because he had the mystique of the rebellious white male artist, the universal “outsider” rather than the obscurely oppressed.

Harriet is well aware that the mythology surrounding the Great Artist is inherently male (as well as white, straight, cis, middle-class, etc.). In her experiment, she sets out not only to expose that myth to the outside world, but to create a mythology about herself as an artist that allows for greatness. She questions whether art attached to her name (and therefore identity) would immediately become “old-womanish,” and claims that she enjoys fusing her identity with these men in order to change the very nature of her art. Once she is fused with Phineas, for example, her work is suddenly “queered,” which adds a different layer of meaning to her work. “I like being queered with him,” she writes, “paired and queered.” Her partnerships with these men become more than the sum of their parts; they become a narrative that allows the art to take on a life outside of her own, decidedly un-glamorous identity. And, more importantly, they allow her to become more than she is. She describes herself as “a Prometheus. I am myself a myth about myself. Who I am has nothing to do with it.”

In the seminal art history essay “Why Have There Been No Great Women Artists?” Linda Nochlin claims that there is a two-pronged solution to the lack of female art geniuses in history. First, women artists have been overlooked, and their work has often been attributed to their husbands or other men in their lives, which makes a feminist approach to art history scholarship all the more important. But also, institutional oppression has made it virtually impossible for a woman to achieve greatness even just inside of herself.

Things as they are and as they have been, in the arts as in a hundred other areas, are stultifying, oppressive, and discouraging to all those, women among them, who did not have the good fortune to be born white, preferably middle class and, above all, male . . . The miracle is, in fact, that given the overwhelming odds against women, or blacks, that so many of both have managed to achieve so much sheer excellence, in those bailiwicks of white masculine prerogative like science, politics, or the arts.

The Blazing World acknowledges both of these truths; Harriet was indeed overlooked as a result of her gender, age, and association with a powerful man. But it’s also true that her art achieved new heights of creative boldness when she fused her identity with three different men, mostly because the mythology of manhood affords her more freedom to take risks. Her partner, Bruno, tells the reader that, “Despite her fears about the outside, Harry was free inside,” and recounts her sculpture called “The Heathcliff”—a bombastic work of art made of pages from books, ripped up lace, and bronze with cuts in it that showed a figure with a birdcage crushed between its hands and large breasts hanging from its chest. When Bruno points out that Heathcliff was a man, Harriet fiercely repeats the famous line from Wuthering Heights, “He’s more myself than I am.”

This is not necessarily a story about transgenderism; Harriet never expresses a desire to live as a man or even think like a man, only to create as one. She reflects that she only became uninhibited—“unfettered”—at the age of fifty-five, and wistfully imagines that if “Harry” had been more than just a cute nickname, “the other Harry Burden might have . . . unleashed herself earlier.” Just as James Tiptree Jr. wrote with more control and “power” than Raccoona Sheldon, even though they were the same person, Harriet Burden’s art was more timid than that of the male versions of herself. Her experiment not only allowed her art the freedom to be evaluated separate from her gender, it gave Harriet the artist a newfound freedom inside of herself.

But in the end, the novel’s private joke is that Harriet will never truly be free from the strictures of female identity. Hustvedt significantly formats the novel, not as a series of first-person diary entries by Harriet, but as a curated collection of testimonies from Harriet, her lover, her children, her patsies, her critics, and other acquaintances. The fictional biographer, I.V. Hess (it’s never made clear whether I.V. is a man or a woman), admits in the introduction that s/he didn’t quite understand Harriet’s filing system for her many notebooks, and couldn’t decipher many of her notes. Rather than allowing Harriet to speak for herself, I.V. makes Harriet’s version of events one among many. Just as her identity in the art world was filtered through the identity of her husband and then her male partners, much of her biography is filtered through others’ perspectives. According to The Blazing World, this is not only the experience of the female artist, but the experience of womanhood in general. (Most tellingly, only two characters’ testimonies in the biography are labeled “Edited Transcript” rather than simply “Written Statement,” and they’re both women.) Harriet wanted to take on a male identity not only to play a trick on the art world, but also to experience, for the first time, the feeling of a whole identity that wasn’t constantly fragmented into a “female identity.” But the joke is on her, because she only ensured that her identity would forever be defined by the men in her orbit.