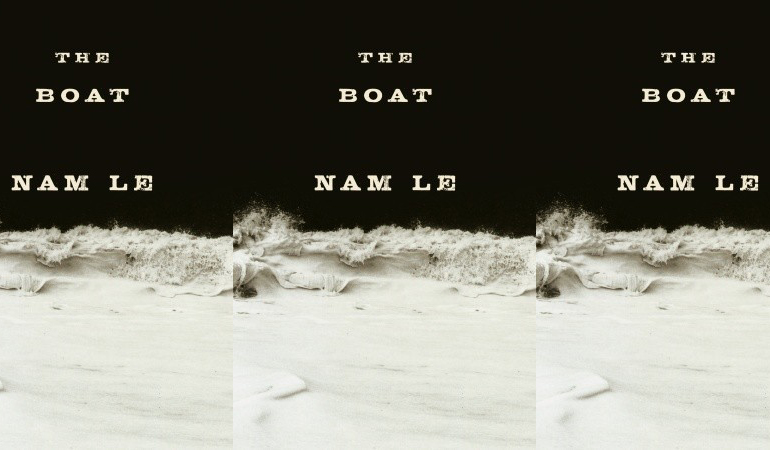 “Ethnic literature” is one of those terms that has come into usage but whose meaning eludes clear definition. Is it literature produced by writers of color, immigrant writers, writers in translation? Is it literature featuring characters from “ethnic” backgrounds? Questions about “ethnic literature,” its place, and its limits permeate Nam Le’s 2008 short story collection The Boat. Le uses the term broadly, and seems to be referring to what is written when “a Chinese writer writes about Chinese people, or a Peruvian writer about Peruvians, or a Russian writer about Russians.” His somewhat flippant definition plays into his interrogation of the term as a sweeping generalization for many kinds of writing as well as the conflict around what it means to be Vietnamese and a writer but not necessarily a Vietnamese writer. In seven wide-ranging stories, Le subverts and celebrates what is meant by “ethnic literature,” helping to redefine its scope based on his own storytelling principles.

The first story in The Boat, “Love and Honor and Pity and Pride and Compassion and Sacrifice,” centers on a Vietnamese writer in an MFA program in Iowa struggling with writer’s block. The story is coyly self-referential, with a narrator who shares many biographical traits with Le, including a Vietnamese background, a youth spent in Australia, and a previous career as a lawyer. The use of these personal details grounds the story and allows Le to co-opt some of the trappings of “ethnic literature” when considered writing about “‘your background and life experience.’” Le’s use of his personal history in constructing his narrator plays into this assumption. As the story goes on, however, this expectation of how writers of “ethnic literature” use their backgrounds in their writing is deconstructed. The narrator struggles with how to write his own story, to which his friend remarks: “‘Writer’s block?. . . How can you have writer’s block? Just write a story about Vietnam.”

But is it that simple? In his MFA, the narrator has plenty of chances to encounter the material benefits of such an approach. He attends a reading by “the workshop’s most recent success, a Chinese woman trying to immigrate to America who had written a book of short stories about Chinese characters in stages of immigration to America.” A writing instructor tells him, “‘It’s hot…Ethnic literature’s hot. And important too.’ A couple of visiting literary agents took a similar view.” There are the reasons why someone might choose to embrace writing to the expectations of “ethnic literature,” but anecdotes about “a Harvard graduate from Washington, D.C., who had posed in traditional Nigerian garb for his book-jacket photo” reveal the extremes of this approach. The trends and marketing portrayed in “Love and Honor and Pity” suggests that rather than being foundational, “ethnic literature” is a fad—or, worse, a fetish. It maintains rather than counters the power dynamics around what stories are told. “Ethnic” stories may be “subtle and good,” and they may be important, but there is little positive to say about this sort of commodification. Faced with these pressures, it’s no wonder the narrator finds himself unable to write.

A shift occurs, though, when the narrator’s father comes to visit. With his father around, the narrator has a chance to reflect on their relationship and his childhood, including his memories of his father’s experience in the Vietnam War. At fourteen, the narrator overheard his father telling the story of how he, also at fourteen, survived the My Lai massacre. The narrator knows the weight and horror of this story, but he also knows an opportunity when he sees one. He thinks, “Fuck it . . . . I would write the ethnic story of my Vietnamese father. It was a good story. It was a fucking great story. I fed in a sheet of blank paper. At the top of the page, I typed ‘ETHNIC STORY.’” The narrator isn’t wrong—it might be a great story from a certain perspective—but it is also an unspeakable story. The narrator fantasizes that his father “would read it . . . and he would recognize himself in a new way. He would recognize me. He would see how powerful was his experience, how valuable his suffering—how I had made it speak for more than itself.” To determine the literary value of suffering is perverse, and by the end of the story, judgment has been passed on this “ETHNIC STORY” and whether it should ever be read in one last act of narrative trickiness. While the story within a story is destroyed, “Love and Honor and Pity,” which contains elements of that ethnic story, remains. This parallel reality is uncomfortable and pointed, forcing the reader to consider what they have just read and why.

The themes raised in “Love and Honor and Pity” echo throughout the rest of the collection. A friend’s seemingly throwaway line to the narrator—“you could totally exploit the Vietnamese thing. But instead you choose to write about lesbian vampires and Colombian assassins, and Hiroshima orphans—and New York painters with hemorrhoids”—in fact becomes the foundation for the remaining stories. It’s as if Le took the opportunity to rebel against the constraints of “ethnic literature” to write broadly and boldly about whatever he wanted. In “Cartagena,” for example, the fourteen-year-old assassin character, Juan Pablo, refers to himself as “a sicario, a hit man, an assassin . . . . They call it an office job, as the sicario is waiting always by the phone. In Medelliín, it is a prized thing to have an office job.” This is a very literary take on how a fourteen-year-old hit man might think, but the details feel accurate, the sort of information that an in-the-know person could have. For a general audience, it is a convincingly real narrative despite its disconnection from Le’s lived experience. What Le achieves in these middle stories counters the limits imposed by the “ethnic literature” label, demonstrating how strong writing can function outside of narrow boundaries.

In the last story, “The Boat,” Le returns to the territory of “ethnic stories”, this time relating the tale of “Vietnamese boat people,’” which is also mentioned in “Love and Honor and Pity.” The central character, fifteen-year-old Mai, is put on a boat by her mother in an effort to help her escape the aftermath of the Vietnam War. Once onboard, she endures the difficult journey and the struggles inherent in riding on a boat “with two hundred people, squashed into a space meant for fifteen.” She also develops a close relationship with Quyen and her son Truong, eventually going so far as to consider Truong her own child. When a storm damages and strands the boat in an inhospitable sea, sickness sets in, as does despair. Le captures the unblinking horror and enduring hope of this trial by water. “The Boat,” is in many ways the mirror image of “Love and Honor and Pity.” It is arguably the quintessential “ethnic story,” filled with persecution, escape, heroics, and sacrifice. Authenticity and authority can easily be assumed because it is a Vietnam-set story, but “The Boat,” however, is as much a work of fiction as any of the middle five stories in the collection. Le has no personal experience with any of the situations he’s bringing to life within it. What he has instead is the same writer’s stake, the same need to render characters and stories with respect and understanding.

By the end of The Boat, Le has traveled far in his literary undertakings, and his collection does much to dismantle the expectations around the “ethnic literature” defined in “Love and Honor and Pity.” His stories show how, on a personal level, it’s damaging to expect writers to cannibalize their experience for storytelling purposes, and how, on a larger level, the term’s limited and limiting nature reduces the kinds of stories writers can write. Le’s work suggests that there is no reason to commodify writers for their exoticism rather than valuing them for their writing. Throughout The Boat, he demonstrates the same fidelity to telling truthful and moving stories regardless of their subject matter, and it is this quality that helps make the collection remarkable. Maybe it’s “ethnic literature.” Maybe it’s just literature.