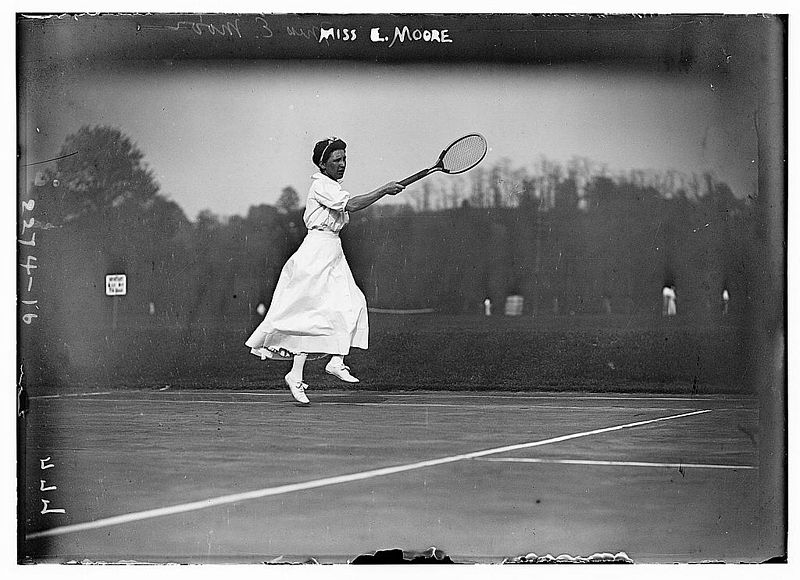 One of the ceaseless joys of narrative, however we try to contain it, is how it bursts through the walls of expectation. The drama’s there too in language—its strict rules, its constant bend and flex toward newness. And so last week, at a reading in my city library of Zadie Smith’s “The Embassy of Cambodia,” what I observed was how this drama plays out sometimes in short fiction: experiment expanding out from established form, like the dislocated figures in early Kandinsky improvisations, or Hilma af Klint’s first abstractions of stretched floral O‘s. In Smith’s story, the image in question is that of a badminton game, played behind the tall wall of the Cambodian Embassy in the London suburb of Willesden (though only visible is the shuttlecock, passing through the air). This game of badminton, of all things, comes to act as central structure for Smith’s story. As an image, it works metaphor into a new and strange contortion as well.

By central structure I mean two things. First, that the story is composed of twenty-one sections, each headed with a successive visitor-led badminton score (ie. 0-1; 0-12; 0-19). Second, these sections are interspersed with two voices, like two players passing back and forth the shuttlecock. The primary narrative, in third-person limited, concerns Fatou, a young woman from the Ivory Coast who works as a live-in nanny and, arguably, de facto slave for a wealthy Middle Eastern family with a large home in Willesden. The other voice, more complicated, begins in first-person plural (the first paragraph ends: “It’s a surprise, to us all. The Embassy of Cambodia!”), though we eventually learn this voice is affectation: our actual narrator is an elder, standing on the balcony of the retirement home, across the street from the embassy. “I have been chosen to speak for them,” this narrator admits, referring to the people of Willesden, “though they did not choose me and must wonder what gives me the right.”

It’s an interesting move, on Smith’s part, to shift frame to singular from implied omniscience. It trawls up the worlds of Borges, of Wallace’s “Mr. Squishy” with its strange first-person insertions, of Joyce’s Ulysses if read as a document compiled by an older Stephen Dedalus. Not quite breaking the fourth wall, Smith is laying like a palimpsest one fictional persona over another.

In the case of this second player, the question boils partially to that of Who? If this character has been chosen to speak, but not by the people themselves, who exactly is making this call? Is it Zadie Smith the writer? Or by fog of delusion the elder herself? Or is this narrator a humorous stand-in for Smith, who since early spotlight has expressed rightful frustration with attempts from journalists and critics to label her a “voice of multiculturalism,” or of “the diaspora,” as if these terms might embody a composite of human beings who can be tuned to the same individual frequency?

The weight that draws Fatou and this observer to the same orbit is of course the embassy—or, more particularly, the badminton game. Fatou observes its flight on her Monday morning walks to the health club swimming pool, where she swims in her underwear using secret guest passes in a drawer of her employers’ Louis XVI dresser. The balcony-narrator, fascinated by the shuttlecock’s trail, notices its sound against the rackets: “Pock, smash. Pock smash”—this cadence like something out of Woolf’s The Waves, whose own Louis sees the sun as the chained foot of a great beast: “It stamps, and stamps, and stamps.” In The Waves, too, characters, like oceanic swells, exist both as individuals and as parts of a multitudinous whole. Identity exists fluid like the shuttlecock passing midair.

What Smith pulls off are two narratives lobbed back and forth, each with its own voice, in a story both structurally and imagistically concerned, of all things, with badminton. It’s a nod to what Poe terms “the single effect”—the story’s ability to impart “immense force deliverable from totality” onto the reader, this totality involving a tautness of language where content and form work in relation. Poe compares the energy and influence of this sort of story to that of a poem, both necessarily short because “[a]ll high excitements are necessarily transient.” It’s strong art when we see fiction working at the level of poetry. What’s so compelling about the recurring shuttlecock, I think, is that its meaning pivots and shifts throughout the story. Rather than working as extended metaphor, firmly locked on target, this image gets lobbed from context to context. In a story concerned with the shift and mutability of voice, this image runs an electric current through the water.

“It’s a braided image,” said Sarah, my partner, over coffee, after we’d listened to the story aloud.

“Right. You can unbraid the strands but they lose their energy. The image works when all the meanings are braided together.”

And this is where we land on Smith’s fascinating extension of metaphor. To prove Sarah’s point, listing things out, at different moments in the story the badminton game comes to dramatize everything from: (1) Fatou’s struggle to find grace in her desperate living situation (she admires, on her walk to the pool, the first player “always somehow able to retrieve the smash and transform it, once more, into a gentle, floating arc”); (2) the proximity of worlds that seem stretched apart (“it seemed to Fatou that the next lob would blow southward, sending the shuttlecock over the wall to land lightly in her own hands”); (3) the total mystery of a foreign country’s historical and cultural universe (“Surely there is something to be said for drawing a circle around our attention and remaining within that circle. But how large should this circle be?”); (4) Fatou’s unwilling reliance on men; (5) in the political sense, the idea that there’s some kind of game being played that we cannot see—we only see its outcomes, divorced from principal action; (6) Fatou’s small freedoms in a world otherwise enclosed (“She thought that the arm that delivered the smashes must make a movement similar to the one she made in the pool”); (6) her literal belief in a God and a Devil; (7) and just plain conversational chance for Andrew, Fatou’s bumbling romantic interest, to tell her: “I’m an excellent badminton player. . . . I would make you weep for mercy!”

But here, with all before us, Poe’s totality, the energy and excitement of image, is gone. What Smith has created is a line of communication that sings stronger than its meanings spelled out. It’s a powerful language indeed.