Home
»
Reading
»
The Chapter in THE SECOND SEX Men Should Read 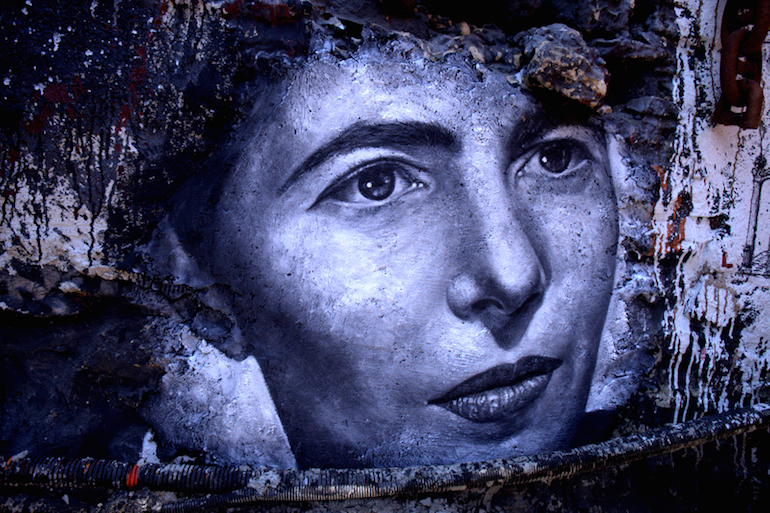 Up until recently, I’d always stacked Simone de Beauvoir’s The Second Sex on the same mental shelf as War and Peace and In Search of Lost Time—books unwieldy in size and densely written, requiring a nearly extinct attention span. Wooed by a fresh translation and an introduction by stylish New Yorker mainstay Judith Thurman, I toted The Second Sex around in my bag and pulled it out on subway trains. Aside from its surprising readability, what struck me most is Beauvoir’s exquisite excavation of both male and female sexuality.

This half of the book walks readers through the physiological and psychological world of women. Ninety-nine percent of the time, Beauvoir hits the pulse of the authentic feminine experience of any era. She somehow manages to crawl out of her womanly hide and view her kind from the outside in—an analytical feat.

Beauvoir first concerns herself with the physical lives of both men and women and how their adolescent sexual awakenings are vastly different. From puberty onward, males employ a “military vocabulary” to describe their sexual states of being. There’s the word “hard” in its countless iterations, the external sex organ likened to an ammunition-loaded gun, and the language of “attack, assault, [and] victory” surrounding the love act.

Women, on the other hand, lack a popular lexicon to describe their eroticism. When they do discuss it, it’s frequently highly charged with emotion (the infamous “c” word is considered by most women to be unutterably vulgar). Though, this lack of vocabulary might be the very thing that makes female sensuality so intriguing: it’s mysterious, adaptable, and constantly evolving.

Furthermore, the adolescent climates into which these two main genders enter could not be more oppositional. When it comes to sex, if a man is the warrior—the subject moving toward the woman, the object—these fixed roles are static, inherently at odds with the fluid nature of female sexuality. If transcendence is the goal of erotic experience, as it is with any spiritual endeavor, these stereotypes must be overcome. After all, a woman, Beauvoir writes, wants to see a man as an “object of desire.” She demands her own subjectivity as a result, making “him her prey as she makes herself his.”

This chapter references 20th century Kinsey reports and the observations of Wilhelm Stekel (an Austrian psychologist and one of Freud’s first acolytes) along with the writings of notable essayist Montaigne, among others. These often-lengthy sections of quoted text can feel a little cumbersome at times. Beauvoir’s tack here is to reveal evidence for the different rhythms of men and women when it comes to sexual satisfaction. She addresses the inconclusive nature of the female orgasm, writing: “sexual pleasure for her . . . is a kind of spell; it demands total abandon . . .”

Beauvoir stumbles on the book’s thesis in a nutshell when she posits a disappointing female sexual experience: “. . . as soon as she realizes herself as the Other, she is the inessential other . . .” A woman, when she undertakes an act of love, desires a merging to occur, a total fusion with her partner, for however long the act lasts, and oftentimes far beyond its ending.

At the close of the chapter, Beauvoir waxes poetic (albeit in a scientific vein) on the indescribable merits of sex when “the asymmetry of male and female eroticism” dissolves into one—“a reciprocal generosity of body and soul.” Sex at its best is an alchemical act where the “ambiguous condition” of both men and women is revealed. Each participant becomes both “flesh and spirit,” “the other” and the “subject.”

Perhaps the best piece of post-sex practical advice Beauvoir offers men is a reminder to never ask women questions like “Is it enough? Do you want more? Was it good?” Or worst yet: “Did you come?”

Because if a woman were to answer these questions honestly, she’d most likely say: “It’s never enough, I always want more, and it isn’t about being ‘good’ or reaching predetermined conclusions.”

If, in the end, sex is nothing more than a physical performance where two individuals set out to accomplish their own separate goals, then this chapter falls under the one percent of times when Beauvoir and The Second Sex get it wrong.