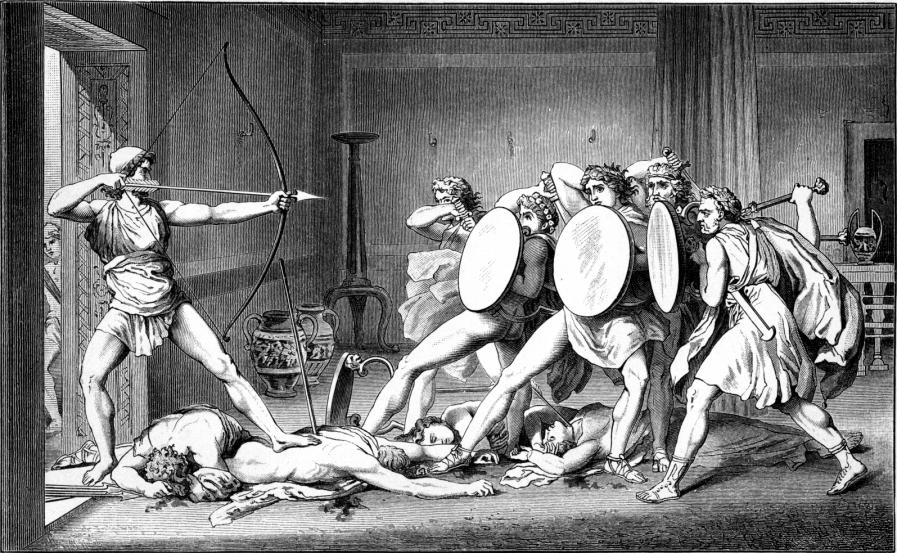 If you’ve heard Emily Wilson’s name in the last year, it probably had the almost-Homerian epithet “first woman translator of The Odyssey” attached to it. But Wilson’s version represents several other “firsts” as well: the first English translation with the exact same number of lines as the original, the first in a regular meter, the first to describe the protagonist as “complicated,” and the list goes on. While a woman translating Homer’s epic is certainly a huge milestone, Wilson’s interpretation is a radical, fascinating achievement regardless of her gender.

Take that controversial first line, translated by Wilson as: “Tell me about a complicated man.” The ancient Greek word polytropos, which literally translates to something like “many-turned” or “many-turning,” has given translators plenty of grief. The word is ambiguous enough in context that even classicists have trouble discerning whether the word is meant to describe Odysseus as passive or active: is he tossed around by fate, or is he actively manipulating the lives of others with the “twists and turns” of his character? Some, like George Musgrave’s “tost to and fro by fate,” went the passive route, while others like George Palmer’s “adventurous” have almost the opposite connotation. According to many translation theorists, including Wilson, all translation is an act of interpretation, and, fittingly, the wildly varying translations of this tricky word seem to depend on which character trait the translator chooses to highlight.

Wilson’s elegant solution—“complicated”—maintains the elusive connotation of the original word while alerting the reader to two larger choices she makes as a translator. First, her modern diction flies in the face of previous translations, which all maintained an old-fashioned register. At a recent talk at Columbia University, Wilson claimed that she made this decision in order to better reproduce the brisk pace and emotionally engaging experience of Homer’s storytelling. There’s no point, she maintains, in using the type of language in which, as she puts it, “everyone’s first initial is O,” when the era of “O” is no closer to Homer’s than our own.

The word “complicated” also signals Wilson’s decision to contextualize The Odyssey within our current political climate. Characterizing Odysseus as a “complicated man” tells the reader that this version will engage with his particular brand of moral ambiguity in a more critical way. The phrase places him squarely in the modern tradition of white men anti-heroes like Holden Caulfield or Walter White—men who could be characterized as hypocritical, entitled, or manipulative as much as complex. The less reverent “complicated” carries the burden of all of these ideas, and it carries it well.

This is not to say that Wilson’s politics take priority over accuracy; on the contrary, Wilson’s critical perspective allows her to correct the anachronistic misogyny that appeared in previous translations. In arguably the most disturbing section of the poem, Telemachus murders all of the slaves who slept with Penelope’s suitors. Wilson’s predecessors translated a descriptor of the young women as a misogynistic slur: “sluts,” “whores,” and “creatures,” to name a few. Some would argue that they were simply reproducing the sexism of Homer’s era, but according to Wilson, the ancient Greek word has no such dehumanizing connotation. Rather, it simply refers to “female ones.” There was certainly misogyny in Homer’s time, but this specific type of sexual shaming is an “imported” type of sexism. So instead, Wilson translates this word as “girls,” which both maintains the more neutral tone of the original Greek word and, in context, makes the girls’ deaths feel brutally harrowing:

[S]o the girls, their heads all in a row,
were strung up with the noose around their necks
to make their death an agony. They gasped,
feet twitching for a while, but not for long.

Crucially, Wilson doesn’t insert this horror into the text, but simply illuminates the horror that is already there. These women would have been very young, possibly minors. They work in the wealthy families’ kitchens and fields for no pay, so they are slaves. If the suitors wanted to have sex with them, the women would have had little choice in the matter. The word “girls” doesn’t invent any of these facts, but rather forces the reader to think about them. As Wilson puts it, she is “making visible the cracks in the patriarchal fantasy,” rather than “honoring it.”

In her talk last week, Wilson joked, “I doubt that anyone asked how the other translators’ ‘male perspectives’ affected their translations.” But maybe they should have. When evaluating her translation, it may not be important that Wilson is a woman, but it is important that she attacks the poem from a critical, politically-engaged lens. Wilson’s translation is radical, not only because it humanizes disenfranchised characters, but also because it invites the reader to critically engage with the poem’s complicated legacy as both a classic hero’s journey and a horrific patriarchal fantasy. Like its slippery protagonist, Wilson’s Odyssey is many things rolled into one.