Home
»
Writing
»
Writing Advice
»
The Cost of the Academic Job: A Personal Narrative 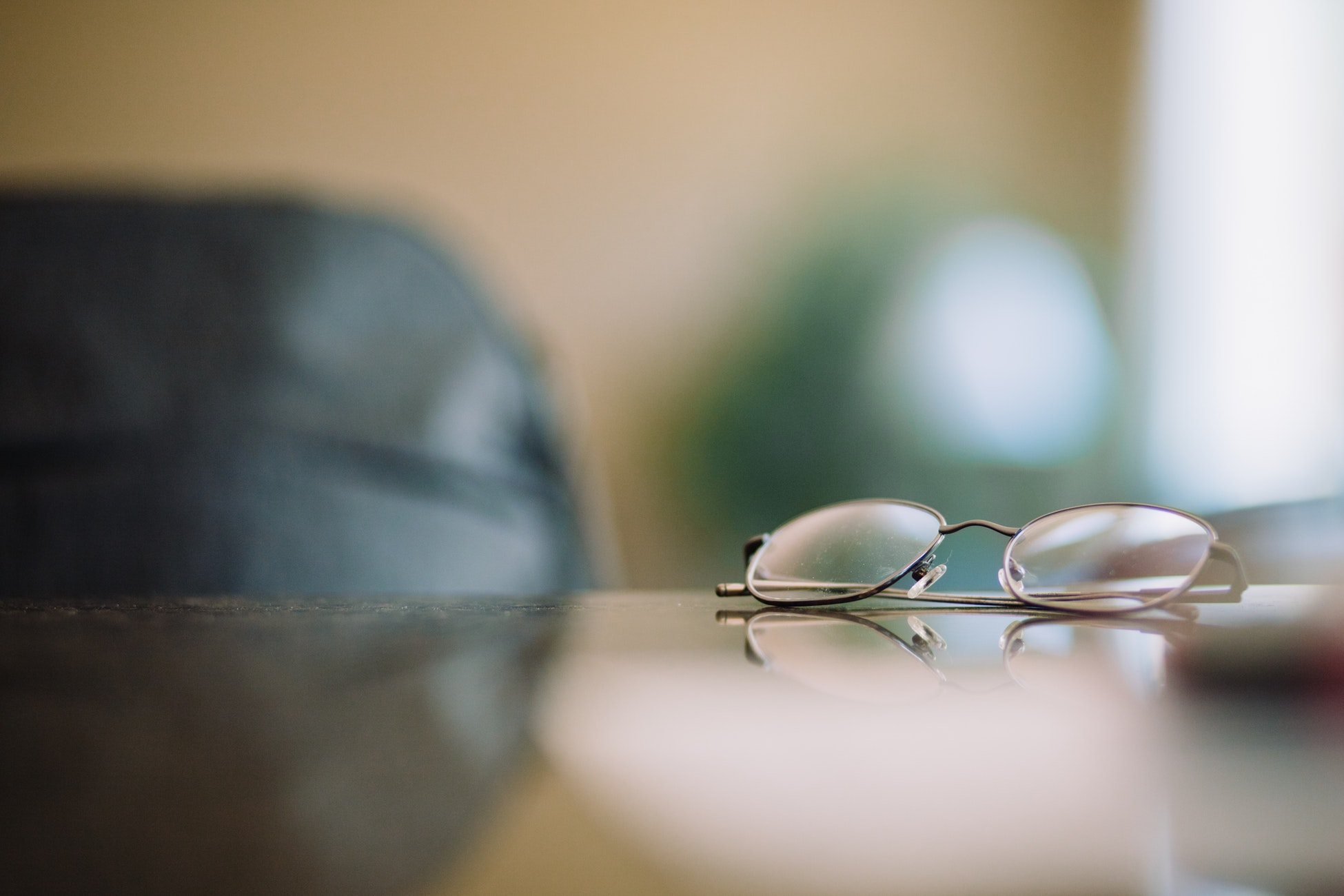 A few years ago, a small university invited me on an MLA interview for a tenure-track assistant professor position teaching publishing and creative writing. The hiring committee assumed I would be attending the conference and so told me when and where to be. I had no travel funding for the interview, but it was the only interview I was offered that year. I worried: was one interview enough to justify the expense? But what other options did I have? So I ponied up the money from my savings account and flew for the day to icy Chicago. Rather than spend the extra money and attend the conference, I wandered the morning away at the surgical museum on the waterfront before the afternoon interview. When I arrived at the hotel room, the all-male committee of three met me with practiced hellos and gestured that I sit in a chair at the foot of the bed while the three of them clustered together on the sofa and another chair. Later, a friend confided that she once had an MLA interview in which the committee had her sit on the bed before several men in chairs; the room was so small that her knees were nearly touching one of theirs. My interviewers turned to one another, arms crossed, so that they signaled that they were not ready to begin the interview. They began talking—gossiping?—to one another about something socially esoteric to me: a conversation they had had with a colleague or friend, an allusion to their supper the night before. I sat in my chair, uncomfortably aware that I was not a part of the conversation and that neither my inclusion nor exclusion crossed their minds. Eventually, after a minute or two, I offered that I was ready to begin whenever they were. One of the committee members seemed startled by my verbal nudge, but he greeted the idea warmly enough. Their delivery of the questions seemed largely perfunctory, which caused me to believe that my interview was merely a formality. Had they already found someone they wanted to hire? Did they know before traveling to MLA? I left the interview feeling defeated, as if I had been on exhibition like a Pollock in front of a public who passed by muttering, “Well, I could do that.”

Still, I had to maintain hope. It was my only in-person interview that season, and my visiting position would run out by the end of the semester. I’d had a tough year balancing my full teaching load with thirty or more job applications, my creative work, and a stint of medical issues and complications, all of which I was trying to resolve before my visiting position’s health insurance ran out. I also felt some urgency in getting my second book finished. Writers, poets especially, with only an MFA and one book seemed to not get any bites. At the end of the season, I tallied the Who Got What list on the Creative Writing Academic Jobs Wiki and saw that only one of the tenure-track poetry positions was taken by someone who didn’t have a Ph.D. It was that job season that caused me to consider applying to creative writing Ph.Ds as well as programs in other disciplines. I didn’t hear back from the job I interviewed for at MLA for weeks, months even, until I finally queried, assuming that they had offered the position to someone else. I received an email back that said that the line had been cancelled and that the university would not be hiring anyone.

My husband and I decided to move back Richmond, Virginia, where we’d been before I took my visiting position so he could return to his old job and I could keep the teaching portion of my CV relevant by continuing to adjunct at my MFA alma mater Virginia Commonwealth University and, in the spring, at William & Mary. That academic year, by teaching two classes a semester, I brought in only $8,800 in income. In the visiting position the year before, I was salaried at about $52,000, disbursed on a twelve-month plan from August to July. This figure doesn’t account for taxes and benefit deductions, the latter of which I desperately needed because of a diagnosis of stage-IV melanoma weeks before I started the job. In the visiting job, I made approximately $4,333 a month. Compare that to the measly $4,400 without benefits I made each semester adjuncting. Each fifteen week semester is a little less than four months, so that means I made about $1,100 a month between the middle of January and the middle of May. That amount was also taxed. A good deal of that I got back later with my return, but we lived largely on my husband’s income and through savings. I applied to other jobs around town, things outside of academia I felt would provide a living wage. I applied to work as administrative assistants, to file paperwork in medical offices, to teach middle school girls English, almost anything and everything in which writing and communication was a priority, and I only got one interview the whole year I was there. A friend once told me that she removes her MFA from her resume when applying for non-academic jobs because she’s heard former employers say that it looks “flaky.” Who would get a master’s degree in poetry writing? What kind of person would do that? Of course, she also knew someone who had gotten fired after his boss found out that he had an MFA after leaving it off his resume. He told his boss that it wasn’t relevant to the position. The boss said he lied.

I continued to apply to academic jobs in my year of adjuncting, paying the Interfolio fees to have my materials sent to search committees, scouring HigherEdJobs and MLA and the Jobs Wiki, and I reassessed my materials and my approaches. I’d made some mistakes in my approach to cover letters and interviews. I had never been given any guidance on the academic job market, but the three years on the market had helped me figure out some dos and don’ts, and I landed several interviews on the phone. My two campus visits straddled AWP. My first interview flew me out to their campus and then up to AWP, and then I was able to spend one night at home before taking the train up to New Jersey, where I had my second interview at the institution where I now teach.

Even though I was lucky and got a job, the job itself isn’t the only concern. I had to move for the job, and I had to move without any financial assistance from my hiring institution. This is more common than I thought, with many academic jobs asking their new hires to pay for some if not all of their moving expenses. Both the institutions for which I interviewed on campus had no money allocated toward the hire’s relocation. Additionally, the virtually non-existent rental market in rural northwestern New Jersey strong-armed us into buying a house under pressure and deadline. By the time my first semester started we had just gotten into our house but without any of our things, except for what was in my suitcase.

But there are many other writers who have braved the market again and again without any success, many of them insanely talented and wonderful teachers. This year, I watched on social media as friends traveled for campus interviews, and I heard from them asking for advice on cover letters or for any leads on jobs. I’ve seen friends and colleagues apply for creative writing Ph.D programs because they feel that they have no other options—the market insists upon second and sometimes tertiary specialization in other genres and/or literature, and the programs often provide funding and (hopefully) some time to write. Others leave academia altogether, and I’ve heard more than a few say that they’re much happier.

A few years ago, a friend called me up one evening. She was on the job market, and I was too. We had one of those moments of glorious relief when we both confided that we were interviewing for the same job, that we both wanted one another to find the right position, that we both wanted one another to be happy, and that we didn’t want to keep secrets from one another about jobs. Together we arrived at what was keeping us going, keeping us engaged in the process of applying to academic jobs. We just wanted to keep doing what we were doing, we wanted to live our lives in poems, and we felt that the opportunity to teach poetry would allow that to happen. In some ways it does. I’m on summer break right now, and I’ve been pursuing my “research,” as I’ve learned to call the act of writing in my run for tenure. But recently, I’ve been hearing unprovoked worries from academic writers that they don’t have time to write, to really live in the poems while feeling supported financially and ontologically.

The question about whether or not the academic job market for creative writers is worth its struggle is one that each individual must answer, and I’m certainly not okay with those think pieces that suggest that the MFAs on the market should reconsider their options. That’s an individual’s choice, not mine, but I will say that the hiring committees and institutions who support the academic job market could consider a few things to make life easier on their candidates: