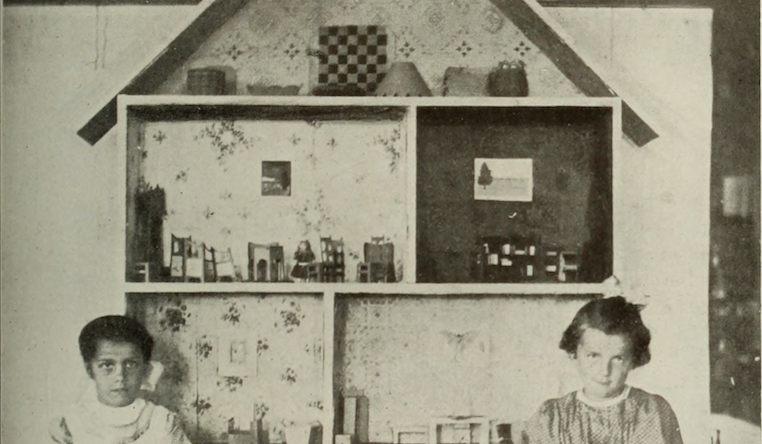 Lately I’ve been thinking more than usual, like a lot of us, I suspect, about the two stages I occupy at the same time, in each moment and with every decision: the personal and the political. My own small domestic stage has stretched. I have an 8-week-old, my second daughter, and a new baby is in my experience the largest small thing there is. She’s a twenty-one-inch-long development I have sunk into: her velvety scalp, her newly discovered smile, her endless, endless feedings. Then there’s the larger political stage as it is now. Funhouse-walled, quicksand-floored. In both of these worlds, the footing seems to demand my full attention.

This tension is an old one. Large historical forces always surface in individual, everyday lives, in all their vividness and particularity. Sometimes they flood those lives. Capturing that point of intersection is, I think, one of the most interesting projects of political literature; when a novel or story that’s set during some period of historic change takes as its setting the domestic stage, it can show us the way that stage expands and changes shape in order to hold its new, vast player. All sorts of historical forces can make themselves felt in this way, but war has a tendency to produce especially dramatic alterations.

Sometimes a story’s suspense itself comes, in part, from waiting for the large historical event to make its appearance. A.S. Byatt’s The Children’s Book works this way. We’re introduced to the sprawling, seemingly idyllic Wellwood family in 1895: the mother, Olive, writes books for children, and has many. Their beautiful and disorganized old house in Kent is also the center of a Fabian and art-making community. Early in the novel, Byatt pauses to explain to us what a childhood in this world looks like:

The children mingled with the adults, and spoke and were spoken to. Children in these families, at the end of the nineteenth century, were different from children before or after. They were neither dolls nor miniature adults. They were not hidden away in nurseries, but present at family meals, where their developing characters were taken seriously and rationally discussed, over supper or during long country walks. And yet, at the same time, the children in this world had their own separate, largely independent lives, as children. They roamed the woods and fields, built hiding-places and climbed trees, hunted, fished, rode ponies and bicycles, with no other company than that of other children.

We will learn that there are many tangles in the lovely web of the Wellwoods’ artistic, warm family life. But we’re also aware, as we’re watching this tribe of children grow and coming to know each of them, that they’re marching right into the mouth of an unimaginable war, which will exact unprecedented costs. Part IV of the novel, called “The Age of Lead”, shows these children, now young adults, finally meeting this war. In a heartbreaking scene not long after some of them are sent to the front, Olive and another mother of their circle meet to discuss their dead sons. “My letter says he was killed instantly,” Olive says, and the other mother answers, “So does mine. So do they all.” A whole generation, a whole kind of life, is being cut down. There’s no time for rewording.

In Lorrie Moore’s A Gate at the Stairs, too, just the first touch of war is enough to undo multiple lives—though in this case both the war and the lives are very different. This novel is mostly the story of Tassie Keltjin, a midwestern twenty-year-old in 2001, learning to be an adult, finding herself more and more ensnared in the lives of the family for whom she’s babysitting. Meanwhile, Tassie’s brother, Robert, joins the army and ships out to Afghanistan. He’s killed mere weeks later. After the funeral, in a horrifying, vivid scene, Tassie climbs into the coffin with her brother’s ruined body:

I knew there were superstitions about touching dead people. But one belief had it that if you touched one you would never be lonely again. I climbed atop the gurney, up into the coffin, and fitted myself inside to nestle next to him … Though the interior of the casket was quilted white, like a beautiful suitcase, what I could see of my brother looked like garbage tossed inside. He had no legs, it seemed, so there was room for mine.

Here we can feel Tassie stepping from one world into another. The aftermath of 9/11 and the war in Afghanistan have up until now been mostly a backdrop for her real life. Now there’s no distance left. She’s touching the effects of this war, fitting herself to their shape.

Sometimes the fit is impossible. J.D. Salinger’s “A Perfect Day for Bananafish” is one classic example. It’s the story of Seymour Glass’s suicide while on vacation at a beach hotel after returning from World War II—and of his last real interaction, with a vividly captured little girl named Sybil, on the beach. Seymour invents a new species, the bananafish, and regales Sybil with its habits, how it swims into a hole filled with bananas and eats so many it gets too fat to squeeze back out again. But before that—before we even meet Seymour—we spend several pages listening to his wife Muriel have a telephone conversation with her mother.

No piece of the life these people had before the war is reclaimable. Seymour doesn’t fit into it anymore. He can’t carry the things he’s seen and done with him back into his old life; it won’t expand to hold him.

As readers, we can see these three historical moments more clearly than the characters who are immersed in them can. We’re viewing the current from afar, so we understand its direction, the tributes it demands, its capacity for sweeping things and people away. It’s harder to see a current when you’re riding it, when it washes up over your life and starts to ferry the whole thing along. Harder to keep your head above water, your hands on the things you’re carrying with you. And your eyes on the things you’re passing, so you understand where we’re all going, and maybe some part of why.