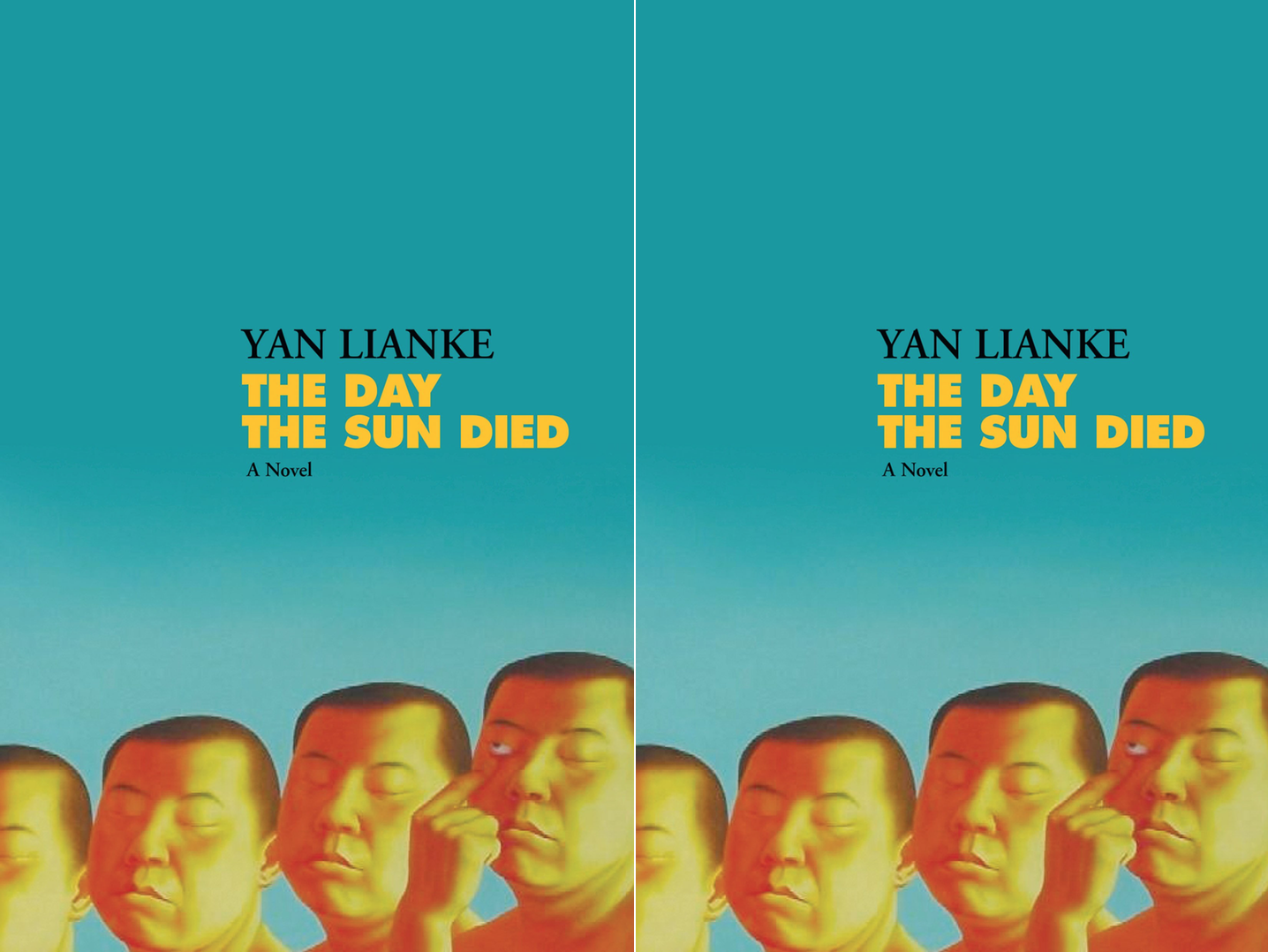 The walking dead are all over the place—in television, books, and film. But what about the living? Those who are alive, but are so dead to the reality of their desires that they can only sate them in their dreams? In Yan Lianke’s satirical novel The Day the Sun Died (translated by Carlos Rojas), a town does just that—its inhabitants “dreamwalk.” But in the freedom of their dreams, they commit their worst acts. They steal, rape, and kill. “It’s as if the day has died, and we’ll never see daylight again,” a town’s person says in the midst of the mass somnambulism.

Yan has been publishing fiction since the late seventies, and The Day the Sun Died is similar to his recent work: absurd happenings; a strange, young narrator; and a narrative that not only references its author, but itself. The novel begins with Li Niannian, a boy who calls himself stupid but wants to be an author, on a mountaintop asking the spirits to take care of his town. He also asks that his neighbor, a writer named Yan Lianke (sound familiar?), finds his inspiration again. “[It] has completely dried up, and his soul is exhausted,” the boy says. And from there, Yan begins his story.

People in the town begin to sleepwalk, but all they do at first is continue to work: harvesting their grain, watching their stores. Everyone is obsessed with getting their work done. Niannian’s parents own a shop that sells items for funeral rituals and his uncle owns a crematorium. His family soon realizes they are at the center of the drama as people in the town begin to die because of their “dreamwalking” and need funeral wreaths and services. As chaos breaks out and his parents’ past transgressions come to light, they are all in danger.

The plot itself seems straightforward (Save the town! Save the family!), though it would be difficult to define the novel’s genre. It floats between surrealism, sci-fi, horror, and absurdism, while never letting go of its satirical eye. Yet the language and structure of the novel reads more like Samuel Beckett or James Joyce than it does The Handmaid’s Tale. It’s even broken up into sections similar to Ulysses, and has the same mythic qualities.

Yan has called his writing “mythorealism,” which seems an apt description. The Day the Sun Died bears the largesse and cadence of myth, but it is also the story of a family, told by a simple boy of fourteen. Yan’s physical descriptions can be rich and specific, grounded in realism, but also far-fetched and steeped in surprising metaphor. For instance, when his mother dies, Li Tianbao, the father in the novel, walks through the forest like Paul Bunyan or Yu the Great, carrying the corpse: “he knocked off all of the trees’ frozen branches. He broke them off. He chopped down all of the frozen tree trunks. The entire world was filled with the sound of my father breaking off frozen branches.” But later, when his mother’s body is burned at the crematorium, he’s sweaty and shaky; he vomits.

The familial interaction and how this family pays their debts to the town for past misdeeds are highlights of the book. They elevate what could be a polemic novel, attacking certain aspects of Chinese government and culture, to something both larger and more personal—or larger because it’s more personal.

The Day the Sun Died is an allegory, but it isn’t just for China. Though it is set in a county in the center of China, the narrator also says that it is “the center of our world.” No matter where we live, this is our story, too, or could be, if things don’t change. Modern day China may be obsessed with work, progress, and production, but the novel also asks us to question our own culture and lives in the US. After all, we’re buying what China produces. Since the seventies and Jimmy Carter’s famous “Crisis of Confidence” speech, we’ve been wrestling with the idea that we’ve been reduced to consumers—that what we have is what we are. So what happens to our true desires when we sate them with stuff? Are we dreamwalking, too—through our entire lives?