Home
»
Critical Essays
»
The Desire of Girls in Machine 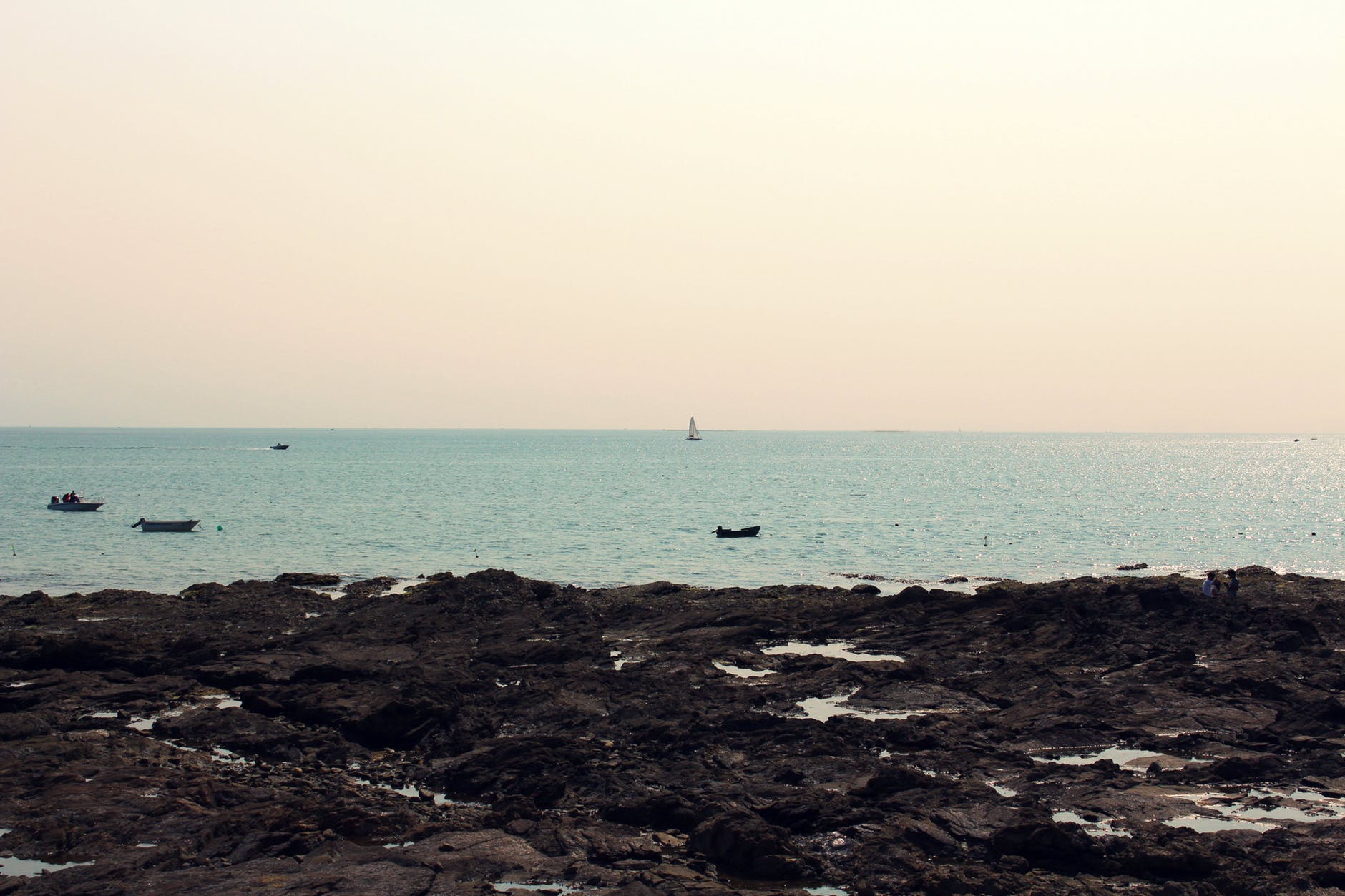 In an article published in The Guardian in 2016, Lorraine Berry touches on the tendency of men to present, in their writing, very normal elements of young women’s and girls’ desire as something terrifying or “preternatural.” Sexual awakening and sexual desire often become the focus of these works while, as Berry notes, other deeply impactful aspects of adolescent experience, such as friendships or introspective considerations of identity, are pushed to the margins. When adolescent girls “speak” their own desires through their media consumption—and particularly through fandom culture—however, their desires are written off as vapid, silly, the butt of jokes. The image of “the adolescent girl” thus oscillates wildly between a terrifying force of nature that needs to be controlled for the sake of society and something infantile.

Society prefers young women to be seen as objects of (often straight) desire, rather than being desiring bodies themselves. But desire is more complex than a sexual awakening. Desire can be an unknown, a nagging sense that there is something we want that isn’t here, even if we can’t articulate what that thing is yet. Susan Steinberg’s genre-bending novel Machine captures this feeling, centering on the stream-of-consciousness account of an unnamed teenage girl during a summer at her family’s beach house, and her desire for something beyond the life she is stuck in. The narrator describes her interactions with other teenagers, both those who, like her, are affluent and from out-of-town, and the teenagers from the area, simply called “the locals.” While the narrator does describe sensual desires, the desire that permeates the novel is not directed at anything specific, but instead manifests as an ambiguous sense that she is unhappy with how things are.

The narrator wants to break away from her world, which is based on expectations and appearances, but there is a sense that she can only do so when she is at “the shore.” Outside the world of the shore, she is a prep-school kid whose father is a big name in the big city, part of a family that is well-off enough to own a beach house where they spend their summers. Her family life, however, is punctuated by dysfunction: her father is domineering, abusive, and womanizing, with his two children and wife serving as the prime victims of his emotional and mental abuse. The family must act a certain way to curb his rage, and they must align with his expectations to maintain any semblance of familial equilibrium.

Yet, as much as readers root for the narrator through her defiance in the face of her controlling father while at the shore, there is an entitlement that oozes into her accounts of late-night parties and pills that becomes grating—particularly when contrasting the narrator’s experiences to the lives of those who actually inhabit the shore.

A key element of the book is the drowning of a local girl during one of the summertime teenage parties. While the narrator is not present at this party, the other characters—the narrator’s brother, a large group of equally wealthy teenagers, and the police officers who come to the narrator’s house after the event to get a statement from her brother—give her snippets of the story to piece together. They say the girl was beautiful, but that she wasn’t very bright. They say that she had been drunk, that she had stripped down to her underwear, that she had been too “fucked up,” and that she had fallen into the water. But readers get a sense from the narrator that the death was not really an accident.

Before her death, the local girl was part of the background of summer, simply another local body in the background of “the shore” that the narrator and other wealthy out-of-towners descend upon each summer. It’s only in her death that the local girl becomes singularly important for the narrator: “this summer, we learn we’re part of a demographic; we’re girls who go to private schools; girls at the tops of our classes; girls who stay at the shore all summer and become the stars of the shore.” This statement concisely juxtaposes the narrator’s community against that of the local girls, who live in the run-down houses year-round and who party on the other side of the beach. The girl’s death is treated as an unfortunate event, but it’s largely used by the narrator’s social group to reinscribe socioeconomic distinctions and boundaries.

The local girl haunts the narrator. She feels a kinship with her; for instance, as she recounts the facts about the girl’s drowning, she sees herself having done these same things at other parties. The narrator thus imagines herself in the local girl’s place:

As Lauren Berlant notes in Cruel Optimism, our attachments to almost all people or things could be considered problematic, “in that investments in them and projections onto them are less about them than about the cluster of desires and affects we can manage to keep magnetized to them.” What marks the shore as an escape for the narrator is less about the shore itself—how beautiful the water is, how much she enjoys walks along the dock—and more about what the shore does for her. The narrator’s love of the shore and her fixation on the death of the local girl are problematic investments because they present a situation in which one person’s sense of self is dependent on the implicit suffering of another.

The autonomy that the narrator finds in this specific community arises from the stark economic disparity between those who inhabit the run-down community year-round and those who come to the shore for the summer, inhabiting the nicest spaces for the shortest amount of time. The narrator can behave as she does largely because there is little threat to her safety. In contrast, the bodies that are subjected to the most harm are local bodies. The disparity between the two groups highlights what Sara Ahmed writes in The Promise of Happiness: “Happiness for some involves persecution for others: it is not simply that this happiness produces a social wrong; it might even depend upon it.” Although it would be a reach to say the narrator is ever truly “happy” in the novel, the shore is where she is closest to some sort of happiness. She has the ability to act on her desires, regardless of how messy or potentially dangerous these actions may be, with very few consequences.

The same cushioning against consequence happens for many of the other wealthy teens; the narrator’s own brother, for instance, repeatedly causes chaos but is rarely punished for his actions against locals. He sits, completely strung out, in their cars, with bewildered law enforcement half-heartedly trying to coax him out. The brother finds his way into multiple cars, even carjacking one and crashing it, and each time the police officer hands him off to his sister, who then takes him home. In one scene, a local woman finally snaps and attempts to kick the boy out of her car herself—enacting the frustration that I couldn’t help but feel toward a boy whose privilege leaves him numb to the lives of others and who is allowed to continue with his criminal behavior with no repercussions.

As a reader, it was difficult to reconcile how compelling the narrator’s voice was—particularly when she describes her own exhaustion with navigating the emotional landscape of her family, as well as the expectations placed on her because of the socioeconomic space that they occupy—with the privilege that makes her behavior possible. The emotional labor the narrator engages in is very raw and often deeply moving, even in her most entitled moments. Because of that, it feels far too simplistic to write off the desires of the young narrator as uninteresting because she occupies a certain socioeconomic bracket. But her status does give us pause, as the expectations placed on her promise a life that is comfortable and secure in ways that many of the local characters will not be able to experience. The narrator of Machine thus presents us with a character that is complex and willing to admit when she is completely lost, as when she states, “this is a personal history of not knowing what to feel; / no, this is a universal history of not knowing a fucking thing.”

Steinberg’s master stroke is in crafting a character who depicts the chaos that many of us experience during adolescence, a character whose voice is mature enough to offer incisive criticism of her world and still immature enough to often be blind to her own privilege. Machine also reveals the negotiations human beings make with our desires and what we decide to hinge our sense of fulfilment and stability on in a chaotic world, even when those negotiations are made at the expense of others. Rather than being a juvenile or simplistic depiction of desire as purely a physical impulse for the adolescent narrator, Steinberg presents desire in the mind of an adolescent girl as a larger force, one that is as much existential as it is universal.