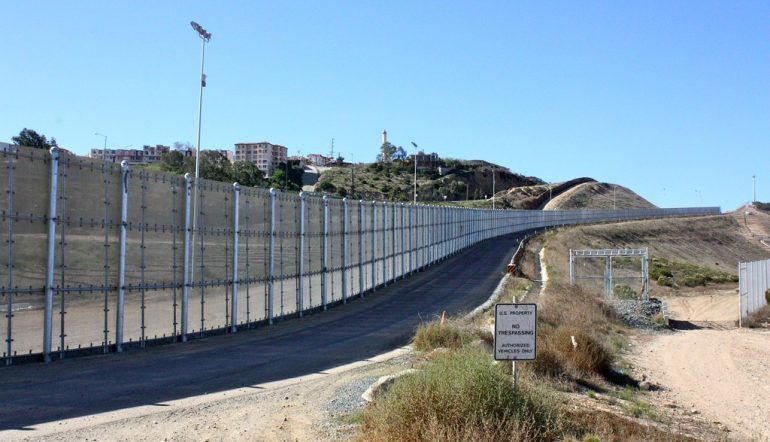 Gabino Iglesias’s recent novel, Coyote Songs, revolves around multiple characters journeying through la frontera, the border between the United States/Mexico. In each of the characters’ stories, however, there are multiple journeys being made, multiple borders being crossed, and, as their stories progress, what they are striving for is less and less clear. As Inmaculada, whose chapters are titled “La Bruja,” (which translates in English to “The Witch”) says, “Absolutes dissolve into vagueness as fury subsides, as passion drowns in repetition, as knowledge is gained, as bigger things begin to dwarf what we once thought of as monolithic beliefs.” Absolutes dissolve throughout Coyote Songs, the distinctions between good and bad, real and magic, and la frontera itself—a line you cannot see that is blurred into the land—becoming less and less clear.

Inmaculada is a mother who tries to take her family across the border to the US for a better life. Her journey starts with a knock at her house in the middle of the night. She senses “death in the air, could feel the walls of the house tugging at them as if they’d become magnetized by the years spent inside them, the blood and tears and stories and dreams and moments that happened inside them.” Time is abstract for her in this instant; she is tugged by both dreams of the future and memories of the past. Inmaculada, here, is about to experience a pivotal moment that will change both her path and goal completely. She and her family die in this chapter, suffocating to death while trapped inside a truck, but this is not the end of her story.

In barrio noir (a term Iglesias coined for his work that mixes noir, Latinx, horror, frontera, and poetic elements), death is not necessarily the final step of a life. Inmaculada, for example, swears “revenge against the men who had done this to them, swore she’d stick around until all the coyotes were dead and there was enough blood along the border to make powerful people take care of the problems” that resulted in her family’s death. Then Inmaculada closes her eyes; she “felt the sweat run down her eyelids like the last caress of her physical being, and stepped into the darkness.” The darkness of her journey is not an absolute but instead leads both the reader and Inmaculada into the unknown, her original goal (getting her family to a better life across la frontera) dissolving only to be quickly replaced by her new intention.

Another character, Pedrito, is introduced early on in a scene in which he is fishing in Mexico with his father. Pedrito describes fishing as “nothingness [that] was full of possibility, quietness was a timeless inhalation before a scream, and inaction was just a fuse of indeterminate length before an explosion.” This statement sets the table for Pedrito’s journey; from one quiet moment to the next, his father is shot and killed in front of him. This instant, which he sees over and over again in what he calls a movie loop, “his father’s brains splattered on the first a few feet from the river, his blood slowly crawling toward the gaping mouth of a green monster,” activates him. He feels compelled to keep moving with the loop in mind. The loop showed him “a present and a future that already existed in his brain in the shape of a past.” In this way, absolutes dissolve for Pedrito, who only knows that being stuck with this image has inspired him to move forward in his new journey.

Pedrito later ends up at la frontera, where he “held his dreams. It was the promise his father made to him regularly. It was the path to a new life, el camino a un futuro mejor.” He is on the same path he had once envisioned, but the absolute of a better future has been changed; instead, he abstractly looks around for people to kill in order to avenge his father—a quest similar to Inmaculada’s. The loop stays with him, serving as a sort of abstract motivation/protection from doubt. Even when he faces a situation that is ripe with death, Pedrito is not afraid, citing the movie in his head—it didn’t show him “dying at this door.”

When Pedrito reaches the end of this journey, he is hoping that the movie loop will help him achieve justice. But the loop abandons him. In this moment, even the absolute in his head is gone. Pedrito has nothing guiding him on his journey, nothing to excuse or motivate him to take the next step. He is alone. This darkness means another journey is ahead, with no absolute to guide him.

Pedrito’s fear of stagnation is similar to Inmaculada’s feelings: while the others in the truck died, she continued on, her rage separating her from her family. As Pedrito leaves his mother behind when he continues on his journey, Inmaculada chooses not to join her family in the afterlife just yet, deciding instead to haunt the world in order to affect change.

The Coyote (named after those who help people cross la frontera from Mexico into the United States) faces similar struggles. We are introduced to him when he tries to take children over the border to seek asylum. The Coyote knows the difference between the pain of a wound and the permanence of a scar; he explains to the children that he has to hurt them in order for them to get asylum. The United States won’t believe just the stories—they need to see it in the flesh. Asylum and helping children are the absolutes The Coyote believes in. They are inherently good things. But bad things have to be done by good people to help them in the apocalyptic world of la frontera. The Coyote beats the kids to give them fresh wounds to show the border patrol, hoping that he will have stopped before creating permanent damage.

The Coyote lives in a visceral and violent world. He knows how many other coyotes don’t help kids or take advantage of families. But even he has to bend to a world of no absolutes, into a world where the spiritual and mystical bleed into the real world, where your thoughts are not only your own. When talking to one of his bosses, aptly named Clemencia, she tells The Coyote that he can’t take children to the border anymore. The Coyote fears her, for she is otherworldly and can possibly read minds. His response is to not change his journey but to fill his brain with as much white noise as possible, in order to block her from reading his thoughts. While other characters go into the darkness of their new journeys, then, The Coyote hangs on.

The Coyote soon after returns to his home and has a dream where he sees a house in the darkness. Another otherworldly being, La Virgencita, visits him. She visits his mind while “The vast array of peccadilloes he had committed danced in his memory. Every lie. Everything he had stolen since he was a child. Every act of violence. Every drop of blood spilled into the unforgiving desert.” This vision leads him to the same house that Pedrito is in. The Coyote kills Pedrito, shooting him in the head, repeating the fate of Pedrito’s father. The Coyote contemplates blowing his own head off, having killed a child, but decides against it, hoping to continue to do good things to right wrongs. For both characters, we are uncertain what happens next. Will Pedrito live on like Inmaculada and haunt The Coyote? Will The Coyote succumb and eventually kill himself? Will The Coyote do good work and find absolution?

At the end of the novel, Inmaculada looks into the darkness herself. She “looked at the black space in front of her, smiled at the memory of her son’s smile, and moved into a welcoming oblivion she knew held things more important than eternity.” The stories never end en la frontera. No one finds absolute certainty. But people keep trying, in different and weird ways, to defeat the human and otherworldly evils that keep separating families, that keep separating those who want to love each other in the same world. They journey into the darkness, hoping to break the loop, to blur the borders, to do whatever they need to do, to be with the people they love, without fronteras.