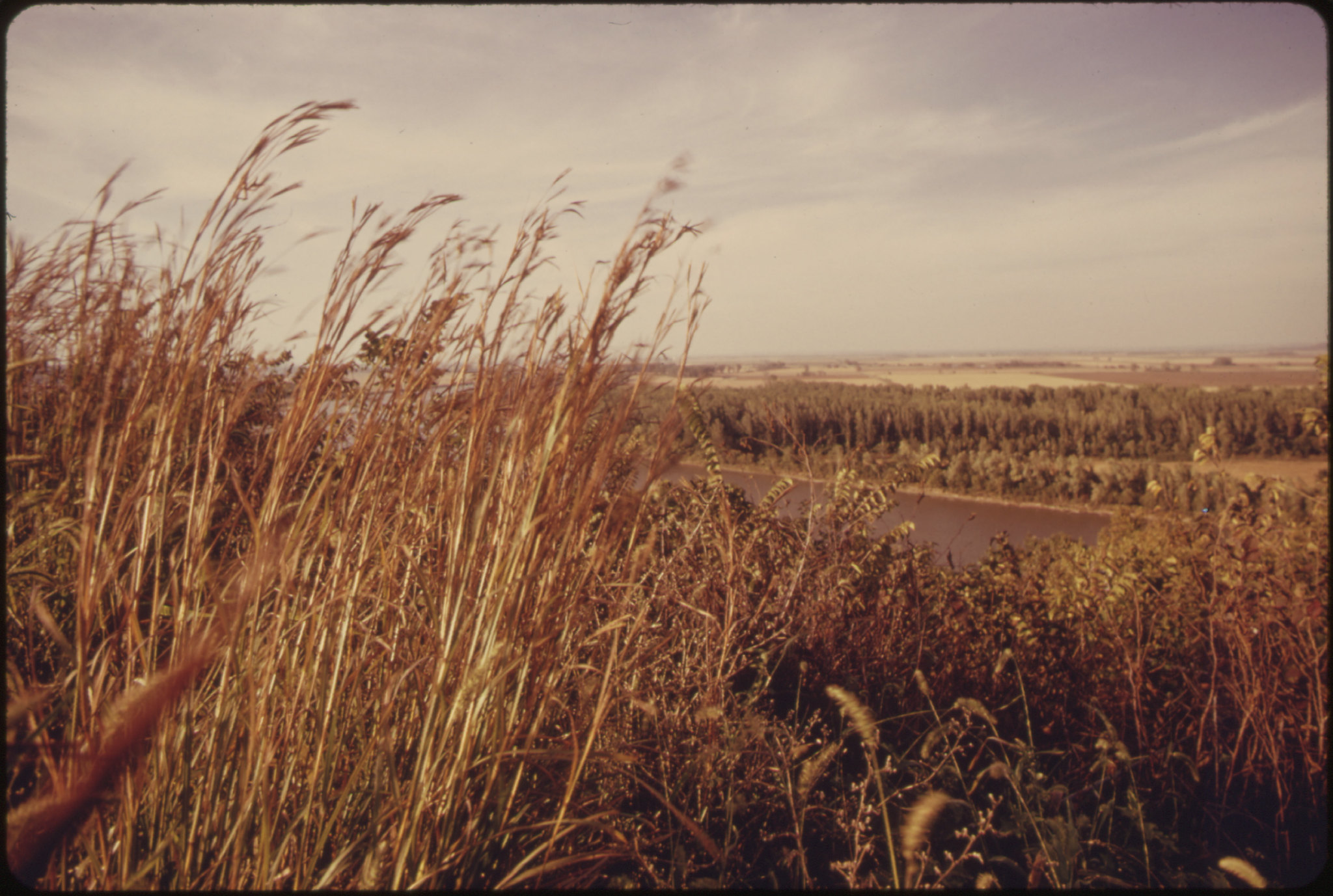 If I were the kind of poet who needed convincing that the caesura acts as a kind of intralinear punctuation, its role in Tracy Zeman’s composition would supply ample confirmation. For a debut collection, Zeman’s Empire (2020) has an unusually consummate aesthetic unity over the course of its fourteen poems. Opening with a sequence echoing a sonnet crown, Empire progresses into the serial form with only five, single-page reposes whose registers partake of the same naturalistic, saturated, variously compound nouns and strings of phrase throughout its sixty-eight pages. The only traditional punctuation linking these descriptions, quotations, and the occasional statement throughout is the ampersand. In a collection whose subject is a deep enmeshment in the natural world of the North American prairie and the Midwest, it makes a mimetic sense: the natural world exists, one could say, as a series of “and.” The ordering activity of punctuation, in fact, makes no sense when applied to the organic world of overlap, gradations, and interactions as Zeman so deftly, and deeply, reveals in Empire—indeed, such a system’s arbitrariness is thrown into light by its absence.

But that is just one strategy that Zeman uses to make this ecopoetic point. In fact, what is at the core of Empire is the understanding and articulation of the links between things—between flora and fauna, sediments, barns, fossils, graveyards, and violent events traceable in the landscape and memory. It is uncanny to read poetry whose substance is almost entirely ideas, images (distinct from ideas because of their stillness), and often the very lushness of flower or animal name—and operates without subject-object sentence construction. Instead of arbitrary human systems, for example, Zeman would use a provocative image, then a comment: “A ‘wind-leaned chicken coop’ in a dusty yard / a form of humanity grounded in / unhindered & unfathomable.” This section of “Taxonomic” continues with the “skinning of a colt”:

In a syntax achieved through phrase-by-phrase association, even narrative, or a larger rhetorical shape humans need for sense-making, is subsidiary, if impossible. Relations and processes, in Zeman’s more accurate view of the natural world, are nonlinear. The order of things, here, is the thing itself’s order, each species operating in its own time while sharing the same space, both in landscape and the poem, as Zeman takes us “into the space / of things               agency or bliss or field mouse.” What is linear—as there are no straight lines in nature—is derivative of violence. To be taxonomic in a sensate world, then, is to inscribe a knowledge system’s violence—which, it might be useful to recall, is charted by specific consequences. Empire clocks its anti-imperial offense through documentation not just of extinction or irreparable environmental damage, or encounter with “a glitter of flint” of Indigenous artifact, but most critically by inhabiting the conflicted consciousness of the settler-colonist whose knowledge of the surrounding world is part of what contaminates it: the speaker and another are “redolent co-minglers” who “began with / landtheft tinderbox plowshare.” From within empire’s constraint, the poems of Empire are an index, but a necessarily subjective one, of the Midwest’s environment, its history, and the poet’s experience of being in relation to it.

There are two complementary scales by which Zeman shapes what happens in the poems of the collection. One is detail of language, down to the letter. The other is through the long poem, whose sections formally repeat. As sequences, there is no obvious starting point except notice itself, or narrative end—each stanza, page by page, acts instead as a series of events held within a period of attention. Such “‘linkage of place & person’” approaches a chain of events or reactions, but this term would suggest too much continuity; it is, as the line continues, “unstable in us.” The connection lies instead in complicity, tracked through the speaker’s “conflicting desires of collect & conserve.” Zeman’s long serial poems also act as a kind of documentary excavation, thinking with what she finds, and sifting through the “constantly unfolding geological strata” of the world through each section’s precisely repeated form, in which the speaker, speaking with Dickinson, states: “‘I measure every grief I meet’ / in this broken unbroken place.”

The poems most often open with and are most populated by the common names of living things—like a real-time act of recognition, Zeman’s delivery of knowledge approaches the genre of the field guide. A corresponding evocative technique is to use fragments of language to bring the reader as close to perception, or thinking, as possible, so that the reader might see what the poet sees through the poem. It isn’t just animate life that attracts Zeman’s notice: under equal consideration is how we think about the environment, and why, most often evinced in processes of systemic or physical decay, for example: “in fifty years world went / from orderly & new to ‘incomprehensively / old’ & in endless flux           muted wilderness / caretaker     cultivator     curlew.”  Caesurae enact a gap, a disappearance, while they also offer discrete boundaries between things. Phrases simulate fragments of perception; language itself is as much Zeman’s method for interrogation of the world around her as it is an expressive medium.

Empire is steeped in the work of Lorine Niedecker, a paean to her and their place: Zeman partakes of her Objectivist strategies of interest in vision, practices of collage, and incorporation of allusion and non-poetic text—and most of all, drinking deeply of location. Zeman’s work is also intensely influenced in method and form by Susan Howe, another poet who scries the surface textures of her subject matter for the detail and presence of the past as an artistic and political act. Of Howe’s formative meaning to her, Zeman writes:

I came to understand how Howe’s poetics exemplify, as Joan Retallack puts it, ‘the poet as radical epistemologist.’ The poet as one whose job is to question established ways of knowing. I also later came to think of her poetry as a kind of ‘origin interrogation’ and realized that poetry like Howe’s can challenge and destabilize the very narratives that countries, gender roles, and ideologies are founded on. Her use of place or land as a fulcrum for investigation was new to me too. Place as a type of grounding, as embedded history and futurity, a center to work out from and a source of primary texts and mythologies to contend with.

There is much more at work than mere formal resemblance between Zeman’s poetry and Howe’s own use of fragment and gap: while Howe interrogates the origins of European-American thought through archival material, Zeman reads the wilderness like a text for its scars, erasures, and infringements while supplementing that work with textual engagements. Zeman’s experiential poetic investigations align with poets who are often listed and read together, but whose late-Modernist similarities have yet to be understood in conjunction productively. These poets of “radical epistemology” yoke together text and environment so as to articulate personal and political histories. I find that the poets working in this localist mode include Brian Teare, Susan Tichy, Merrill Gilfillan, Ed Roberson, and Alison Cobb (Teare, Tichy, and Cobb each provide useful jacket copy). Beyond North America, her work constellates with Geoffrey Hill and Basil Bunting and follows in the wake of J.H. Prynne. Such poets work with a kind of protean poetics of place, reliant on particular vernacular and encoded natural and social histories. They are attentive to scales of change, from the fleck of lichen to the trodden pathway to the glacial retreat, that link the past and present in an ever-shifting network of relation, and emulate those changes in their arrangement and collaging of language. While still lyric in effect, voice itself is more a vehicle for consciousness, thought, and the senses—voice is yet still a property of the human, not yet post-human, or textual. It is yet social in that it produces sound, but is necessarily apart from the constructs of the social world so that they might critique them. Protean poetics, it seems to me, is at the intersection of a present-day Objectivist mode, descended chiefly from George Oppen (from whom Zeman takes an epigraph) and Niedecker, and with ecopoetics largely. Such work, Zeman’s especially, shows how these two poetic orientations have much in common, that each draws out useful implications of the other.

Throughout Empire, the speaker often feels very solitary, but is not unaccompanied: vision swells with the notice of ecological interaction, invocations of life cycles and interdependences, geologic traces, and the effects of ecocidal settlement resonating in a “dawn drawn down by / a zest for one kind of living & not / another.” There’s something post-apocalyptic afoot, even as the world teems with presences and absences, markings of the dead in the landscape, forgotten cemeteries. Even as an “I” and “you” and “we” appear in these hiking expeditions, or what feels more often like true wandering, these poems are yet entirely disinterested in the project of self-making, or articulating feeling in service of self in favor of everything else that appears to be not more cherished, but perhaps more urgent in the face of continuing environmental destruction.

I once heard poet and essayist Brian Blanchfield describe the idea of “en plein air” poetics, the term borrowed from painting, to designate the feeling of a poem’s taking place beyond the page, of its actually being written and felt in the plain outdoor air. For Zeman, to be en plein air is to be working within ecological precarity, with the hope that “surely we’ll survive if apprehensive / if fixing the outside within the frame.” Empire is a collection that will bring readers into all the living contingencies of being outside among others.