Home
»
Reading
»
The Effects of Children 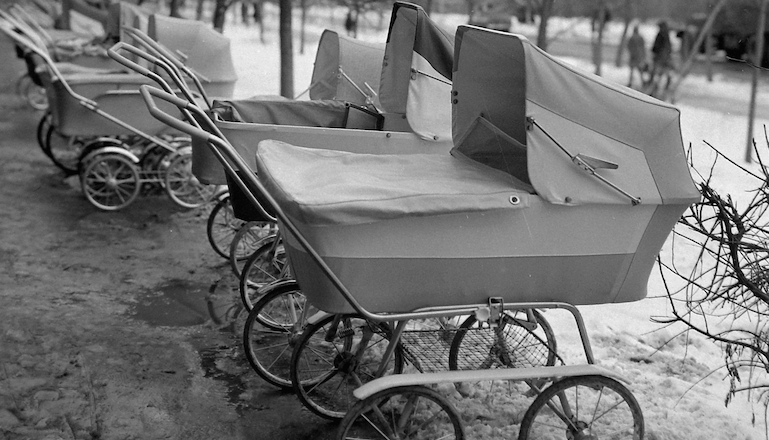 My second daughter is due on December 11th. A couple of months back, I wrote about how all-consuming I was already finding this period of waiting; now, of course, I’m swollen to bursting with it. I’m also rattled. I picked a strange and disturbing political moment to be so pregnant in. This baby will be coming into the world in a couple of weeks, and that idea—her newness, the newness of the world to her—is making me look hard into the face of that world. I wish it were better.

In literature, as in life, children can have a variety of effects on adult characters and their plots. I’ve been thinking about this in recent weeks, as I wait to meet my new daughter and discover how she’ll change things—since the idea of her is already changing things for me, and since her older sister, my 3 ½-year-old, has changed my world so radically.

Most literary children, it seems to me, can be divided into a few different categories in terms of their impact:

1) The child as furnishing

This kind of child-character is necessary to the overall situation of his/her parents, and so must be present, but only shows up on the page in a stage direction-y way (eating, moving, sleeping, maybe speaking occasionally). These children participate in the larger story only in a general and somewhat faceless sense. In John Cheever’s “The Enormous Radio,” for instance, Jim and Irene Westcott’s children are just part of the series of facts and figures that define their lives and their position in the world:

They were the parents of two young children, they had been married nine years, they lived on the twelfth floor of an apartment house near Sutton Place, they went to the theater an average of 10.3 times a year, and they hoped someday to live in Westchester.

Over the course of the story, as the titular, mysterious radio begins to undo the Westcotts’ staid and stale lives, their children continue to appear mostly as a series of motions: going to school, arriving home from school, going into the nursery. They are a crucial part of the pressures on their parents, but not really in a way that’s specific to who they are as people.

This presence-yet-absence finds perhaps its most extreme example in Macbeth; it’s important to the play’s power that Lady Macbeth understand what it is like to “have given suck, and know / How tender ’tis to love the babe that milks me” (1.7), yet we’re never told where her now-absent children went, what happened to them. I feel a subtler version of this dynamic at work, a bit, even in contemporary novels like Tom Perotta’s Little Children, where the children in question are important primarily as part of the structures that trap their parents and spur them to take new dramatically interesting risks.

I don’t think it’s a literary flaw to portray children this way. Not every character in a literary work is equally important, and the works in question are much more interested in their adult characters. It’s just that this kind of portrayal doesn’t bear much resemblance to my actual experience of having children.

2) The child as crisis

These child-characters propel the adults surrounding them to the edges of cliffs—though they’re seldom solely responsible for putting the cliffs there. Sometimes they do this in a chemical way, as with the baby in Charlotte Perkins Gilman’s “The Yellow Wallpaper,” whose birth sends his mother into the grips of what we now understand to be postpartum depression. She explains, “It is fortunate Mary is so good with the baby. Such a dear baby! And yet I cannot be with him, it makes me so nervous.” The baby has undone her—but it’s the stultifying, entrapping “rest cure” her physician husband prescribes for her ailment that drives her out of her mind in the end. In Kate Chopin’s The Awakening, Edna finds that her children put the new freedom she has glimpsed forever out of reach—that she cannot be her real self without hurting them. Her thoughts of them, their constant presence in her life, are what make her life impossible.

Then there are child-characters who put the adults around them in contact with other realms, dangerous ones—as in Henry James’s The Turn of the Screw, or even, in a very different way, Ian McEwan’s Atonement—though perhaps those other realms actually existed within the adults all along. One of the most terrifying examples I know of this dynamic happens in Caitlin Horrocks’s short story “Embodied,” in which a woman who’s been reincarnated many times recognizes, in her newborn son, the soul of a person she can’t forgive from a previous life. This recognition doesn’t lead anywhere good.

These children, whatever else you can say about them, are stakes-raisers—as real children are.

3) The child as inspiration

This kind of child-character has exactly the opposite effect as the crisis-child: to make newly wonderful worlds seem possible, to turn the adults surrounding him/her into new and better versions of themselves. In Eowyn Ivey’s The Snow Child, this is the role of Faina—a mysterious foundling who comes to live with a childless couple and radically expands their lives—and of the folktale snow-maiden of whom she is a reworking. It’s the role of the late-in-life son to whom the dying narrator addresses the text he’s writing in Marilynne Robinson’s Gilead: the seven-year-old boy who, along with his mother, has arrived as a tremendous and unexpected gift. Who is making it hard to leave life behind, as the narrator makes clear in addressing him:

You reached up and put your fingers on my lips and gave me that look I never in my life
saw on any other face besides your mother’s. It’s a kind of furious pride, very passionate and stern. I’m always a little surprised to find my eyebrows unsinged after I’ve suffered one of those looks. I will miss them.

The inspirational child doesn’t always lead the adults around him/her in only happy directions. The infant Magda in Cynthia Ozick’s horrifying short story “The Shawl,” for instance, inspires her mother to fight for living in the midst of the Holocaust, and to fight to keep Magda alive, even in the midst of horrors—but the horrors are in the end insurmountable.

These characters do, however, always make the adults around them larger, stronger, capable of new things.

The effects of a child, in literature or in life, are not always the effects one might expect. My older daughter has rooted me, upped the terms of my investment in the world. I know the one that’s coming will, too, in her own and different way. It’s a little frightening, waiting to see what that way will be—especially in such a strange and dark-feeling larger moment. The scope of what I can’t control on this little person’s behalf overwhelms me. But the impending fact of her—all I will get to learn—exhilarates me too.