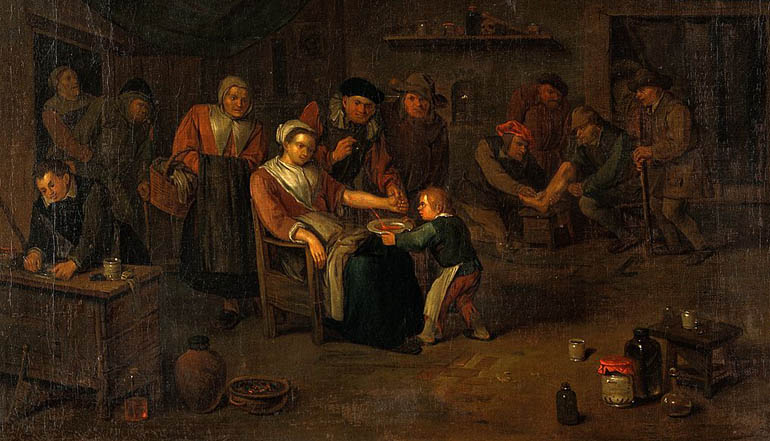 I love stories where somebody pukes.

Okay, what I mean is: I love reading about spontaneous physical reactions from characters. But I also love reading about vomit. And piss. And menstrual blood and shit and spit. Excretions often show us emotional change is happening: pain or pleasure, happiness or grief. Stories that assess the mechanical functions of the body—its readiness to open, to break, to secrete—mark a character’s vulnerability. In contemporary short fiction by women writers, bodies open and leak in numerous ways. Amelia Gray utilizes spew as a tool to startle readers into deeper intimacy. Alexandra Kleeman’s work befuddles with bodies, hollowing them out and subverting secretions to confuse the narrative. Helen Oyeyemi creates sentience from these physical responses in order to sculpt fantastic new fairy tale worlds. Though used in very different ways, all three women showcase the importance of the body and its emissions to narrative structure. By utilizing various forms of “effluvia” in their work, these authors give us greater insight into the human condition. They show us why shit matters.

Many of the stories in Amelia Gray’s Gutshot reveal tender interiors coupled with wild physical manifestations. Her work provides strange backdrops for bodily emissions that work to up the shock value. For example, in “House Heart,” a couple hires a woman and convinces her to crawl naked into the ductwork of their home. Trapped without access to a bathroom, she urinates near a vent in the kitchen. Drops of pee land on the protagonist’s shoulder. Later, the woman gets her period. Blood drips out in this same fashion, as if the house were the one menstruating. The actual heart of the home is revealed as painful loss when half of the couple decides to join the woman behind the vent. Because the house’s ductwork holds the protagonist’s lover and the other woman, she is essentially living inside the “body” of their new relationship.

Mimicking this same emotional grief, “Fifty Ways to Eat Your Lover” shows the trajectory of a romance viewed through literal dismemberment. The trauma of the relationship is showcased through graphic, violent action against a body—and its ingestion. “When he wants to know if he’s made himself clear,” she writes, “press your thumb against his eye socket and slurp the goop.” Gray’s use of effluvia shocks the reader, but she often writes explosive excretions into commonplace practice. In “The Lark,” a man can’t speak without puking every few seconds. He holds a job at the post office. He interacts with customers. Every few sentences, he vomits. Puke becomes an expected part of his day. His “word vomit,” an inability to speak without retching, is normal behavior. By putting us into situations where we must sit with the surreal and the shocking, Gray inures us to it. We look at humanity through fresh eyes. Readers aren’t shocked by the end of her stories; they’re transformed.

Like Gray, Alexandra Kleeman’s Intimations utilizes effluvia to shape how we interact with the text. The body in her collection is often broken open and hollowed out, its uncertainty mimicking the confusion of the characters. What’s excreted becomes an opportunity for Kleeman to unsettle the reader. It’s done in a different way than Gray. These expulsions aren’t startling; they’re mystifying. Many of the stories present as dreamscapes, and the fluids react accordingly—meaning they react with no expected normalcy. In “Fake Blood,” faux blood is flung and dries on discarded nurses’ uniforms—or is the blood fake at all? Noises produce the strange effect of mimicking secretions in “Jellyfish.” Kleeman’s narrator closes her eyes and describes the sound of people walking on a beach as “mouths squishing around bread, mucus unclogging deep within a head.” Even senses don’t function properly in Kleeman’s world.

Characters encounter homes with no doors and bodies that don’t do what they’re told. Instead of effluvia clearing up confusion, Kleeman skillfully uses it to obscure issues. Throughout “Fairy Tale,” a woman runs from a suitor-killer who wishes to stab her with a knife. During her escape, she notes that being stabbed would “interfere with the general harmony of [her] body, with its function, with its status as a self-containing vessel” and that it would “leave [her] open to the world.” Even air becomes a type of excretion in “A Brief History of Weather.” Its expulsion happens as a family uses their lung capacity to breathe out a new climate. The “homemade clouds” they create are confusing to readers, as well as the characters. The strange mechanics of the body in Kleeman’s stories continually unmoor the reader. We do not understand her bodies. Her characters don’t understand them, either. Though it’s presented in a very surreal fashion, it’s highly realistic—how often do our bodies perform in ways that continue to unnerve us? By exploiting this innate fear, Kleeman is able to successfully show us new ways to consider humanity and preconceived notions of reality.

Further twisting how effluvial matter works in fiction, the secretions in Helen Oyeyemi’s What Is Not Yours Is Not Yours showcase change through fairy tale assimilations. Her bodies are often not “bodies” at all, but approximations of the human condition. These substitutes interact with the environment and advance the plot. At times, they function as independent characters. In “Dornička and the St. Martin’s Day Goose,” a woman receives a kick from a wolf that leaves behind a large, painful bruise. The mark becomes sentient, a thing that moves and palpates on its own. This responsive wound is a reminder of a promise made to the wolf, and leaves the body only when that promise has been fulfilled. Hundreds of corpses rot in “Drownings” after a tyrant king declares any treasonous person be drowned in the country’s marshland. Flesh melts from the victims, excretions liquefying, bodies soaking into the natural environment. Their residue affects the living characters, making it impossible to imagine anything but the gray corpse jelly infiltrating the story. But perhaps one of the most interesting uses of effluvia in the collection comes from “Is Your Blood as Red as This,” which focuses primarily on puppetry. Puppet bodies are empty vessels, but Oyeyemi’s empty vessels sometimes speak independently of manipulation. At the end of the work, an audience is confronted by a line of puppets who’ve had their throats slit: “slashed wide open so that they erupted strings.” The puppeteer, faced with this faux effluvial violence, falls as if his own strings were cut. These ruined “bodies” affect the greatest change. Their guts, sliced open, mirror the trauma of the characters who operate them.

Bodily excretions in fiction by women help us examine how characters deal with change. Bodies are full of holes. They seep and bleed, leak and weep. They expel hurt and sickness and shame. What is purging but a desire to rid ourselves of an unwelcome burden, to eject what the body can no longer bear? By examining expulsions in fiction we see what lines the guts of the narrative. It’s not always pretty, but it’s real. It’s our shit. And it’s important.

Tags:Alexandra Kleeman, Amelia Gray, Gutshot, Helen Oyeyemi, Intimations, What Is Not Yours Is Not Yours