Home
»
Reading
»
The Elephant in the Room: How Elissa Schappell Broke My Heart Twice 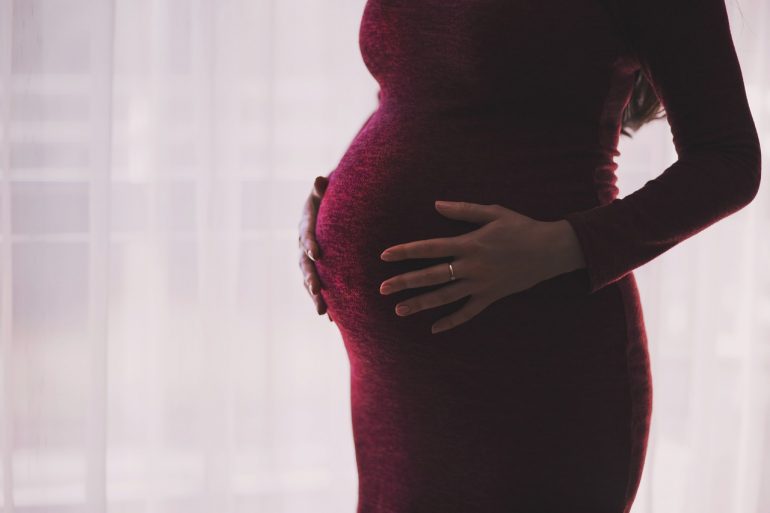 In March 2015, I went off the pill. I had gone to my local Planned Parenthood clinic in Ithaca, NY, where I was living at the time, and had been instructed to start taking prenatal vitamins and expect at least a month to go by before I began to ovulate again. It was all very well-planned on the surface, but inside I was hesitant, equivocal, terrified. It was the right time to have a child, my husband and I had agreed. It made sense. We were average people. The average people had kids. Kids were cute. I knew I wanted to have kids the same way people know they want to own a home one day, but I didn’t ache for a baby, and I was worried about all the ways it would change my life, which I liked quite a bit.

In the beginning of July, we were traveling with my husband’s family. I was due to get my period during the trip, but had forgotten to pack any pregnancy tests with me. My period was late. One day. Two days. Before I knew it, my breasts were sore. I was ravenous. In spite of myself, I began to feel an excitement brewing inside of me. Each time I went to the bathroom and did not find any blood, I sighed with relief.

I had brought with me Elissa Schappell’s short story collection, Blueprints for Building Better Girls, which was a lot darker and more gripping than I’d expected. One story in particular stuck with me: “Elephant,” in which two mothers form a friendship at the playground. At one point, one of them tells the other how she was developing her career as a translator when her child was born prematurely, causing her to miss her deadline. By the time she recovered enough to communicate with her editor, she found out that the job had been reassigned, and she was never able to get into the industry again. I didn’t have morning sickness yet, but this was enough to make me queasy. What if this was what motherhood would do to me, too? My biggest fear of becoming a parent was that I would have to give up too much, losing the passions that defined who I was.

In March 2016, my child was born in Princeton, NJ. I had informed my clients in advance that I would be committing only to loose deadlines because I simply had no idea what I would and wouldn’t be capable of accomplishing. It was a hard thing for me to admit. Though it would have sounded completely reasonable to me coming from another woman, I felt as if I could just as well be telling them: “Hey, guys, I know I’m a work horse, but I’m going to choose to make cute airplane sounds for a while rather than use my brain.” Less than a week after returning home from the hospital, I had set aside a couple hours to do some translating. Everyone thought I was nuts, and I probably was. This is certainly not something I’m proud of. My priorities were off, but I just needed to know that I could still do it.

After that brief moment of workaholism I did prescribe myself a two-month maternity leave, after which I gradually began to do more and more work at home with my son, with frequent breaks for breastfeeding, rocking, bouncing, soothing, and diaper changing. I translated while my son napped in the carrier. I edited while swaying, knees bent, my baby boy draped across my arm. I read emails while going “ah-ah-ah-ah!” I wrote while maintaining a silly smile on my face, in case he looked up from his play mat. I couldn’t have told you if you’d asked me, but I know now that my determination was fueled, in part, by my clear, trembling memory of Schappell’s character and her shattered dreams.

Skip ahead to March 2017. We now live in Brooklyn, the setting for “Elephant.” My son is almost a year old, eleven months of which he’d spent at home with me, and I am still a working writer and translator. With a sense of relief—I made it!—I sat down to reread the story only to come face to face with the rest of it—everything I hadn’t remembered.

The story brings together Paige (former passionate translator and lover, now a sexless, stay-at-home mother of four-year-old Allegra) and Charlotte (a very proper mother of three from Virginia with a hot-shot husband and a streak of southern racism and rage). As they sit, sleep-deprived and bored out of their minds (“the identical expression, the haunted, bewildered look of the POW”) on playground benches, half-watching their girls play together, they form an intense bond of friendship. They share the details of their upbringings, their marriages, and their personal traumas. They discuss the ways in which they’d been hijacked (at one point, Paige is blanking on the name for “Stockholm Syndrome”: “‘. . . the one where a hostage becomes attached to her captors?’ Charlotte hesitated. ‘You mean motherhood?’”) and the ways in which they’d been wronged. At the mid-point climax of the story, Paige attempts to have girl talk about their first times, to which Charlotte responds by sharing the details of her rape. (“From a distance, only another mother could have told that she was crying. She was crying the way mothers learn to do. Her body betrayed nothing.”)

Even more telling is what they don’t share: the strain on their relationships, their aggressions and rage, their fear of what they impart to their daughters. What they think of their bodies, what they think their husbands think of their bodies. Stuck in an in-between state of caretaking in which they do not really fit in anywhere, in each other’s company they finally find a place in which to belong. At the end of the story, Paige reveals her lingering doubts about motherhood; her admission that this was not what she had wanted for herself. Charlotte, clearly unhappy herself, is too frightened by the sentiment to agree.

One element of life that’s been highlighted since the birth of my son is friendships: the friendships that endured parenthood and the new friendships that parenthood helped form. With other mothers, there is no point in coyness. Instead, there is a silent agreement that we realize how lucky we are to have our children, how priceless and precious they are, and that we are allowed to complain about them anyway, sharing everything from physical transformation to emotional duress. And yet there are always those things that are impossible to share, not because they are shameful, but because they are too abstract to show: moments of self-doubt so intense it leaves you disoriented; irrational anger and irritation and a sense of being put upon by the world; the sense of being so bored with the details of your child’s life and yet obsessed with retelling them. Most frightening of all, there is always the risk that you might leave the other mother too shocked and upset to nod along with you.

Astonished at how I’d managed to miss the point of the story the first time around, focusing only on one little aspect that connected me with a character, I stepped out of a café and into a cold, foggy Brooklyn day to go pick up my son from daycare. I could do little more than shrug and admit that I hadn’t known enough then to truly perceive the rest of it, that it was akin to my son turning away from his first sighting of snow because it was simply beyond his means to grasp. The heartbreaking prose and the foreboding weather filled me with a gloomy longing, and by the time I reached the school I was looking like the lyrics to a song by The Cure. Then I saw my son’s little head peeking out from behind a shelf, surrounded by other munchkins. When I picked him up, he laughed and so did I. Sometimes it works that way, too.