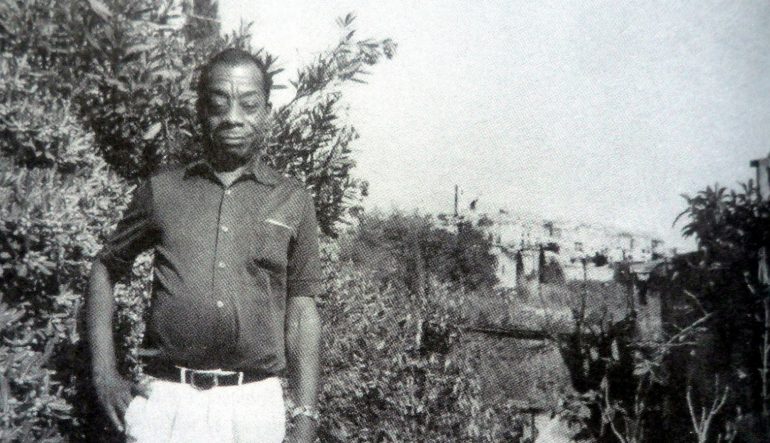 Paris is almost always bound to show up in English-language literature about France, but there’s one other locale that has thoroughly captured the imagination of writers—Provence. Perhaps you’ve read about it in F. Scott Fitzgerald’s Tender Is the Night and imagined the glitzy lifestyle of the rich and beautiful on the French Riviera (there’s even a map to locate various events and places from the book); perhaps it was Peter Mayle’s A Year in Provence that did the trick, with its humorous depiction of French rural life.

Provence is one of these regions, like Bordeaux and the Atlantic seaboard, that have always had a strong connection to Anglophone cultures, starting in the seventeenth century when the court of the House of Stuart went into exile in Avignon. The region was considered a mandatory stop for British travelers who pursued classical culture and gorgeous landscapes on the Grand Tour, and the interest continued well into the Victorian era, with Charles Dickens, the Brownings, and George Eliot all electing to live for a while in various cities, both inland and along the coast. Members of the Bloomsbury group were also fans, and the region soon came to be known as a hotbed for Modernist writers and artists, British and American alike. There’s a magnificent villa that Edith Wharton bought and used as a winter residence for the last ten years of her life: Castel Sainte-Claire was later purchased by the city of Hyères, and the garden is preserved the way Wharton had maintained it, with an abundance of subtropical plants.

Perhaps the most well-known of these figures, at least for Americans, is James Baldwin. Seeking refuge from the constant racism and FBI surveillance he had to endure back in the United States, Baldwin made his home in Saint-Paul-de-Vence in 1970, when he was forty-six. While he still had to face racism from the locals at first, he quickly established himself in the village, living in a villa that was at the center of a struggle for the preservation of Baldwin’s legacy in Provence for the past few years. The villa is now privately owned, but a French-American group, Les Amis de la Maison Baldwin, attempted to buy it in order to turn it into a writing residency, despite having attracted criticism from Baldwin’s own family.

While the house will most likely become luxury condos, the group is resolved in its efforts to develop other initiatives meant to maintain Baldwin’s legacy in the village. Many artists, writers, and intellectuals have pointed out that the lack of even a plaque commemorating Baldwin’s presence in the village is disheartening, considering the enduring recognition afforded to other—white—artists who lived there. The group has rented a house, opened a welcome center that doubles as an art gallery, and started setting up a yearly internship program. The year 2018 marks the first iteration of the writing residency program: this October, Justin Phillip Reed, selected by Cornelius Eady, will spend a month as the inaugural Saint-Paul de Vence James Baldwin Writer-in-Residence. In the wake of Raoul Peck’s documentary I Am Not Your Negro, such programs help strengthen Baldwin’s position in the French and American literary imaginary and valorize the literary importance of the Provence region, both within France and abroad.

Another figure who had a hand in creating the Provençal myth of easy, earthy living, artistry, and letters is Peter Mayle, a British former advertiser who quit his job to become a writer and relocated with his family to a small village in the Vaucluse department. He abandoned plans to write a novel there when his account of life in the village received more interest; this became the basis for his bestselling 1989 memoir, A Year in Provence. The memoir generated an interesting response: while many highbrow critics put it aside as little more than “aspirational lifestyle pulp for the middle-classes dreaming of a second home,” the public loved it. It turned into an inspirational phenomenon and paved the way for a new generation of travel writers. Most of all, it helped durably transform Provence in the literary imagination as different from the glitz and glamor of the French Riviera. Provence was, and still is to a certain extent, a matter of values—those of a simpler way of life, less connected to the demands of the high-pressure globalized corporate world and more in touch with natural rhythms and small, tightly knit communities.

It’s a very romanticized idea of what rural French life can be like, especially in light of the ways French urban and rural landscapes have been deeply transformed over the past decades. But it remains. It’s the appeal of describing food, wine, and atmosphere (the most recurrent themes when it comes to travel memoirs about that region); it’s also the appeal of having a region supposedly in direct contrast with demands of productivity and efficiency. Many Mediterranean regions have had the same persona, from Tuscany to Greece, offering what seems like an anti-capitalistic alternative to both city and Riviera life. The funny thing is that memoirs such as Mayle’s have also had a hand in creating the Provençal experience as a product to be enjoyed for a price. In short, Provence has been commodified.

I don’t blame any single writer for this, though I’d be tempted to see Baldwin as the one who engaged more sustainably with the local community. And the whole marketing aspect has its good sides, to some extent: since Provence would no longer be Provence without some of its core aspects—wine, lavender, etc.—the tourist industry has helped preserve some of the landscapes and heritage. But it’s hard to imagine it not going the way of the Riviera.

What’s left now? Plenty of romances and historical books are still being churned out, and an English-language bookstore in the old town of Antibes, tucked away in a street, helps maintain the ties between the region and English-speaking literary communities around the world. Given that the Provençal myth is still proving alluring, it’ll be interesting to see who ends up reimagining, and hopefully re-enchanting, both the Riviera and inland Provence.