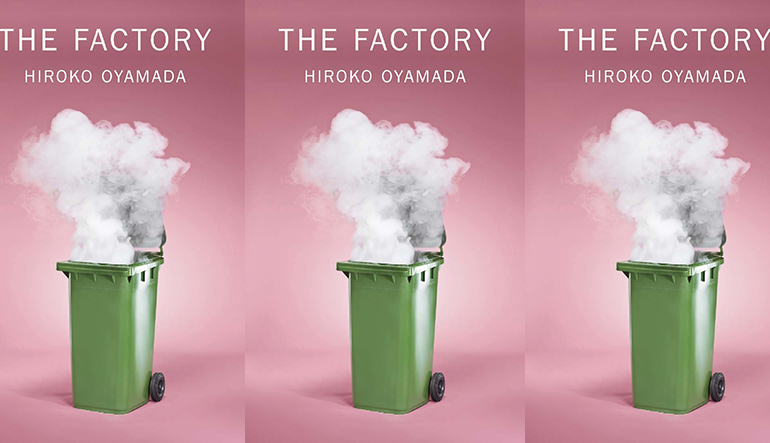 We’re all faintly enamored of factories. Depending on where you grew up, you might have taken an awkward tour of one in grade school, and if you’ve ever been on a road trip, you’ve probably spied one from the highway at night, awash in arc-light and freshly scrubbed smoke. Our political discourse is drenched in rapturous paeans to the life-saving forces of poured concrete and cinderblock walls, so it’s no surprise that you can read about the saga of Indiana’s Carrier plant and come away with the impression that some sort of shrine had been ransacked. As a culture, we seem to be perpetually on the verge of genuflecting, letting tumble from our lips a new gospel: Our Assembly Line, who art in heaven, hallowed be thy net return…

It’s a weirdly insidious myth, this motherly embrace of the great postwar brick cathedrals, and it’s recently come in for a skewering, with works like Boots Riley’s Sorry to Bother You rabidly satirizing the omniphagous bent of contemporary factory culture. Hiroko Oyamada’s novel The Factory, newly translated into English by David Boyd, which follows three young employees as they’re gradually subsumed by the eponymous structure, doesn’t engage in the high satire of Riley’s film, opting instead for a cool, self-controlled presentation tinged with a creeping surrealism. The Factory is a tale of inaction rather than revolt, a story about the warm, velvety embrace of production models, in which Oyamada’s bunker-like Ur-factory comes on like a last bastion of security, a White Whale that nobody’s chasing but ends up swallowing you regardless.

Structure-wise, The Factory is simple. Its plot follows three workers as they adjust to their routine within the factory and begin to probe its mysteries. Franz Kafka’s The Castle, with its pendulous, looming edifice that remains forever out of reach, seems to have been on Oyamada’s mind as she wrote, though here the ghost of authoritarianism that haunts Kafka’s text has been refracted through the prism of the new millennium. In the age of surveillance capitalism, a strange paradox prevails: it’s the very immersiveness and immanence of the factory that makes it ungraspable. When one of the novel’s characters, the bryologist Yoshio Furufue, begins his career at the factory with an orientation hike (“a training and networking event for new hires”), you can sense the conflict between the old shuddering steamy ideal of the factory and our new, pristine, avuncular models of worker optimization.

“The factory’s influence over the city was too great to ignore,” observes Ushiyama, a young woman working in the paper shredding department of the factory. “Everyone has at least one family member working for the factory, or one of its partners or subsidiaries.” The sprawl of the factory is magisterial and complete, incorporating space, nature, means of production, and, of course, people. What’s so startling about The Factory is the way Oyamada depicts the factory’s ascendance as a product of simple, placid acceptance. Despite the ghoulish creatures that prowl the margins of the novel, it’s really the specter of economic insecurity that provides The Factory with its generative anxiety. Nobody seems to have particularly wanted to work at the factory, and the plight of temporary workers crops up again and again. When the monotony of her job has her feeling blue, Ushiyama consoles herself with a vague platitude: “In times like these, a job’s a job, even if it pays by the hour, even if it isn’t permanent, even if it’s physical labor.”

The vagueness and matter-of-factness of Oyamada’s language has a clear purpose, increasing the disturbing sense of inevitability that pervades the story. Oyamada’s characters seem exemplars of a particularly post-millennial brand of jaded helplessness, one that’s the result of living lives in the shadow of exploitative labor systems so all-encompassing that they’re difficult to rebel against: without a definite, specifiable object of critique, anxiety becomes a steady, diffuse, intravenous drip. Consequently, a cloud of unknowing seems to enshroud the factory, frustrating certainty and warping time. Furufue is tasked with classifying the types of moss that spring up around the factory, in the hopes that one day his work will serve as a jumping-off point for the factory’s green roofing initiative. But as the years pass, Furufue makes little progress; he continues only to classify moss, and runs an annual moss hunt for the factory workers’ children.

For Oyamada, the factory is an ecosystem unto itself—it contains “mountains and forests, a giant river and the ocean,” and even a “shrine, with a priest and everything.” The hazy dream-logic of the book is most apparent in Furufue’s chapters, as when, during a moss hunt, a child discovers a massive dead coypu. “The animal could have been six feet long, but coypus shouldn’t be anywhere near that size,” Furufue reflects. “Maybe I was imagining things.” There’s something unsettling about the greater ecosystem in The Factory, though it never builds to a Hitchcockian crescendo: you keep expecting the animals to turn on the employees, to suddenly swarm the premises, but they never do. The unexpected docility of the factory’s patron beasts is, Oyamada suggests, kin to the docility of Furufue and the other employees—both man and beast have latched parasitically onto the metallic hide of the factory.

The Factory feels redolent of the works of Japanese novelist Kobo Abe, most significantly The Woman in the Dunes. Oyamada’s taxonomic bent, which bursts forth in a critical passage purporting to be a schoolboy’s science project classifying the various corrupted fauna of the factory’s environs, seems a trace of Abe’s protagonist, an entomologist who, during a collecting trip to a series of sand dunes, takes shelter for the night with a woman who lives in a pit and finds himself trapped there permanently. Ushiyama, a copy-editor at the factory, spends his days marking up and sending off documents, though the precise system of editing and Ushiyama’s place in it is never clarified. The three main characters of the novel cross each other’s paths in interesting ways, so that when Furufue is asked by the aforementioned young boy to read his school project, it’s not until the project ends up on Ushiyama’s desk that we actually get a chance to read it.

The “project” reveals a delicate, self-contained, and purely confected ecosystem, rife with clever interdependencies. “The life of the washer lizard,” we read, “is inextricably tied to the washing machine.” Tiny and bluish, it feeds on lint, relies on the shuddering of the industrial dryers to help break apart its eggs. The descriptions of washer lizards, coypus, and factory shags (looming, black, crowish birds) are in one sense a folkloric parody, but, more significantly, the animals’ fantastic adaptations also critically mirror the way Oyamada’s workers adapt to their life in the factory. What Oyamada’s ultimately limning is the pernicious way workers can begin to adapt in an eerily natural way to their working environment—that is, to begin evolving into more perfect workers.

If Oyamada poses anything against this encroaching organicism, it’s the quiet liberation of the surreal, and the minor disruption of imaginative flight. At the novel’s close, Ushiyama is bogged down in repetition, endlessly feeding pages into her shredder, though a muted transformation seems to be commencing. “As soon as the shredder swallowed the last pages, I became a black bird,” she notes. “I could see people’s legs, people’s arms. I saw gray, and a little green. I thought I could smell the ocean.”