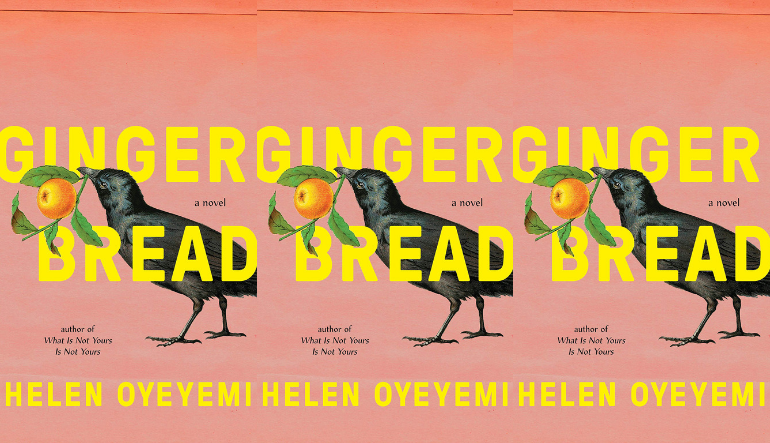 Gingerbread is a difficult book. It’s not a book that makes sense as a modern novel stylistically, character-wise, or narrative-wise. This is because the tradition in which Helen Oyeyemi writes is not the modern literary novel—it is the fairy tale. Not the Disney ones, of course, but not the rewrites, helpfully reminding us that “the originals are a lot darker,” either. Oyeyemi’s novel is a fairy tale not because it is moralizing, reductive, gooey, or pretty-to-think-so—it is a fairy tale because it captures the systems of the world, rather than the systems of the individual, and because it does this using the slippery and associative logic of the human mind. Mutable logic flows through every aspect of Gingerbread—plot, character, and space—revealing the flexibility of structures and worldviews that we normally see as rigid and immovable.

There are a few different formal elements that some fairy tale scholars have described as being the sine qua non of fairy tales, one of which is strange logic. Most of us might immediately try to describe this logic in terms of magic: Cinderella’s carriage becoming a pumpkin at exactly midnight, or the random-feeling rules that limit Aladdin’s jinn-given wishes. But this logic pervades even the everyday moments of fairy tales. The association of all events is ruled by narrative proximity rather than cause and effect. This is writer and fairy tale scholar Kate Bernheimer’s description of what she calls intuitive logic; she says, “the language of traditional fairy tales tells us that first this happened, and then that happened. There is never an explanation of why. In fact the question why does not often arise.” One reason for this strange rule is that fairy tales are very aware of the arbitrariness of the human-made world. But if fairy tales are meant to show us the arbitrary rules that govern our living in this social world, Oyeyemi means to reveal the malleability of a person’s understanding of that world, especially their understanding of its pillars: relationships and money.

Gingerbread begins, as so many fairy tales do, with the introduction of a family. The Lee family consists of Margot, the matriarch; Harriet, her daughter; and Perdita, Harriet’s seventeen-year-old. At first, they appear to be an ordinary London family, albeit one that is clever, a bit eccentric, and close-knit. Harriet tries to get in good graces with the elite PTA at Perdita’s school by baking the group gingerbread from her family’s recipe. Margot dotes on her granddaughter, letting her skip school for spa days. Perdita doles out affection and wrath according to typically opaque teenage whims. But when Perdita goes missing and turns up catatonic in her own bed after eating gingerbread laced with something, Oyeyemi brings us into the family’s past, and into the tale of the Lee family’s emigration from a place known as Druhástrana. As the family’s home country enters the narrative, so too does the first slipperiness of logic enter.

Druhástrana is described as a nightmare land, just another small country in Central Europe, or nonexistent, depending on whether you’re hearing from a citizen from a neighboring country, a native citizen, or someone from anywhere else, respectively. “Druhá strana” literally means “the other side” in Czech; the Czechs are the only people in the novel other than Druhástranians who know that the country exists. Perdita, who was born in London and never knew her mother’s and grandmother’s country, has nevertheless grown up hearing stories about it. Margot and Harriet’s past in Druhástrana was an impoverished one: first they were wheat farmers (the delicious family gingerbread recipe hails from a time when Margot needed to cover up the taste of non-food-grade wheat to feed her family). Harriet, as a teenager, was a worker (or, more accurately, a slave) in a gingerbread factory/theme park. Suddenly, just when things reached a dangerous nadir for Harriet and Margot, the two were “rescued” and brought to London by a very wealthy branch of the same family that owned both the farm and the gingerbread factory.

The causality involved in this rescue is difficult to pin down. It becomes clear that the Lee family’s benefactors, the Kercheval family, have saved the women as part of the Kerchevals’ yearly “good deed.” The Lees realize that this “annual good deed was meant to be therapeutic for the family conscience.” The Kerchevals are “cagey about the source of their wealth, so it was probably exploitative, true to known Kercheval form.” What appears at first as an almost magical and narratively arbitrary deliverance was, in part, a carefully dosed palliative to ease the guilt of the people who created the Lee family’s crisis in the first place.

This cynical explanation of the miraculous rescue could be a simple answer to the question of “why” that the typical modern novel seems to need to answer. But, again, Gingerbread is neither simple nor typical. Such plain causality removes the Lees as agents of their own story, and that is not at all what Oyeyemi intends to do. Harriet is also partially responsible for her own rescue, having spoken a spell-like SOS in English during a televised interview at the Gingerbread factory. Oyeyemi confounds our desire to see the Lee family’s rescue in simple causal terms, and makes it impossible to assign the expected narrative role of rescuer.

Aside from confounded plot logic, Gingerbread examines a slipperiness of the characters’ perception of logic, and the shifting worldviews that result. Harriet narrates the Lee family history to Perdita while the girl lies in bed, recovering from her self-inflicted poisoning. It becomes clear that this was not, as Harriet first fears, a suicide attempt, but that Perdita has been on a hallucinogenic journey to Druhástrana. Strangely, Perdita has “brought back” a souvenir from her dream trip: a ring that a mysterious childhood friend of Harriet’s used to wear. Harriet takes the ring and only barely wonders at this breach in typical causality. But, of course—why would she? She hails from a country that most people don’t even believe in. Her own experience of the physical reality of her homeland is so different from everyone else’s that the very structure of cause and effect dissolves around any event that touches it.

Perdita’s drug-induced dream trip highlights another central breach in a logic: the untethered-ness of physical space. The very houses of the book are constantly on the move: the rooms of the Kercheval estate shift mechanically at the push of a button, and one house at the very end of the novel retreats from anyone who would enter. This is also related to worldview, naturally: our position in physical space is the very foundation of perspective. When the view outside your window shifts every morning, it seems unlikely that you will carry the same immutable notions from one day to the next.

All of this perpetual motion makes the story a bit tricky to get a handle on, but for readers who persist, Gingerbread pulls off a spell most novels don’t even attempt. Gingerbread is a story about the arbitrariness of the whole human world, and of human constructs like class, citizenship, and family. Almost all fairy tales are obsessed with class and family (the two are, of course, intimately related), and there is always a possibility of moving from one to another in the end. Gingerbread is no exception: the Lees possess the power to move from existence to existence, worldview to worldview, through subtle acts of logical manipulation: making incredible gingerbread out of rotting wheat, for instance, not dying when they should, and pulling magic rings out of dreams. Oyeyemi’s elusive logic matches that of her heroines, who possess the “inherited discourse that the only characteristic Druhástranians really share is a rejection of commonality, of some worldview only intelligible to a Druhástranian.” But Oyeyemi believes that we all might share in their transformations. After all, as one minor character retorts when asked whether she, too, is Druhástranian, “Of course I am…I mean, aren’t we all?”