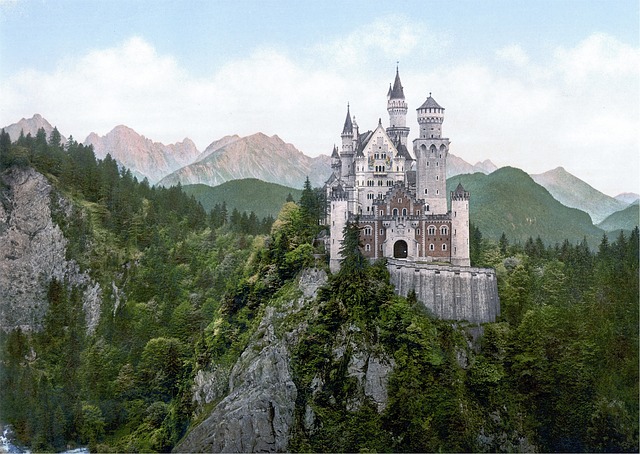 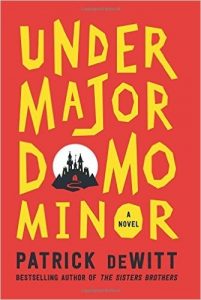 The last thing the world needs is another reimagining of the fairy tale. It has been done from every angle: straightforward, post-modern, and (yawn) from the villain’s perspective. So it was with some wariness that I approached Patrick deWitt’s new novel, Undermajordomo Minor, a fairy tale of sorts that follows young Lucien “Lucy” Minor as he seeks his destiny.

DeWitt is the author of two previous novels, Ablutions and The Sisters Brothers. The latter, a sharp and fizzy western, was shortlisted for the 2011 Man Booker and should have won—I don’t know if I’ve read a better novel since. One of the book’s many strokes of brilliance is its ability to exist on both sides of its genre constraints, both within them and outside of them with a skeptical eyebrow cocked.

In the same way, Undermajordomo Minor is a picaresque, but also a sly send-up of a picaresque. Lucy departs the stifling village of Bury for Castle Von Aux, where he is to become the subordinate of the baron’s majordomo. On the train he encounters a pair of personable thieves named Memel and Mewe who abscond with his pipe and later provide introduction to Klara, who is to become his one true love.

Almost needless to say, Lucy’s post turns out to be not exactly as described. The titular majordomo is a spectral butler in a tattered suit, the baron is nowhere to be seen, and the previous undermajordomo, the unlucky Mr. Broom, has died tragically, though no one will elaborate on exactly how.

The tropes are all there—a castle fallen into disrepair, a mysterious baron, his faithful-unto-death servants, a dashing young hero, a fair village maiden, a rival for her affection. But as the story unfolds things get weirder. A nocturnal presence is discovered eating rats; a fall into a very deep hole leads to a skirmish with an underground river; a count loses his teeth with the well-place blow of a pestle.

Try to find a review of this book that doesn’t mention Monty Python and the Holy Grail or The Princess Bride. Indeed some of the dialogue does have a certain Pythonian absurdity. Take an early encounter between Lucy and the leader of a militia, part sans-culottes, part Knights Who Say Ni, which fights a constant, pointless battle in the hills around Castle Von Aux:

Throughout there is a feeling of great control. Another picaresque I can think of demonstrates what happens when the author becomes too enamored of his own raucous satire of the form. That book is called Huckleberry Finn, and all due respect to Mark Twain, the final third is pure tedium.

Undermajordomo stays just left of center, enough to keep the reader off balance. Like The Sisters Brothers, it’s rescued from mere parody by a sincerity, a poignance running through it like an underground river.

At one point the beautiful and difficult baroness is reading a book and says to Lucy, “I for one find it an annoyance when a story doesn’t do what it’s meant to do. Don’t you, boy?” This is an obvious wink to the reader about genre and expectation. I can’t be sure if deWitt meant to fulfill or subvert our expectations. But I think that maybe, miraculously, he has done both.