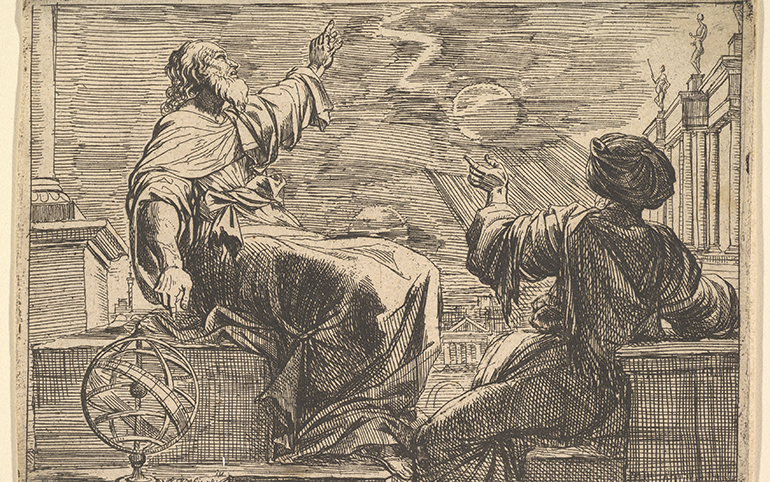 The “sexism of genius” has been well studied and widely reported. Male professors are more than three times as likely to be described as “geniuses” by their students than female professors, and, at the other end of the spectrum, parents are more than twice as likely to conduct an internet search for the phrase “is my son a genius” than “is my daughter a genius.” These gendered expectations surrounding genius underpin its social construction: we perceive genius based on particular biases rather than from a purely objective stance. Helen DeWitt’s The Last Samurai emphasizes this in the expectations it sets up surrounding a child genius, his mother, and his father/potential fathers.

Sibylla is a single-mother living in a draughty London flat she can’t always afford to heat. She works from home in a minimum-wage job, digitizing the archives of niche magazines like Carpworld and answering with near-angelic patience the increasingly loud and persistent questions of her “Boy Wonder” son, Ludo.

Ludo is undoubtedly the focus of discussions of “genius” in this novel. At four, he is reading Homer in the original Greek, and his appetite for learning, both at that young age and as he grows up to the grand age of eleven across the course of the novel, remains insatiable. Feeding that appetite is Sibylla, herself versed in several languages and possessed of a similar curiosity. Her ability to capitalize on her interests is, however, thwarted by the realities of life. If she wants to keep a roof over her head and food on the table, she must read Carpworld, not The Solid State by H. M. Rosenberg:

She asked if I had had a good day. I said I was reading The Solid State by H. M. Rosenberg. She asked if she could see it, and when I handed it over she looked inside. She said: What is a phonon?

I said: They are quanta of lattice vibrational energy.

They died as men before their bodies died, said Sibylla.

Never mind, said Sibylla. I believe that the body can survive 30 hours of typing Carpworld into a computer, for mine seems to be still of a piece.

Sibylla’s melodramatic aside, “they died as men before their bodies died,” gets—if a little pompously—to the heart of her predicament. Her intellectual life, her raison d’être as a University of Oxford postgraduate prior to her pregnancy, has withered on the vine. Faced with the responsibilities of supporting herself and her child, she hasn’t the time to pursue her true interests or talents. The menial nature of her work, this aside suggests, is supported by a body that has gone on existing after the death of her core being. The tone of this passage also indicates that Sibylla is not necessarily a character with whom we always have absolute sympathy. In fact, she is often obnoxiously superior. This attitude is, however, refreshing to see in a woman (particularly a poor single mother) when the canon of Western literature is bursting at the seams with self-assured male geniuses, misunderstood and otherwise.

The extent of Sibylla’s lost potential is unknowable, but there are flashes of thoughts and questions and connections that nod towards her underlying brilliance. The way these flashes tail off into mumblings is one of the most quietly heart wrenching aspects of this novel:

I wish I understood this, said Sibylla, and she flashed a bitter look at Carpworld 1991, but I’m glad that you have come upon it so young. Approximately simple harmonic motion—it sounds so Platonic, doesn’t it? Plato says—oh what does Plato say? Or it may be the Stoics. But I think Plato says something about it in the Timaeus. And she looked even more bitterly at Carpworld 1992-94, and she said at last: Well anyway I know what Spinoza says, he says—and she stopped.

Sibylla’s thwarted genius echoes that of both her parents. Her father was accepted to Harvard, but instead, and at the behest of his father, attended a Christian seminary. Similarly, her mother, a musical prodigy, failed to attend her second audition at Juilliard after becoming pregnant. Any potential that these characters may have had has been dampened by social expectation and convention, whether that is the rule of the father or the assumption that a child immediately and forevermore becomes the priority of the mother. The opportunity for genius, then, is strictly controlled and limited by social conditions.

In a novel awash with wasted talent, Ludo’s fathers (biological and surrogate) provide an amusing counterpoint. Sibylla refuses to reveal Ludo’s father’s identity. He is a famous and well-established travel writer, whom Sibylla views as a hack. She has christened him “Liberace” after what she sees as his “self-regarding virtuosity,” more ego than substance. Aware that this father will be a disappointment to a boy of Ludo’s intelligence, she wants her son to reach a stage where he will feel pity rather than anger at the man’s shortcomings before she makes his identity apparent. When Ludo finds Liberace without his mother’s help, he decides not to tell the man he is his son, and instead seeks out other father figures in the form of famously brilliant men, including a globe-trotting linguist, a celebrated physicist, and a reclusive painter.

These “great men”—while initially more acceptable to Ludo than Liberace—are all revealed to be fallible in some way. The esteem placed on them by society and the mysterious aura of the genius label evaporates when they are confronted by Ludo, a young boy claiming to be their son. The first of Ludo’s chosen fathers—the linguist—greets the news of his newly discovered progeny with a misogynistic outburst against the imagined mother and conclusion-jumping outrage at the fact his “son” is home-schooled: “Oh my GOD! He exclaimed in horror. What is the stupid woman thinking of? Do you know ANYTHING? What is 6 x 7?” For a boy like Ludo, who has far surpassed times tables, this is a confusing question. In a moment of painful dramatic irony, his response—“What do you mean? I asked cautiously. I hadn’t done much on philosophy of number yet” —seems only to confirm the linguist’s deepest fears as it sets him pacing up and down the room in consternation. Ludo had harbored grand hopes for this potential father:

Here I thought was a man to challenge, a man who knew 50 languages, a man who had faced death a hundred times, a man impervious to praise and ridicule alike. Here was a man who on meeting his son for the first time would SURELY encourage him to go to Oxford at the age of 11, or at least take him on an expedition instead.

These hopes are quashed when faced with the man’s reality rather than his legend. He is quick to anger and misogyny, he jumps to conclusions rather than gathering the full facts, and he has a limited, conformist view of intelligence and education that is unable to recognize Ludo’s talents. In scenes such as these, DeWitt reveals the fiction that is genius. It is a label that struggles to survive in the face of human frailty. As Ludo discovers, even the most brilliant minds have their blind spots, their biases, and their flaws.

As a result of the falsehoods Ludo proffers regarding his paternity, he is offered, among other things, a letter of recommendation to attend a prestigious school, opening pathways unavailable to him as an equally gifted child who is not the “son” of a renowned physicist. In this way, DeWitt underscores one of the central questions of her novel, which, beyond “Who is regarded as a genius?” asks, “Who is provided the opportunities that could create a genius?” As the story of Sibylla and of both her parents shows, potential is easily frustrated. The responsibility for these lost souls is, in this novel, laid squarely at the feet of society—its one-size-fits-all approach to education, its inequality of opportunity, and its fundamental unfairness.

It is unfair that a brilliant woman like Sibylla is reduced to typing out issues of Carpworld day in day out while her decidedly unbrilliant ex, Ludo’s father, enjoys a reputation as a star travel writer. It is unfair that a gifted child like Ludo cannot be educated in a mainstream school without it crushing his potential. It is unfair that the education system has already crushed the potential of other pupils who, born to parents that are not Sibylla, never even had a chance (nobody was teaching them Ancient Greek at age four). It is unfair that Sibylla and Ludo are living in near-poverty despite their many talents and proficiencies. These various incarnations of unfairness reveal DeWitt’s frustrations with the way our society is organized and with what it values, amplifying what she sees as the cost of these priorities—namely, the waste of brilliant minds and the subsequent overstatement of genius in the individuals wherein that brilliance is allowed to flourish.

Genius in The Last Samurai is presented as a kind of fiction. It is a social construct that rarely, if ever, stands up to reality. Brilliant minds with the potential for genius are crushed under the weight of social, familial, and financial responsibilities, even as mediocre contemporaries are given opportunities to excel. And where brilliance has perhaps been supported to flourish into something more, the aura of genius, as we have traditionally conceived it, collapses when confronted by the realities of individuals and their minds as necessarily imperfect. The social cost of the fiction of genius, which upholds the elite few as inherently more brilliant than everyone else, regardless of underlying biases and inequalities, is, like the extent of Sibylla’s lost potential, unknowable. DeWitt nevertheless captures a sense of this loss across her novel with equal parts fire, humor, and grief.

Victoria Addis is a PhD researcher at the University of Leeds. Find her on Twitter @VictoriaAddis.