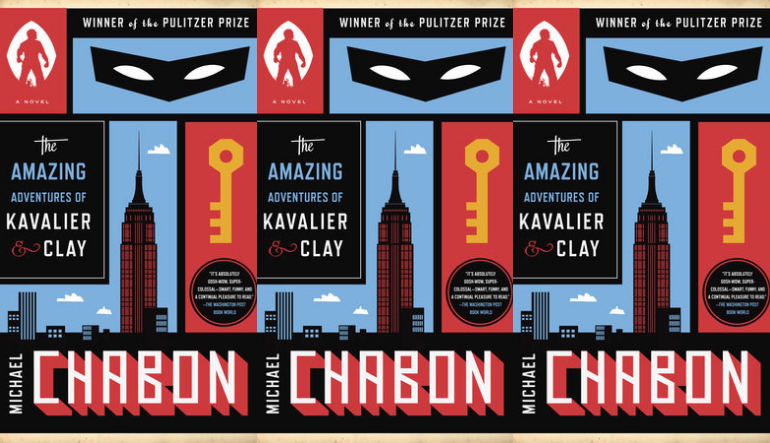 Michael Chabon wrote one of my favorite sentences of all time. It’s in a story called “Blumenthal on the Air,” first published in Mademoiselle in 1987 and collected in 1991’s A Model World. I’ve forgotten what “Blumenthal on the Air” is about, but this sentence has stuck with me ever since I first read it:

The fireworks are fireworks; they spray and glitter and lightly move me like every display of fireworks I have seen in every July I remember, and lingering octopi of smoke float over our heads.

I admire the density of this sentence. The recursive “The fireworks are fireworks;” the surreal “lingering octopi of smoke;” the hint of melancholy lent by “lightly move me” and “every display of fireworks I have seen in every July.” It’s a description that avoids, with the possible exception of “glitter,” any of the words one usually associates with fireworks. Yet it makes us feel like we’re inside the narrator’s head, watching those lingering octopi through his eyes.

Chabon loves language, and his best sentences are elaborately wrapped surprises. He’s nerdy, often Latinate, deploying obscure vocabulary like a guy in a Klingon t-shirt spouting technical details of the U.S.S. Enterprise. He never met a semicolon he didn’t like, and he often uses structures that build and build until it seems like they should topple under their own artificiality, but somehow don’t. In this sentence from Wonder Boys, Grady Tripp bemoans his never-ending second novel with a fittingly never-ending string of supplementary details:

“I had too much to write: too many fine and miserable buildings to construct and streets to name and clock towers to set chiming, too many characters to raise up from the dirt like flowers whose petals I peeled down to the intricate frail organs within, too many terrible genetic and fiduciary secrets to dig up and bury and dig up again, too many divorces to grant, heirs to disinherit, trysts to arrange, letters to misdirect into evil hands, innocent children to slay with rheumatic fever, women to leave unfulfilled and hopeless, men to drive to adultery and theft, fires to ignite at the hearts of ancient houses.”

This sentence shouldn’t work—its length, its repetitious structure, its smug use of the word “fiduciary”—and yet, for me at least, it does work. It works because it’s fun: it invites the reader to imagine Grady Tripp’s impossibly convoluted novel. It does what a good story does, but on a syntactic level: it makes you wonder what comes next. While many of his contemporaries write sentences that feel labored-over, brainy, and self-important, Chabon always seems to be having a good time, which invites us to have a good time, too.

His playfulness reaches its apotheosis in Telegraph Avenue, his most recent novel. Although not his best work, it contains his most ambitious sentences, supercharged with the rhythms and lexicons of funk, kung-fu, and blaxploitation flicks. Famously, the novel contains a twelve-page-long sentence from the POV of a parrot. It’s a showboat move, a writer testing how far he can push an idea. You can almost hear Chabon saying “Check this out!” behind the prose, and yet the sentence rarely feels labored. What should disintegrate into a mess of nested clauses and comma splices is instead entertaining, exciting, light on its feet.

I’ve learned a lot from Chabon’s sentences. My prose, when I’m not in control, often becomes dense and obscure. I read it and think, “This is a writer more interested in himself and his little obsessions than his reader.” Chabon strikes a balance: his sentences are complex, dense, full of geeky references wrapped in athletic syntax, but they’re built for the reader’s enjoyment, not Chabon’s. Jennifer Egan, in her New York Times review of Telegraph Avenue, remarks that Chabon has always been “a joyful writer—his own pleasure and curiosity are part of the reading experience.” That joyfulness is what keeps me coming back to his sentences. When my own sentences feels stale or self-serious, Chabon’s exuberant prose always shows me a new structure or technique, a more fun way of thinking about words and meaning. His best sentences are, like all beautiful sentences should be, fireworks shows.