Home
»
Reading
»
The Food Memoir: Harking Back to Childhood 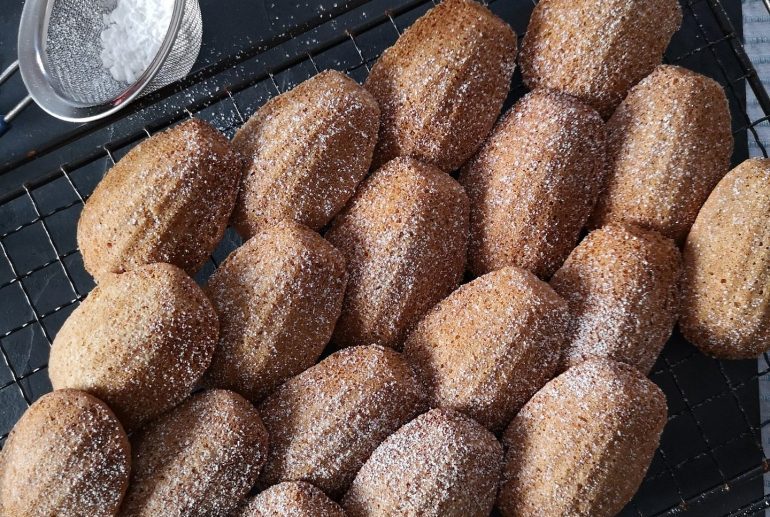 One of the most profound depictions of memory in literature is immortalized in Marcel Proust’s In Search of Lost Time. The Madeleine Moment, as it is often called, exists in Proust’s seven-volume novel, where the narrator is swamped by memories when he dunks a madeleine, a sort of cake, into tea.

Proust’s magnum opus is fiction, but if there is an equivalent in nonfiction, it is perhaps the food memoir. If memoir relates to memory, the memory of food is one of the deepest in our lives, and as such, constitutes the staple of food memoirs.

Some of the finest food memoirs trace the authors’ gastronomic experiences and memories to childhood. Indeed, some of the greatest memoirs, not just the food autobiography, at least touch upon the authors’ earliest years.

The food writer’s seed is often sown in childhood. In her classic The Gastronomical Me, M.F.K. Fisher starts by describing her earliest memory of taste.

“The first thing I remember tasting and then wanting to taste again is the grayish-pink fuzz my grandmother skimmed from a spitting kettle of strawberry jam. I suppose I was about four.” In Climbing the Mango Trees: A Memoir of a Childhood in India, the stamp of taste was put on the author, Madhur Jaffrey’s tongue even earlier in life – when she was born. An elder in the family drew a shape on the new-born Jaffrey’s tongue with a finger dipped in honey to signify sweet.

My memory of sour flavor dates back to my nascent years. I remember climbing a mango tree myself as a boy growing up in India’s heartland, the state of Chhattisgarh. In the heat of summer afternoons, I, along with my younger brother and a girl next door, would climb the mango tree in our backyard to pick unripe mangoes and eat them.

Prof. Barbara Frey Waxman, in an article on food memoirs, defines the genre as “a culinary memoir that chronicles the growth and development of the memoirist through the lens of food memories, in narratives that either begin with childhood or that interpose frequent flashbacks to earliest formative experiences.” The true food memoir, she argues, harks back, in some way, to childhood.

Not only our earliest taste and flavor sensations are set in childhood; our cooking attempts, no matter how naïve, also often first happen in the earliest years. Our olfactory senses are already developed in childhood.

“The truth is, I think,” says Fisher in her memoir, “that small children have very sensitive palettes.”

The smells and taste of childhood are often etched in our memories forever. The aroma of spices and fish cooking in my mother’s kadhai, or wok, transports me back to those days of boyhood.

As I read Fisher’s autobiography, how kindred a spirit she seems. She learned her first cooking lessons imperceptibly as I did in my mother’s kitchen. Often our first cooking attempts are acts of daring or mischief possible only in childhood.

Fisher writes, “The first thing I cooked was pure poison. I made it for Mother.” Fisher made a pudding that turned out to be a disaster. I made similar messes in my mother’s kitchen.

After the first missteps, the food writer learns her lessons as a duck takes to water. Fisher says her mother “taught her several things without making them into lessons.” Among the things she learnt was “cupcakes with grated orange rind in them.”

Ah, cakes! I watched my mother use exactly the same flavoring agent as she prepared cakes. She would preserve orange peel and dry it to put into cakes that exuded a charm that still visits me.

In The Apprentice: My Life in the Kitchen, Chef Jacques Pepin describes evocatively the lessons imparted by her mother. Many a chef has recounted his inspiration thus coming from early years.

The food memoir as a genre often has little action. It’s often an accumulation of sensory experiences and evocative memory. For example, Nigel Slater’s Toast: The Story of a Boy’s Hunger has a Proustian resonance but no dramatic action.

Whether nonfiction authors should use words from adult vocabulary and viewpoint to describe childhood experiences and impose narrative meaning is a subject of debate. Essayist Phillip Lopate makes a cogent argument in favor of using adult perspective to make sense of childhood experiences. A memoir can’t be a loose collection of vignettes however vividly written.

In fact, the lack of action in the food memoir can be compensated with narrative and theme. In the essay, “A Thing Shared,” Fisher has written about a drive from Los Angeles to her great-aunt’s ranch when she, along with her little sister, had one of the most memorable meals with her father. The grand finale of the meal was a peach pie, which her father cut into three pieces and put them on white soup plates.

Fisher conjectures why the meal was so delightful and memorable, but can’t come up with a specific reason other than that it was the first “conscious” meal. The “queer clarity” with which she remembered the meal “must mean that it had other reasons for being important.”

“I suppose,” she adds, “that happens at least once to every human. I hope so.”

Fisher and her sister felt a thrill at sharing the pie with their father, away from their mother: the pie was “succulent, secret, delicious.” The pie takes on meaning beyond flavor.

Food links us with our parents and childhood. Often children regret, after their parents’ passing away, not having loved them enough while they were alive. I suspect, on the other hand, that my affection for my mother, while she is alive, will haunt me after she departs. At that time, the words I have committed to paper or digital medium about our culinary and epicurean experiences will immortalize her.