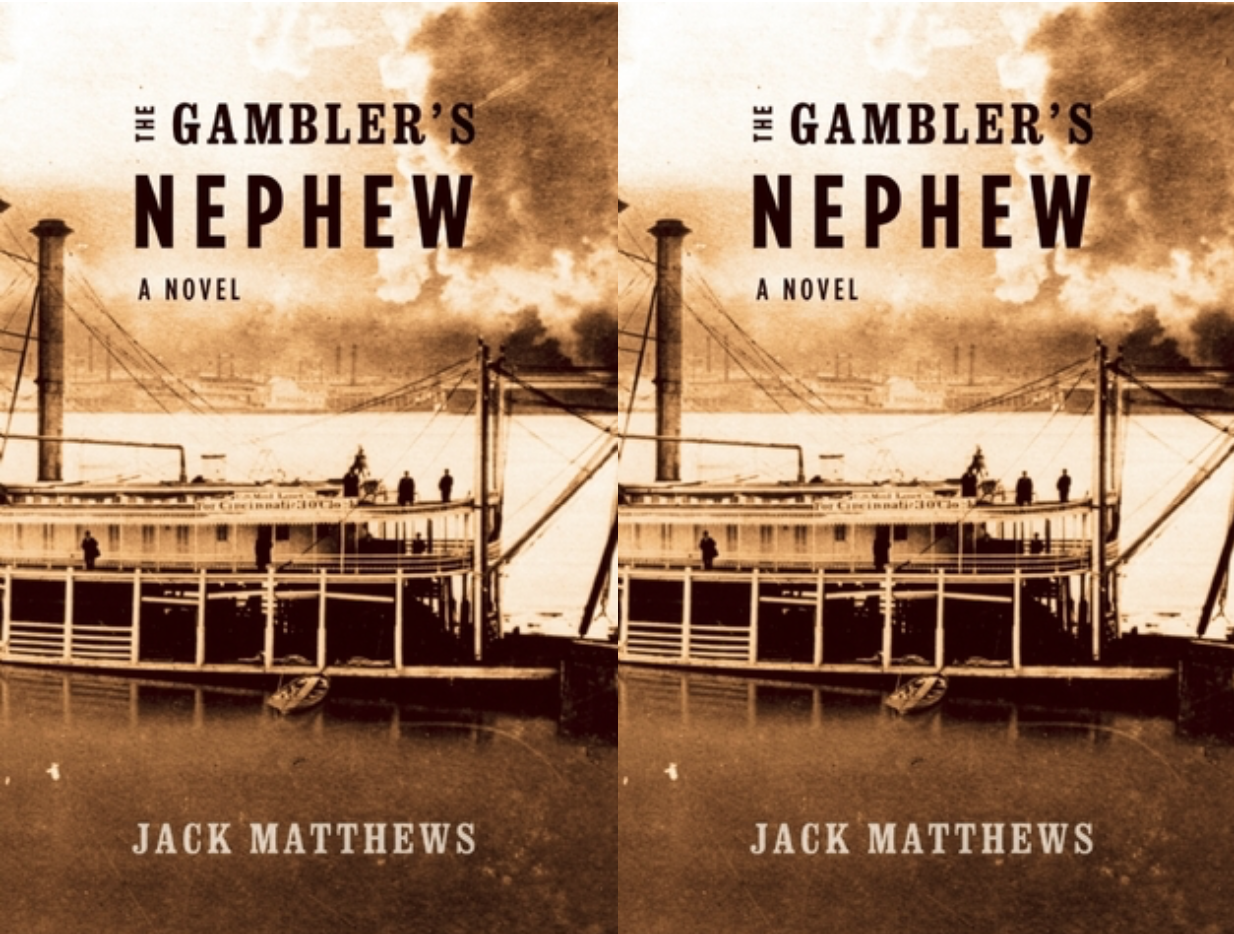 Jack Matthews’ first novel, Hanger Stout, Awake!, was published in 1967, and his latest, The Gambler’s Nephew, is already the 23rd in his half-century career. Thankfully it’s never too late to discover a writer this pleasant to read.

Like many of Matthews’ other stories, Gambler’s Nephew is a period piece with regional flair, detailing the local scandals of a river town called Brackenport in the mid-nineteenth century—as if Huck had made his intended turn at the Ohio. Brackenport may masquerade as a quiet, God-fearing place, but don’t be fooled: it is full of scoundrels, murderers, and hypocrites, all of them, strangely, very concerned with morality—and not in a dark, ambiguous, 2011 kind of way, but in a direct, visceral, fate-of-your-soul kind of way.

That said, it’s hard to tell what constitutes good moral character in Brackenport. Nehemiah Dawes, the town’s most prominent and successful citizen, goes on tirades about “freethinkers,” the evils of the Fugitive Slave Law, and Cincinnati medical students who dig up corpses to study anatomy; Eugene Biddle is a belligerent and a drunk, and he probably didn’t kill that man, but he’ll hang for it anyway.

Some of the best scenes in The Gambler’s Nephew, in fact, are when Biddle is trying to convince the jailer’s bookish son, Loftus Gandy, to sneak him some Monongahela Rye. (“There was only one thing he dreaded worse than death, and that was the thought of being cold sober when he had to climb those nine steps before descending into Final Judgment.”) He wheedles, and cajoles, and even recites poetry, and when the boy ultimately refuses all Biddle can say is, “I’ll be God Damned!”

For a story focused on morality and rife with violence, The Gambler’s Nephew is surprisingly light-hearted. Many contemporary authors try to make you writhe under the weight of heavy philosophical issues, but Matthews would rather you shake your head and give a small smile.

There’s no final word on any character’s immortal soul, however, so you can feel free to enjoy passing judgment on whosoever you wish.