Home
»
Critical Essays
»
The Ghost in the Room 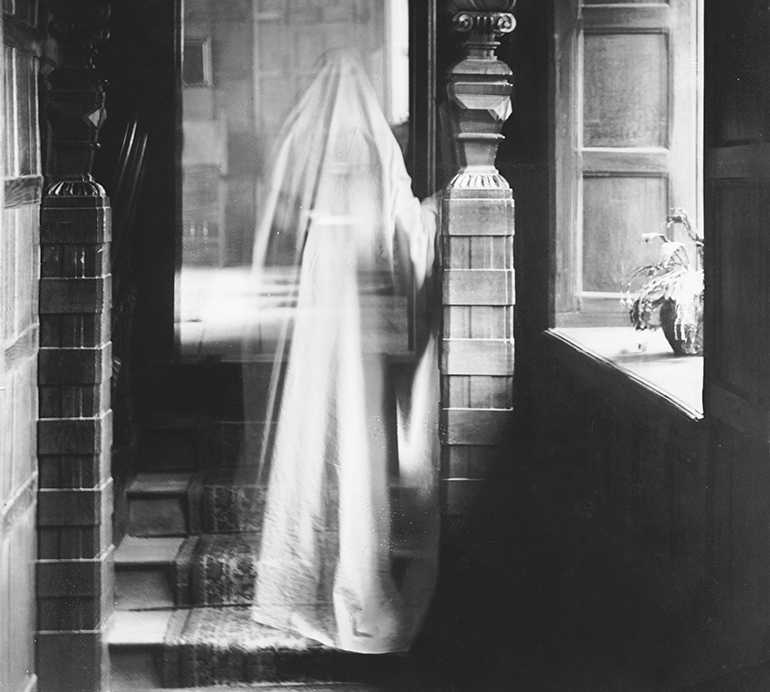 Kate Walbert’s story “To Do,” in an August issue of the New Yorker, begins with a woman named Constance monologuing onstage about her recently deceased mother. It’s a performance; Constance is reading the to-do lists she found in her mother’s assisted living apartment after her death. Despite Constance’s preoccupation with the lists, the audience—composed mostly of women who are academics—is bored, quiet, and restless. The reader feels Constance’s frustration: we all know the maddening experience of trying and failing to get something meaningful across to a stranger. What Constance is attempting onstage is a bridging of the personal and the public. She’s performing the complex and messy act of remembering someone, of capturing someone who’s gone. There is something compelling to Constance about her mother’s lists—and about her mother, who “had been a beauty,” a typist, and then struggled with alcoholism. Constance’s challenge, it seems, is to make these fairly commonplace struggles as compelling to a stranger as they are to her.

Two weeks before Walbert’s story came out, the New Yorker published a George Saunders story that, although wildly different in many ways, also deals with memory and its difficulties. The story is narrated by someone who’s originally referred to as 89, then as Greg. Something has happened to the narrator to make him forget a previous life—he’s an old man, and is learning how to speak. As the story progresses we learn some details about who the narrator is—and who he was—in fragments, the past intruding on the strange present with painful specificity and familiarity. If Walbert’s story is fragmentary in structure—short sections from the past and present intermingle—the fragmentation in “Elliott Spencer” happens on the level of the sentence, even on the level of the word. Both stories grapple with the question of how to represent complicated memories that, to the outside observer, might not seem particularly precious or notable.

At the storytelling night in the opening of “To Do,” Constance’s memories don’t move the listeners. What does compel the audience is Constance’s friend, Beth, whose performance is “essentially visual”—she balances spoons on her nipples and the audience goes wild. What rivets the audience, it seems—even an audience of academics—is the sexy, simple, and slightly sensational. Beth’s performance, unlike Constance’s, is idiosyncratic. It’s not particularly symbolic or even particularly personal (“We would do it at football parties,” Beth explains onstage). The question Walbert raises by contrasting the two performances seems to be: is it possible to capture the fraught, ever-changing process of personal remembering with the same drama as Beth’s nipples-and-spoons performance? And can personal memories that aren’t particularly unusual, sensational, or sexy—like Constance’s—be made compelling to strangers?

In the story, the question of how to represent memory—which is an evolving experience—dovetails with the question of how to represent memories of difficult people. The fact of Constance’s mother’s alcoholism is never directly voiced in the story; instead, it’s made obvious through searing minutia. The mother out cold on the couch as ladies arrive for bridge. The mother’s mirror, “smudged in places as if her mother had pressed her face too close to the glass.” The mother’s simple and heartbreaking question, when her daughter delivers toast on a tray in bed: “What did I miss?” This question evokes the post-it to-do lists of her later years, as if they were charms against missing all that she’d already slept through.

In “Elliott Spencer,” because something has happened to Saunders’ protagonist to alter his memory, his past doesn’t encroach until later. When memories do come back, they’re of his mother. It’s a simple memory: he’s fallen in the creek while sledding, and gone home afterwards. The moment is poetic: “Then see her so clear:    Flour in hair   Mouth going O  at sight of icepants    Which I am to leave by door on Hefty bag, spread out.” In this same fragmented way, we learn that the narrator drank heavily; that he was sometimes violent because of it; that he was homeless. Each memory comes back filtered through the narrator’s horror and surprise at remembering it, and he relates memories of his own past as if these things had happened to another person, as if he is hearing them for the first time. As a result, we’re able to feel, simultaneously with our horror, some empathy for him.

Maybe this is what’s compelling to Constance about her late mother’s to-do lists. Her mother is someone who’s failed her daughter, who caused her pain, but the to-do lists are evidence of her attempts to be better, of her trying not to miss things. The image of an old woman in a retirement home making nonsense to-do lists softens the images of alcoholism in Constance’s memory. Similarly, the present-day image of Saunders’ narrator relearning language in some sort of dark and strange future softens the memories he presents us with.

In both stories, the commingling of past and present prevents either time frame from becoming overwhelming. These stories are about remembering more than they are about the past. “To Do” is a story of two mothers: the housewife with alcoholism and the dying, organized old woman. Similarly, “Elliott Spencer” is a story of two men: a young man prone to violent outbursts, and an old man alone in the world, relearning how to speak. Both stories suggest the flexibility of the self, the difficulty of loving someone who is not a fixed quantity. In the final section of Walbert’s story, Constance remembers an interaction with her mother that’s difficult for her to recount; she describes her mother with immediacy, as if she’s in the room, in the present, as “a ghost . . . still confused as to what path she was meant to follow.” Maybe this is the painful answer to Constance’s frustration at the opening of the story: in order to captivate the audience, the past must be made so bitingly present that it feels almost physical. The ghost must be in the room.