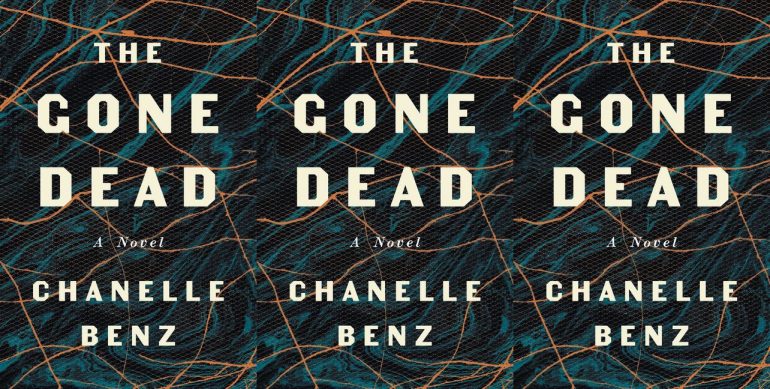 In The Gone Dead, Chanelle Benz’s haunting debut novel, Billie James returns to Glendale, Mississippi, to the house where her father died some thirty years earlier. She has now inherited the small shack and has returned to fix it up for incoming renters. Instead, she discovers a mystery at the heart of her father’s death, and we follow Billie as she unravels that mystery, trying to understand what happened to her father and to herself—although she was there the night he died, she was a child and so remembers little of what happened. The first line of this impressive novel sets the stage for what follows: “It is not exactly as she was picturing.” The present doesn’t jive with the past; the stories that have been told do not reflect the truth. What follows is an interrogation of memory, race, and the way that stories define our lives.

The novel is anchored by Billie’s point-of-view. Billie, a grant writer in Philadelphia, is honest and forthright, and she serves as a wonderful central narrator. Billie’s parents divorced early in her life. Her father came from Glendale; his ancestors worked as slaves on the land. Billie’s mother was white and never felt at home in Mississippi, her marriage then a crime in the state. Billie’s memories of her father and of Glendale—to which she has not returned until now—are fragments and images, mostly held just out of reach.

We also have access to eight other points-of-view. Some of these characters are more reliable than others, providing a wonderful layer of mystery in the storytelling itself: Whom do we believe? Who holds the truth? Is there actually a truth to be found? Characters that we initially suspect as being problematic—for example, members of the white sharecropper family who originally owned all the land, homes, and slaves—turn out to be more trustworthy than we first believe, and in this way, Benz implicates us in this story and in the history of this place. Our assumptions of who is good and who is evil get called into question again and again.

Benz uses interiority and free indirect style to allow us to access each of the nine points-of-view. If Benz wasn’t such a skilled writer, the constant movement from one character to the next might diffuse the power of the novel. But she knows how to dive into a character’s thoughts and yet still retain authorial control. After Billie meets Harlan, the son of the white sharecropper family, she gets into her car: “They smile at each other through the glass, between the weight of time and heat. His eyes are blue. This whole time she thought they were brown.” We can see how Benz uses free indirect style to toggle between the author and the character.

Benz rarely provides much in the way of backstory or context. We are immediately with the character, and this allows the reader more access than Billie has to the truth. This is also the story of a community—one that struggles with its past—and so it only makes sense that we learn about it not only from Billie, the outsider, but also from those who have remained.

One of the most intriguing and beautiful point-of-views is told through the voice of the bar where Billie’s father was seen on the night of his death. This is the only time in the novel that the point-of-view belongs to a place and not a person, and it’s a very brief chapter, but here we can see Benz’s poetic voice and her belief in the importance of place. While we may question the veracity of some of the other voices, this one feels like the objective truth. The bar has seen and heard the South in all its guises:

Heard children singing, laughing, running into the sun to catch a bullfrog. Heard a baby offer up a word for the first time. Heard the silence after underwater drinking, and the fishhook whine of hunger from a small belly. Heard the knock of white men looking for a boy hiding at his uncle’s house, heard shots in the night, far off but always too close, and heard weeping, too much weeping too damn much of the time.

It’s a beautiful chapter, and it provides an opportunity for the reader to see how the story of the novel fits within the story of the South. Benz’s prose is lyrical, and the only downside is the desire to hear more from this place, to understand more of the truths it has known.

The novel retains this tension right up to its final pages. The Billie at the start of the novel is no longer. She has learned much about what happened the night of her father’s death, but, perhaps more importantly, she also now understands how she is tethered to Mississippi: “But this place is in her blood and her blood is in the land and the land is hers.” In the process of unraveling the mystery about the father, Benz shows us the importance of place, family, and always searching for the truth.