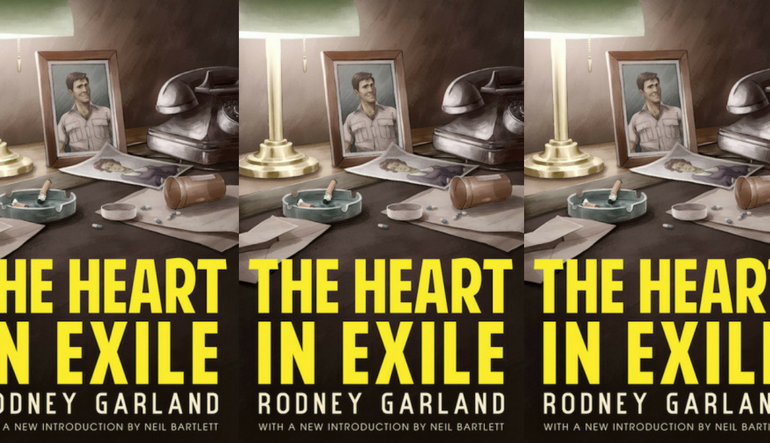 When I was a teenager, I was obsessed with the hard-boiled detective story. The relationship started in high school, when a few friends and I would swap Raymond Chandler novels and Humphrey Bogart movies in study hall and spend a lot of late nights talking about Rian Johnson’s film Brick and whatever episode of Veronica Mars we were on. In the back rows of computer labs, we’d work out a rough draft of a new language constructed from these stories’ dead slang—a special cut of the jib. We were drawn to it, I think, because there’s a certain type of wish fulfillment with the hard-boiled genre: the idea that even if you’re in a bad place, as long as you’re smart enough and fast enough, you’ll end up on top even if you have to get beat up along the way. That maybe the bad things will make sense and in the face of their answers, you’d stand the better person for it.

It makes sense to me then that in 1953, when the Hungarian writer Adam de Hegedus would take up the pen name of Rodney Garland and write about the 1950s English gay scene, he’d do it as this type of detective story.

There were gay characters in noir stories before the novel The Heart in Exile, but we were always coded in plain sight as villains like in the film adaptation of Laura or slimy henchman assigned with elaborate slurs like in The Maltese Falcon. Gay people were present but decidedly othered and unwanted.

So when The Heart in Exile embraces the genre and formula, it’s knowingly. Characters talk about going to see the new Humphrey Bogart movie, and the main character, a psychiatrist named Dr. Tony Page, longs to be placed in a novel and laments even that “the novel, I wished to live at this particular moment was a penny-dreadful, mystery story, was significant, because I always felt the penny-dreadful was the real novel.”

With genre, there’s formula and with formula there’s structure, and Garland uses the detective story to place the gay experience of the era through a guided lens. Here the novel opens in a way you’ve heard before: a mysterious woman enters a man’s office unannounced. Her fiancé has died mysteriously, and she believes that the person here is the only one who can find out what happened. Only here, the office isn’t a private eye’s but that of a bisexual psychiatrist, and the dead fiancé was his old lover following their service together in World War II, and his death, a suicide.

These small diversions in details are important when claiming spaces in the genre. When the grieving fiancée sees Page, she suggests hiring a private detective to investigate the suicide, which Page immediately shuts down. “It would be worse than useless,” he tells her and he’s right. The private detective is a protagonist by design who slips between proper society and criminal underbellies, someone who can hit up a police station and an illegal casino in the same afternoon. The investigation here isn’t into corruption and backdoor deals but to the cause-and-effect of homophobic culture.

Garland describes the gay scene as “the underground,” and in an unfortunately literal sense is the criminal underbelly Page knows how to navigate. Gay clubs were secret and the frequent target of police raids. People were thrown in jail, lives were ruined, and so these relationships were carried out through secret codes and behind closed doors. The two worlds Tony Page navigates are ones that every gay person had to at the time (and some still do)—between the straight-presenting public world and Garland’s underground.

When Raymond Chandler wrote about the development of hard-boiled detective fiction, he described it as an attempt at capturing a type of reality in the mystery genre. A place that detailed the corruption of politicians, police, and organized crime as a way to make us confront these misgivings in society, and as he described it in his essay “The Simple Art of Murder,” “It is not a very fragrant world, but it is the world you live in, and certain writers with tough minds and a cool spirit of detachment can make very interesting and even amusing patterns out of it.”

The emphasis to me is that these stories are depictions of your world for all its evils. For Dashiell Hammett, that world was criminal and political abuse he saw as a Pinkerton detective and anti-fascist, communist political activist. For Rodney Garland, it’s the never-ending, oppressive social and legal manhunt against what we’d consider now as the LGBT+ community. There’s ultimately a reason that there’s no murderer in The Heart in Exile. The death at its heart is a suicide and the answers revealed through investigation of the nightmares he experienced trying to live as a gay man. The killing isn’t something carried out by one man in the night but instead a societal expectation that’s doing everyone like us in. Slowly. Silently.