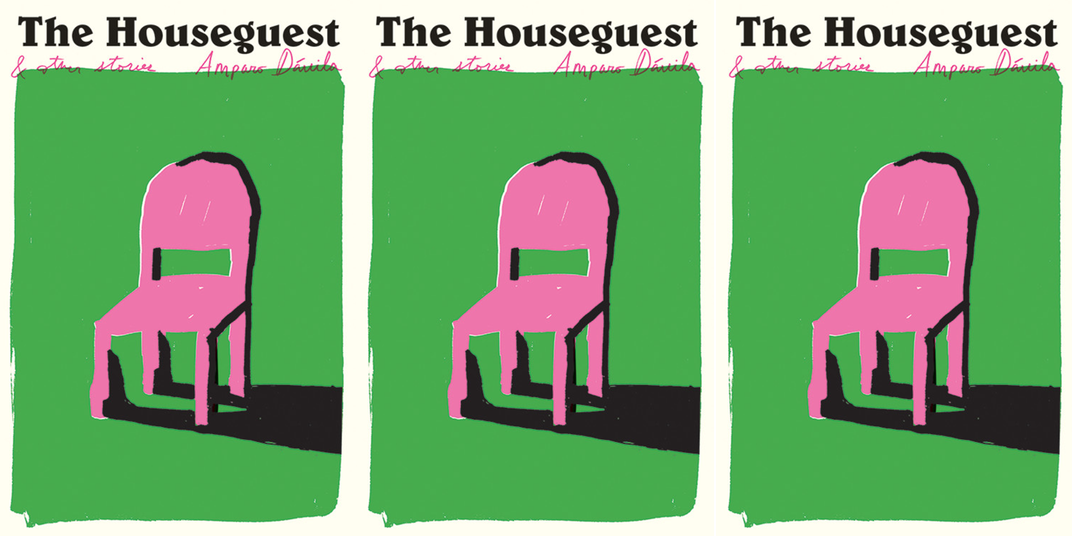 Amparo Dávila’s first collection to appear in English, The Houseguest and Other Stories, includes the kinds of stories you feel in the chest and gut—if you ever had childhood nightmares after watching The Twilight Zone (think “The Hitchhiker” or William Shatner’s monstrous visions on the airplane), you know what I’m talking about. Her work (first published in Mexico in 1950) is reminiscent of Shirley Jackson, Franz Kafka, and Edgar Allen Poe, and tests the limits of fiction.

In The Paris Review last year, Matthew Gleeson, one of the collection’s translators (along with Audrey Harris), noted “an instability of borders” in Dávila’s stories. Her characters inhabit a fluid world that pushes boundaries: between animals and humans, reality and fantasy, fear and obsession. Dreams come true—especially nightmares—and obsessions turn into reality. In one of the best stories in The Houseguest and Other Stories, “Musique Concrète,” a woman believes she’s being stalked by her husband’s lover. The woman hears the lover croak under her window each night. Did I mention the lover is a life-sized toad? Not every writer could pull this off, but Dávila’s stories have their own rules—and once we understand her parameters, we’re willing to go where she wants us to go.

Often, what a writer doesn’t tell readers is as important as what she does tell them. Dávila, in addition to skillfully navigating elements that require a suspension of disbelief, perfectly executes this balance. The first story of The Houseguest, “Moses and Gaspar,” wouldn’t be quite so eerie if we knew exactly what kinds of animals a character, José, has inherited upon his brother’s death. Initially, the reader imagines them as cats, but because they’re never identified as such, they shapeshift and seem more grotesque as the story continues. In another story, “Haute Cuisine,” we aren’t told what creatures scream when they’re cooked—we’re only told how the narrator feels when they scream. Dávila describes the creatures’ eyes and wails—“They screamed sometimes like newborn children, like crushed mice, like bats, like strangled cats, like hysterical women”— and because they are left unnamed, the animals boiling to death in the pot become the details that are named: children, mice, bats, women.

There’s plenty of ambiguity in this collection, but one thing that isn’t vague is the frequent dispensation of punishment. Dávila punishes her characters often and gruesomely—with scissors, with starvation, with fire. There are similarities across each of the stories within The Houseguest, but rather than being repetitive, they seem to complement one another, creating a conversation across stories. In “The Cell,” for example, a woman goes mad (or seems to) because of some invisible oppressor in her bedroom each night. The narrator of another story, Sergio, thinks his friend Marcela has gone mad when she describes her toad stalker. When he learns the stalker truly is a toad, the reader not only has renewed faith in Marcela, but also rethinks their assumptions regarding Maria.

It’s hard not to think of Mexico’s tradition of magical realism when reading Dávila’s stories, but she never claimed to be part of any literary movement. Her work, however, frequently delves into the discomfort that comes when reality is questioned. In “End of a Struggle,” for example, a man doesn’t know if he is “flesh and blood, or just a shadow.” Figuratively, this might be a tired metaphor, but in Dávila’s hands, the narrator is truly afraid he’s become a shadow of himself, and proceeds to stalk “himself” (the “real” non-shadow version) because he’s scared the “real” him will hurt a woman he used to love.

What grounds the stories in The Houseguest are characters who live lives that, at their most basic, look like ours: a man yearns silently for a neighbor, a working class woman wants to fall in love, a man grieves over his dead brother, a family argues over politics at the breakfast table. Because these lives are so relatable, the absurd seems plausible. Even when Dávila’s characters are at their most violent and insane, even when she’s at her most fantastical, her stories are wholly true.

Tags:Amparo Dávila, The Houseguest and Other Stories