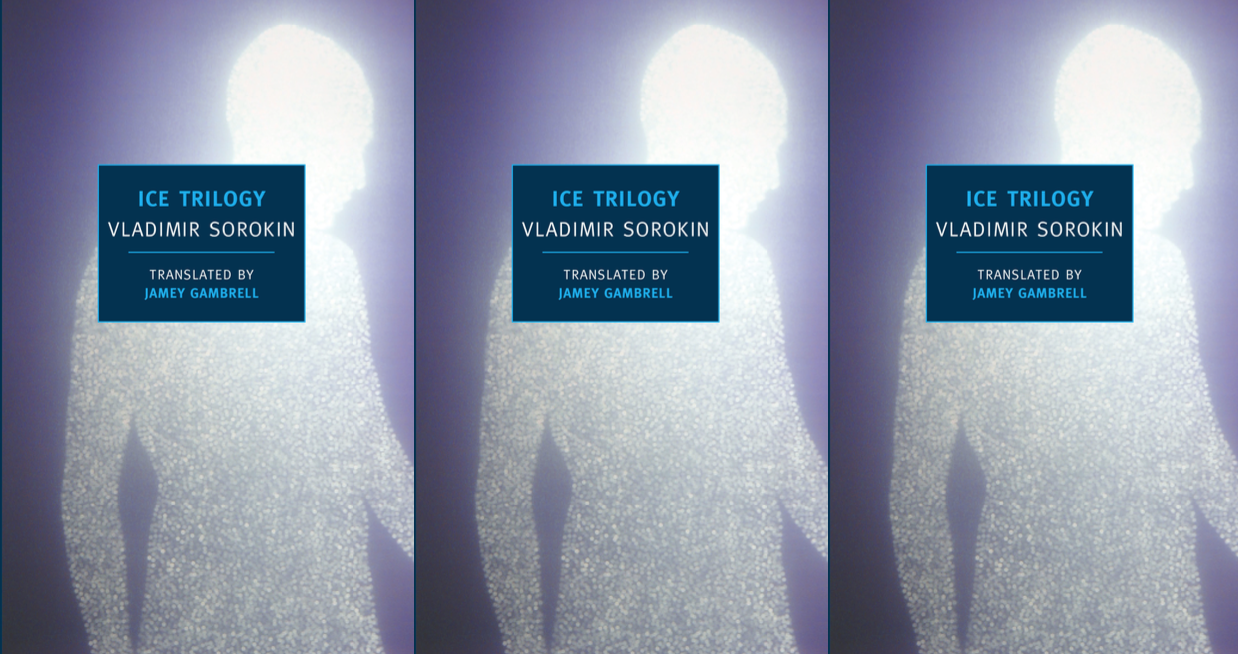 The Ice Trilogy, a newly translated work of fiction by Vladimir Sorokin, tells the tale of the 20th century’s tragedies and triumphs through the eccentric and abrasive narratives of—to be charitable—a cult of assholes.

At the dawn of the century, a young man is drawn to the site of the Tunguska meteor in Siberia. He communes with the light trapped in the meteor’s ice, which tells him it is a messenger from the universe and that he must find the true people of light on earth. The young man then goes around smashing people in the chest with said ice to see if they contain its inner light, and in turn these people hammer even more people with blocks of ice in order to transform them and “awaken their hearts.” The cult’s ultimate goal? Awaken all 30,000 or so members across the globe, slaughter everyone else, and then merge with the universe. (I told you they were a lot to take.)

Sorokin manages to make this story both compelling and devilishly fun. The sect’s history is explained through varying perspectives—its founder’s autobiography, the confused ramblings of its converts, the heroic quest of its opposition—with Sorokin’s voice throughout as flexible and manic as Michael Winslow reading Shakespeare. Oscillating wildly between slang, propaganda, and literary fiction, and creating dozens of unique character tones for Cyber punks, gulag survivors, and European tycoons, Sorokin manages to sneak the story into the historical timeline of the 20th century with no alterations to history as we know it.

What’s most impressive here is the sheer scope of the entertainment. The three books in this bound trilogy, released over a period of five years in Russia and now collected for the first time in English, chronicle an entire sci-fi noir mythology. Squeezed in are love stories, battle scenes, and dark meditations; the benefit of the book’s conceit is that characters can be pulled from literally any walk of life and instantly given a central role.

Which is why the central question of the book packs so much power. Eternity, Sorokin’s sect suggests, is the natural state of being, and humans were an accidental interruption. This naturalist eternity contains its own versions of heaven and hell, where an individual is either part of the universe’s core light or nothing but a disgusting meat machine bound for the void. The 20th century, that very real epic bloodbath without which The Ice Trilogy’s science fiction could not exist, seems to inform both for and against it. We are left at the book’s twisted and suddenly realist conclusion to decide whether we are on a path towards salvation—or if, in fact, we’re the bunch of assholes.

Joe Gallagher is the Artistic Director of Big Rodent. His first book of verse, Night at Suck Mansion, was published in 2010. He was born and raised in Orlando, FL, and now lives in Brooklyn with his well-adjusted fiancée.