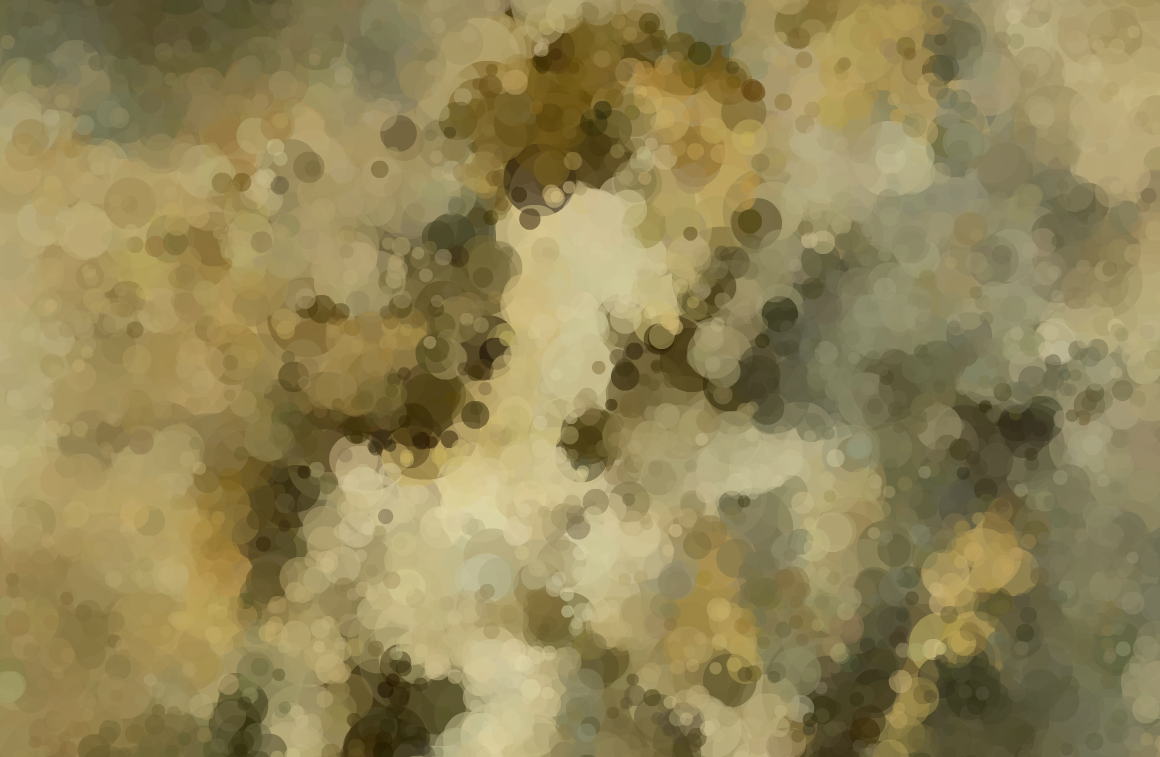 We tend to trust our memories and assume that we have rightly understood and interpreted what has happened to us and in our lives. But memories can be uncertain, and the ways in which people interpret even events that are currently happening in front of them owe a lot to the cultural trappings of power: witness the multiple competing narratives around the Covington Catholic students, Nathan Phillips, and the Black Hebrew Israelites meeting on the National Mall in January—or the conflicting reports that seem to constantly emerge in alleged abuse cases from Michael Jackson to Brett Kavanaugh. Two novels that masterfully explore these themes of memory and power from traditionally masculine and feminine perspectives, Tana French’s The Witch Elm and Jane Smiley’s A Thousand Acres, come to a similar conclusion: the power structures under which we operate can mold and distort our memories, and potentially destroy our lives. That both stories are tragedies is clear from early on, and what are tragedies if not reflections on power, who has it and who doesn’t, and who’s grasping for it?

Toby Hennessey, narrator of The Witch Elm, is a handsome, wealthy, young Irishman living in Dublin with an art gallery job he loves, a perfect girlfriend whom he adores, good friends, and a nice family. Everything is going perfectly for him until one night, in a seemingly random act of violence, two men beat him severely while robbing his apartment. Although he recovers, Toby is left with PTSD as well as memory gaps and physical problems ranging from slurred speech to a limp. As part of his recovery effort, he moves into his beloved uncle Hugo’s home, nicknamed the Ivy House, to help care for Hugo as he faces terminal cancer. On top of all of this, a literal skeleton is found in the wych elm in Hugo’s backyard, and Toby’s situation spirals out of control as he tries to navigate both his new disabilities, which he’s desperate to hide from his family and friends, and the police investigation of the body and all of the minefields that process exposes, including multiple unexpected revelations about his past.

A Thousand Acres is Smiley’s retelling of Shakespeare’s “King Lear,” set on a large family farm in Iowa in the early 1980s and narrated by eldest daughter, Ginny. Smiley’s Lear is Larry Cook, the aging, autocratic family patriarch who decides to leave farming and give his acres to his three daughters. His youngest, Caroline, is uninterested in and wary of his unexpected plan, but when she tells him this, Larry cuts her out of the transaction, giving the farm to Ginny and middle daughter, Rose, and their husbands. Thus begins a series of disagreements and problems, of fights and affairs and the unearthing of memories that will eventually undo not only the land transfer deal, but the entire family.

Toby and Ginny are each reflecting on past events when the reader meets them, and the plots of each novel unspool slowly, building in intensity and drawing out the various mysteries that surround their families. The interrogation of the truth is always tricky, and French and Smiley are careful to show that the answer to the question of what is true can depend completely on who is being asked. Each author, however, does have an ultimate truth to tell, and in the end, the question becomes what the narrator will do with that truth.

As a well-off, white, and good-looking man, Toby doesn’t see at the start of The Witch Elm that he has power; instead, he says in the novel’s opening line, “I’ve always considered myself to be, basically, a lucky person.” To him, this luck has nothing to do with what he looks like, how much money is in his bank account, and his own obliviousness to others’ problems. French lets the reader in on this in a wonderfully subtle way through Toby’s early conversation with friends, in which their differing memories of their time together at school make it clear that Toby, well-meaning though he is, is blind to many aspects of his privilege. It isn’t until he’s dealing with the aftermath of his attack and the resulting disabilities that he even starts to consider the role that his looks, money, and relative position in society have played in his comfort and happiness. Once he begins to realize this fact, Toby’s perception of himself grows increasingly shaky.

Ginny, on the other hand, has always been aware of how little power she has in her own life. Ever since her mother died when she was a child, being on her family’s farm has meant hard work, including taking care of her difficult father and helping to raise her youngest sister. But the full impact of this forced role isn’t immediately apparent—she rarely considers her childhood and instead behaves as if nothing will ever change. When her father offers her and her sisters the farm, she suddenly sees the opportunity to control her life and isn’t sure how to proceed. Because she has never said no to her father, she accepts, despite her misgivings, and then veers between excitement and confusion about the changes this decision brings.

These novels are studies of identity—how it is constructed and how much of it is due to internal versus external forces. Watching Toby glimpse the reality of his own questionable behavior, as he sees more clearly his place in the stories of his past and his probable place in the future, is a painful awakening for the reader—and for Toby himself. He ultimately doesn’t know who he is without his privilege; he cannot understand this broken-down version of himself or reconcile it with the rest of his life, in which he will always limp and have memory gaps. Similarly, Ginny feels lost, though for a very different reason. As her understanding of her past grows, both she and the reader feel the horror of her discoveries. In her isolated farming community and within her immediate family, she has never had any privilege to hide behind, but the loss of her illusions about her life functions in the same way as Toby’s loss of privilege in that both narrators end up feeling powerless and lost.

From the start, French sets Toby up as unreliable to himself as well as to the reader. His brain injuries have left him with short- and long-term memory damage—he describes his mind as “smeared and foggy”—and he spends a good portion of the novel trying to navigate this damage by surreptitiously interrogating his cousins, Susanna and Leon, and his best friends, Sean and Declan, about who he was before his injuries, and about how he behaved in the recent past and as a teenager. Toby thought of himself as someone who would always do the right thing. He assumes he wasn’t a bully in school, although he points out that he was popular enough that he could have gotten away with it. He’s positive he would have helped Susanna and Leon if either of them was being mistreated. But a more complex and layered reality gradually emerges, with the reader’s perception of Toby evolving alongside Toby’s perception of himself. He says, “The thing I couldn’t bear wasn’t burglars or blows to the head, wasn’t anything I could beat or evade or set up defenses against; it was myself, whatever that had become.”

In contrast, Ginny looks completely truthful, rational, and trustworthy, until Smiley lets us know halfway through the novel that there are things she has hidden from herself, throwing everything into question. With the introduction of Ginny’s new memories, the course of the novel and of her life shift. Her concept of who’s lucky and who isn’t has been shaped by her father, as she explains: “I remember that the seemingly stationary fields are always flowing toward one farmer and away from another. The lesson my father might say they prove is that a man gets what he deserves by creating his own good luck.” Where, then, does that leave those who cannot create luck, whose choices are limited by factors beyond their control? Very early in the story, Ginny reflects, “Deserving was an interesting concept, applied to my father. His own motto was, what you get is what you deserve.” This is a singularly harsh worldview that leaves no mercy or space for the powerless, but it’s easy to imagine someone who has always been positioned at the top of their society holding this viewpoint and defending it, and then extending that to defend all of their own actions, whatever they may be.

Power isn’t created or held in a vacuum, of course. As Toby’s life unravels, we see him set against not just one, but three detectives who are investigating the crime against him and the decade-old crime of the skeleton in the tree. He watches his cousins’ and friends’ lives continue on, and he feels envious of Leon and Susanna in particular for the first time: “I was aware, in the back of my mind, that if they were to compare their lives with mine, mine would come out on top. But now…I envied them, hard and shamefully, and it felt against the natural order of things.” Ginny watches not just the surrounding community, but also her own husband and Caroline, the sister she raised, stand up for her father and call her and Rose the source of all the trouble. But for Ginny, all of this results not in envy or confusion, but ultimately in a new understanding of herself:

One benefit, which I have lost, of a life where many things go unsaid, is that you do not have to remember things about yourself that are too bizarre to imagine….Before that night, I would have said that the state of mind I entered into afterward was beyond me. Since then, I might have declared that I was ‘not myself’…but the profoundest characteristic of my state of mind was not, in the end, what I did, but how palpably it felt like the real me…a feeling of being drenched with insight, swollen with it like a wet sponge….The strongest feeling was that now I knew them all.

These novels posit that the truth matters, but that its public face is sometimes determined by who holds the most power, or as Toby would say, by luck: the luck of who gets to speak when and who is willing to listen, the luck of being able to confer belief and even turn the tables. Ginny has spent her life jockeying for position, which makes it all the more tragic when she gains and then loses the upper hand. Toby, whose position was secure until physical violence disabled him, is most resentful of how that violence rewrites his future. He’s desperate to go back to how things were, as is evident when he describes his girlfriend seeing him for the first time after his attack: “I felt a breathtaking rush of love towards her, for being there and for breaking down so that I could be the strong one comforting her.”

In the final paragraph of The Witch Elm, Toby talks about his luck as a “gem,” and Ginny, at the end of A Thousand Acres, calls one of her memories an “obsidian shard”; each book concludes with the narrators melancholy and alone with their thoughts. Like in the best tragedies, these conclusions, and the shocking moments preceding them, feel inevitable due to the balance of power shifting along with what the truth is and who knows it. French and Smiley allow their characters to react believably, if not well, to these revelations. But the novels themselves never question whether the truth is important. As we’ve seen repeatedly in the case of recent political and celebrity scandals, the truth eventually comes out, and it’s always complicated. It may set you free, but it may also destroy you. Knowing it feels critical regardless.