Home
»
Critical Essays
»
The Land of Ghosts and Corpses 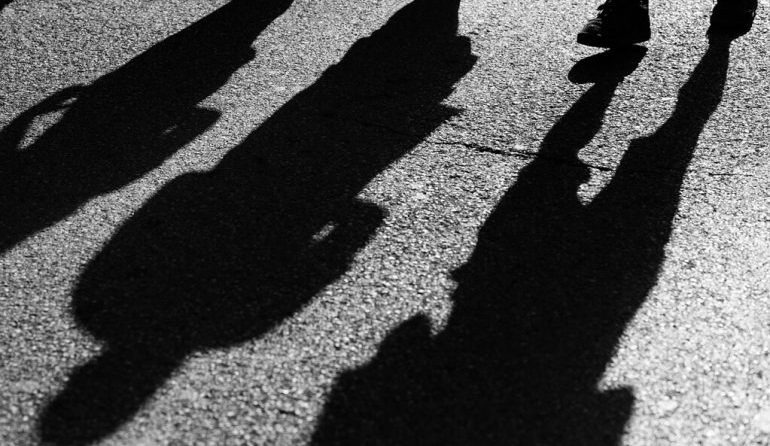 Cuban writer Reinaldo Arenas, in his 1992 memoir, Before Night Falls, describes himself and other exiles as corpses, or ghosts. Having been imprisoned by the government for being gay and for speaking out against the Fidel Castro regime, Arenas was looking for a way off of the island when he went to the funeral of the writer Virgilio Piñera. When he returned to his home, he saw his “own corpse was there looking at me from the mirror.” Arenas was about to get exiled. He knew this. Approaching life away from home—home under a government that hated him for his very being—he knew he was facing a death. State security in Cuba, Arenas noted, seemed to be worried that Piñera would talk from the dead; the dead may be able to talk, but it is the exiled who remain face to face with their corpse.

When Arenas escaped to Miami in 1980, he spoke on a panel with Cuban writer Heberto Padilla. Arenas, writing about Padilla, “felt pity for the man, destroyed by the system, unable to come to terms with his own ghost and the fact that he had made a public confession in Cuba.” Padilla’s writing was openly critical of the Castro regime; he had been imprisoned by the state for having “plotted against the powers of the state” and then coerced into making a public admission of guilt for this charge. Even though Padilla’s public confession had physically preserved him, his ghost was eating him from the inside out. He had become a carved out being, no longer garnering the respect he once had. Arenas embodied the opposite scenario: not confessing, being imprisoned, and escaping through exile when the government permitted it. As a result, Arenas did not have to live in combat with his ghost, but instead was forced to coexist with his corpse.

Miami at the time was essentially a community of ghosts. “It was like the ghost of our island,” Arenas wrote. While Miami, similar in climate to Cuba, was peopled with many exiles, it also held those exiles’ trauma. The city as a whole seemed to be living through an out-of-body experience. As a result of the exiles’ trauma, the desire to make money—to avoid losing everything like the exiles had experienced in Cuba—“replaced a sense of life” for many Cuban exiles in Miami.

While in Miami, Arenas wrote that he

realized that an exile has no place anywhere, because there is no place, because the place where we started to dream, where we discovered the natural world around us, read our first book, loved for the first time, is always the world of our dreams. In exile one is nothing but a ghost, the shadow of someone who never achieves full reality. I ceased to exist when I went into exile, I started to run away from myself.

W.E.B. Du Bois’, writing about what he termed “double consciousness,” discussed how African Americans are always “looking at one’s self through the eyes of others.” Arenas believed that exiles look at and examine themselves through a disembodiment—through the eyes of their own ghosts, looking at the corpses left behind. Exiles are separated from their scars; their bodies are hollowed-out versions of their pre-exile existences. The plant morphs when removed from its soil.

For Arenas, the exile never stops looking for home. “The exile is a person who, having lost a loved one, keeps searching for the face he loves in every new face and, forever deceiving himself this he has found it.” The lover that Arenas thinks he and other exiles are looking for can be thought of as the prior self. When Arenas first mentions finding his corpse staring at him in the mirror, he notes that his youth vanished before his eyes. The body’s life vanished. Exiles look for home in their own or their lover’s faces, trying to convince themselves they’ve found it, despite knowing that they haven’t.

Arenas wrote how his friend Lazaro, often referred to as San Lázaro (or Babalú, for the santeros)—San Lázaro was brought back from the dead in the Gospel of John by Jesus of Nazareth—had “been the only link to my past, the only witness to my past life in Cuba, with him I have always had the feeling of being able to return to that irretrievable world.” This heaviness weighed on him. Exiles, Arenas knew, struggle not just for themselves, but for their friends. Arenas watched Lazaro disappear into a crowd in Cuba when they were still looking for visas; he dreamt of Lazaro dying when they were in exile together.

Living in exile, Arenas got published less. When in Cuba, he slipped manuscripts out of the country and got them published. Once he left the island, he was no longer regarded as interesting. Once the violent struggle of being homosexual and “counterrevolutionary” in the island had ended for Arenas, publishers thought, so had the intrigue surrounding his story. Watching a death is more captivating than looking at a corpse.

In the end, Arenas felt that once he was cut out of his country, he could not fight or write with the peoples he struggled to be free with. He was deteriorating, emotionally and physically. When he decided to end his life, he wrote, “If at times I feel sorry about abandoning this world, it is because I know the loneliness in which I will leave this brother who, between insanity and genius, has never stopped being a boy, though he is thirty-two years old…In short, I cannot even die in peace.” Arenas knew intimately the loneliness of not being able to communicate with anyone around you—because of the difference in language, yes, and because how does one articulate the absurdity of language to someone else if they’ve never experienced that absurdity themselves? It is like trying to explain dying to the undead.