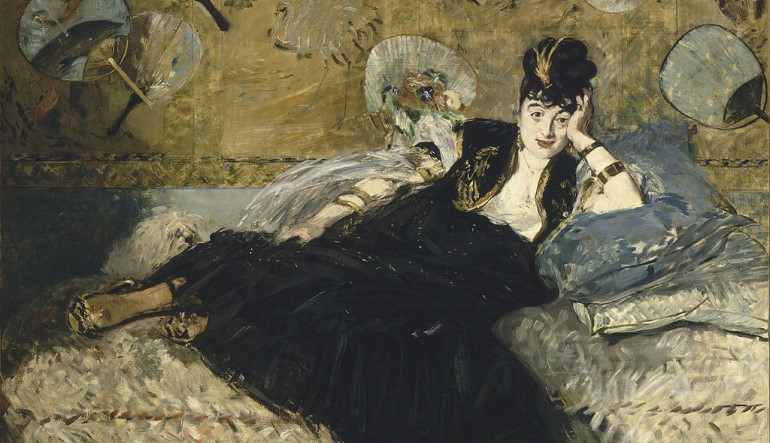 A novel that takes place in the mind of a single narrator can be a claustrophobic thing, the narration itself existing in that queasy, omnipotent shadow between emotion and response, idea and reality. But this narrow space can hold revelation, too. In amplifying the tension that lies between a woman’s internal language and her external one, Pond, by Claire-Louise Bennet, and Convenience Store Woman, by Sayaka Murata, examine the woman living on the periphery of her society.

Keiko, the narrator of Convenience Store Woman, lives in Hiromachi, Tokyo, and works at the local branch of the Smile Mart convenience store. It’s a job she has performed for nineteen years with a virtuosity no one seems to appreciate, both because of its banality, and because of Keiko’s failure to look for more socially acceptable paths through life—namely, career-track work or marriage. Everything in Keiko’s life is in service of her dead-end work: the food she eats is “feed,” the sleep she forces herself into every night has the sole purpose of providing her body with the energy it needs to work another day. Such a life is an obviously dystopic capitalist nightmare for most readers, but by her own account, Keiko is perfectly content.

Keiko’s narration, an internal catalogue of her daily routines, makes it clear that she thrives in this life many would find unlivable. Her matter-of-factness is bemusing at first, then slowly shifts to mildly concerning, and even terrifying. Keiko’s devotion to a store that has never and can never show her gratitude makes her seem inhuman, forcing readers into the position of her conformity-minded family and coworkers who cannot understand her priorities. Keiko also describes, in the same matter-of-fact terms, a tendency towards violent solutions to problems: as a child, she beat a classmate unconscious on the playground. She remarks:

When something was strange, everyone thought they had the right to come stomping in all over your life to figure out why. I found that arrogant and confusing, not to mention a pain in the neck. Sometimes I even wanted to hit them with a shovel to shut them up, like I did that time in elementary school.

Keiko understands that society will shun her if she breaks expectations, but she refuses to bring herself in line.

At first, Keiko’s alienation seems to be because she is incapable of being “rehabilitated,” as her sister puts it. Her inner voice is too much at odds with the inner voices of the people around her, who eat food for pleasure and care more about talking with coworkers about their home lives than how the store is running. But Keiko is aware of her isolation. Her awareness results in a strange relationship with language—a hyper-attunement to the speech of the people around her. She notes and copies speech patterns in minute detail, at one point mixing a cutesy, loud style that she describes as a “rather excitable staccato” with a “more adult tone.”

Keiko’s routine is broken by a man, Shiraha, another outcast who comes to live with her. Shiraha is relegated to the fringe for not fitting his society’s masculine ideals —he’s lazy and blatantly misogynist (all of the socially “normal” characters of the book are cryptically so). Again, we are placed in the position of the condemners. But where Keiko’s external voice has been passive, Shiraha is outwardly manipulative: he asks her to quit the store, to look for a more impressive job, and to pretend that they are engaged so that he can be left alone all day to sit in her bath tub and watch videos on his phone. Keiko goes along with this plan at first because other people, including her beloved sister, seem to be reacting well, calling her “cured.”

But after several weeks of the invasion, Keiko’s voice shifts slightly from passive observation towards outward expression. She tells Shiraha that she’d like to use her own shower for once, instead of the coin-operated one she’s been forced to use while he lounges on cushions in her tub. Though the inner monologue contains no explicit censure, a shift has occurred. Keiko knows what she wants—she always has—but now she feels empowered to bring her inner voice into the external world, the world that judges those desires harshly. When Keiko finally rejects Shiraha and reunites with the store, it is a jubilant climax: “I could distinctly feel all my cells stirring within my skin as they responded in unison to the music reverberating on the other side of the glass.”

In Pond, we see a different kind of isolation, and a different arc. Unlike Keiko, Pond’s narrator does not name her setting. That is, the specific place where she lives remains unnamed, though the narrator (also unnamed) spends plenty of time describing the cottage she is living in, as well as the pond close by, the gardens and cows and rainstorms, and tragic history of the place. From the beginning, a physical withdrawal from her community is the narrators’ explicit aim, rather than something forced upon her. Her withdrawal might be an attempt to disprove a failed academic thesis about romantic love she once delivered: “That the desire to come apart irrevocably will always be as strong as, if not stronger than, the drive to establish oneself.” Communication of all kinds is the lifeblood of community, but also the first step in putting society’s understanding over and above an understanding of yourself.

Naming aside, it’s immediately clear that language is vitally important to the narrator’s life. Early on, the narrator bemoans that she’s thrown away a “salacious” correspondence between herself and a man—she misses “using language in a way I’d never used it before, to transcribe such an intimate area of my being that I’d never attempted to linguistically lay bare.” More than the sex, this is what she enjoyed in the relationship: a new way of probing her inner spaces with the language of outer ones.

Alone at the cottage, the woman spends her days doing menial tasks and thinking, including thinking directly about this distance between internal and external voice:

English, strictly speaking, is not my first language…regrettably, I don’t think my first language can be written down at all…I think it has to stay where it is; simmering in the elastic gloom betwixt my flickering organs.

Indeed, the title of the book itself is a reference to a sign which someone has put up by the pond nearby. The sign annoys her, because she imagines it ruining a child’s experience of surprise in coming upon the water. The narrator acknowledges that people expect names for things, for the internal to be made external, but also laments the relationship with the world that is lost in the process.

Pond is written in short, disconnected chapters that range from a couple of sentences to a few pages. All, with the exception of the opening and the closing chapters, are written in the first-person perspective. The two outliers are set outside of the brief window of time spent at the cottage. We might take that window to be a necessary retreat for the narrator, or maybe as a failed experiment in putting “establishing oneself” above love. But the effect is clear: outside this period of solitude, the narrator has given up her self-narration.

Pond’s narrator seems to have a choice in her alienation, while Keiko does not. Pond’s narrator, too, feels closer to us: her needs are more recognizably ours, her desire to be unique has manifested in a more acceptable retreat. Yet of the two of them it is Keiko who ultimately finds triumph in her inner voice, who holds fast and keeps it unscathed under the community’s glare.