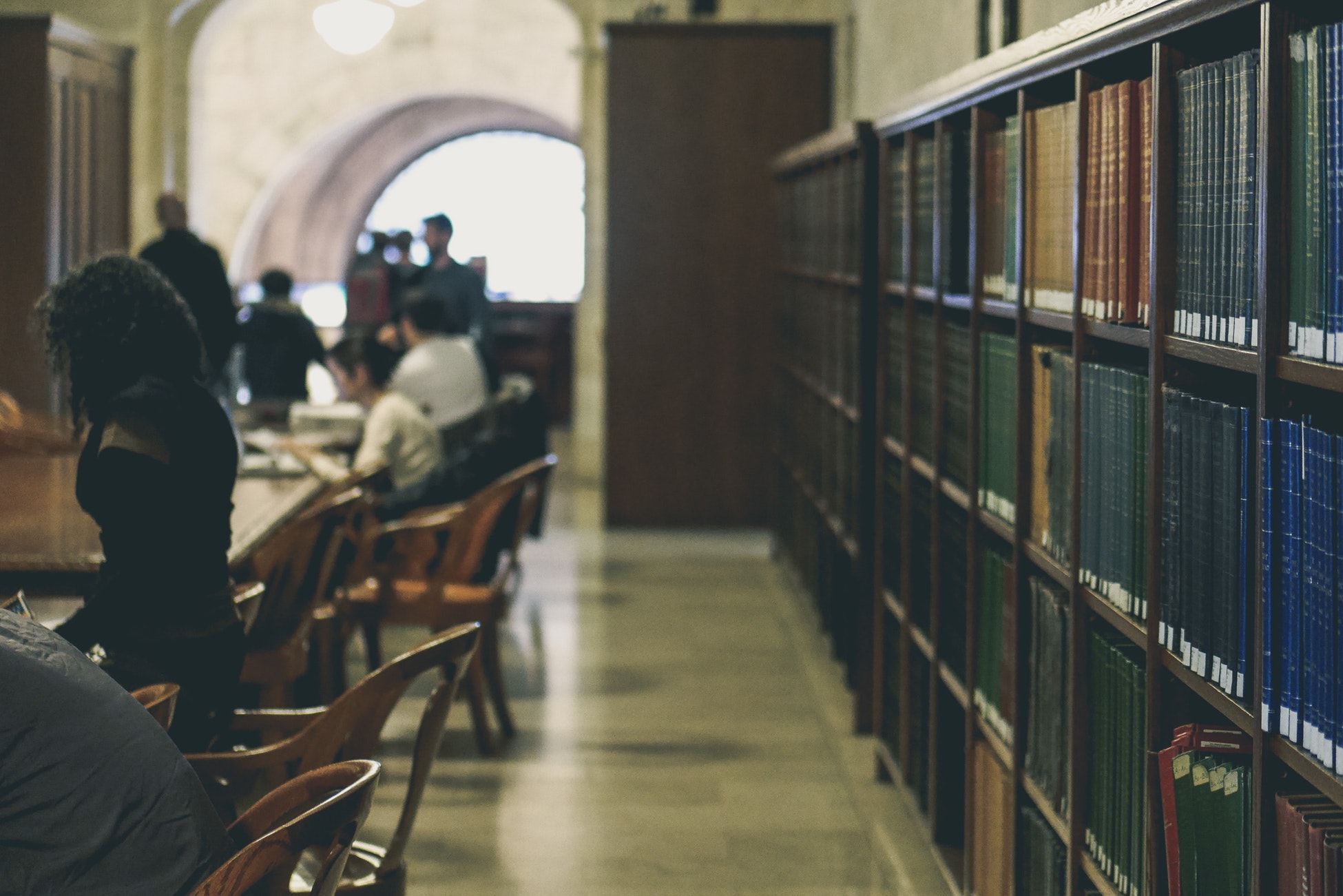 Working at my computer, I have my eyes on the screen and my ears pricked toward my son, sitting just a few steps away on the floor. I’m listening to his breathing, trying to decide whether he has stridor—the loud, noisy, dragon breaths associated with Croup. Earlier, at the pediatric clinic, a doctor I hadn’t met before recognized our Israeli names and offered a few words of Hebrew. Then, an older Israeli friend offered some home remedies, including a hot towel steeped in babunag, which I instantly and silently translated to myself as chamomile. As we waited in line at the pharmacy I tried to recall some of the techniques utilized in the books I’ve translated set in early 20th century Palestine or in the Jewish shtetls of Europe to cure children of typhus, malaria, and other period-appropriate illnesses.

My day is often comprised of translating myself and others, searching for the right word to use with whomever I happen to be speaking, and switching between lingoes to match the time period I’m working with. As a writer, I often find myself mixing fact and fiction in my short stories—a bit of childhood memory, a hint of a recurring dream, a random detail that got caught in my head, and a wild, fantastical idea that was bred somewhere deep and dark inside of me. As a translator, I often recall anecdotes and factoids, unable to place which had come from my own life experience and which from a book I’d once translated. Since most of what I translate is fiction strongly founded in the author’s memory, it’s often hard to tell what is real and what isn’t; what can be quoted to friends as knowledge and what is merely a peek I’d gotten into someone else’s imagination.

I like to think that I’m still learning a lot, even if I can’t always be sure what is true. Many of the books I translate take place in a much younger State of Israel, and often before its establishment, and so I inevitably get a clearer, if biased picture of what life looked life back then than I did during high school history lessons. While skewed by the imperfection of memory, the fog of nostalgia, and the naïveté of unacknowledged worldview, this picture is like a wondrous window into a part of my own history; my own version of a ghost of Christmas past.

When we got home from the pharmacy, my son ate and then took a delirious nap. I took this time to sit down and edit a few chapters of a contemporary novel about a young Israeli man’s desperate search for a whale in Australia. I’d just finished a rough draft the previous day, and was now reading over what I’d translated, slowly and carefully, looking for awkward phrasings and clunky word choices. It was quite a different universe than the one I’d been working on earlier that morning—a book about a Jewish family in post WWII Alexandria, published in the 1980s, written in flowery Hebrew with plenty of interjections in French, Arabic, and Ladino. This whale book was very raw and straightforward, though it echoed references to biblical narratives and to Moby Dick. The author was also a poet, and that could be sensed in his short sentences and otherworldly metaphors. I took a breath and dove into his world, his voice. When my son woke up, I changed pace and began cooing, growling, and singing—anything that makes him laugh. When he became absorbed in a game, I quietly sat back down at my computer and returned to Australia.

This ability to slip in and out and between voices has been crucial for my style of work. I’ve always been involved in multiple projects at a time, and while I typically finish translating one book before moving on to the next, there are always edits coming back from authors, or small rush jobs to fit in, and as in life, nothing is neat and clean and separate. When I became a fulltime-stay-at-home-working-mom, I added to my bag of tricks the skill of hopping back and forth between work and play. Like switching from English to Hebrew when an American friend leaves the room and I’m left alone with my husband, then back to English when said friend returns, I’ve mastered the art of chameleoning on cue.

After a while, my son started to feel poorly again and was no longer able to occupy himself. He was coughing his little barky cough and raising his hands to signal he wanted to be picked up. I love putting on little shows and singing along to show tunes to keep him entertained, but I’ve always found it difficult to carry on those one-sided, narration-style conversations people have with babies, so I try to find something I actually want to talk about. Sometimes it’s my interior monologue spoken out loud. Today, however, I had to work on a translation of a long poem about India. I’ve translated plenty of poetry, but I don’t do it often, and whenever I do I’m reminded it’s a completely different animal. The rhyming, the rhythm, the repetition of sounds, all to be transported from one language to the other while maintaining the meaning and metaphors. I find it impossible to translate poetry quietly. And so I read it to my baby, trying different beats, stressing different words, looking for the moments that needed to rhyme, comparing my translation to the original Hebrew and finding parallels and bridges. Though he isn’t the most exacting of critics, I take my boy’s little smiles as affirmations that something sounds good.

After all that work, he was getting tired again, but he was fussing and fighting his nap. I tried to approach it from different angles and soothe him into it, as I would a reluctant client, a first-time translated author who objects to the necessary changes in grammatical structure and tense when moving their words into a new language. An otherwise smooth transition can become bumpy and complicated when we are uncomfortable, and in the end, what anyone really needs is some attention and reassurance. Finally, my baby fell asleep in my arms, and as I rocked him, I thought up some new rhymes that hadn’t occurred to me before, as well as a new way of putting my son in his crib without waking him up.