Home
»
Personal Essays
»
The Legend of The Princess Bride 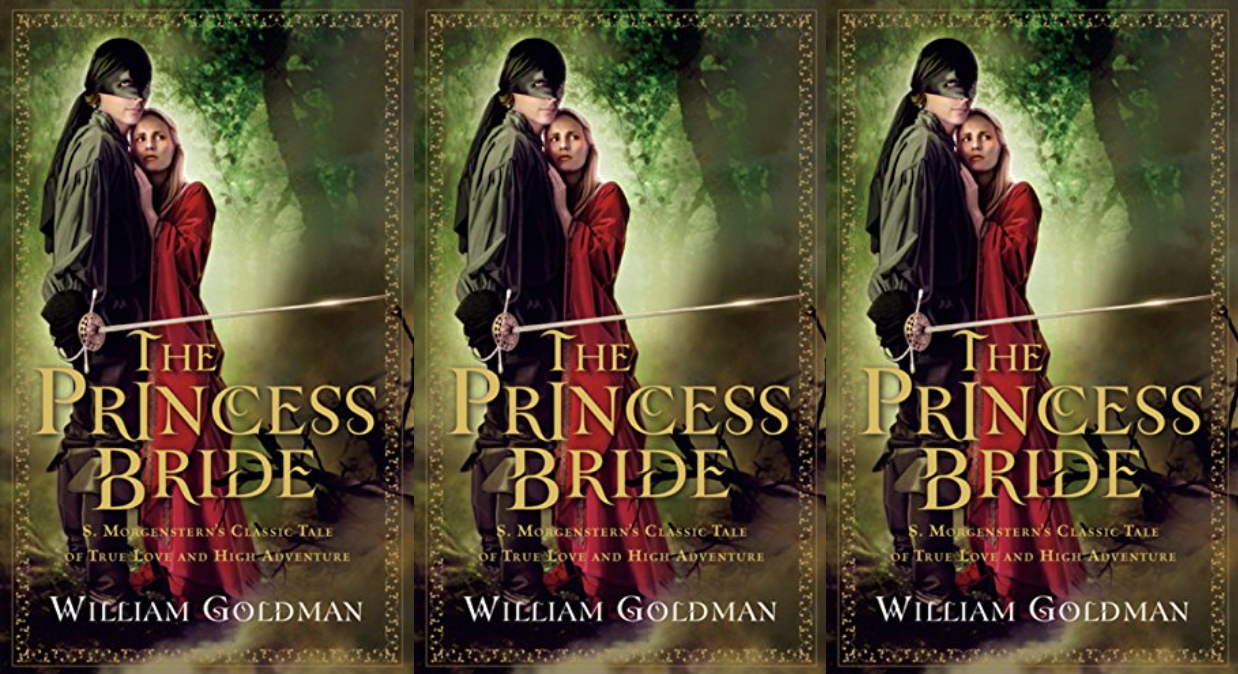 By the time I got around to reading William Goldman’s The Princess Bride, I was in my early twenties and had watched the film—like many other people my age—close to twenty times. I knew it as a funny, kooky, irreverent movie that offered romance, excitement, and some unforgettable quotes. The book, I found, not only deepened this enthralling experience, but also brought with it added value that, as an aspiring writer, made me nearly giddy: a parallel narrative, almost a memoir, about the author’s history with his own book. In this plotline, Goldman confesses that his book is based on an old European epic, and that his father used to read it to him when he was a boy. As a father, Goldman had attempted to do the same for his own child, but found his son utterly bored. This was a moment of crisis—his insistence that his son share this with him, and his disappointment at his son’s disinterest brought about a volley of emotional, familial, and generational turmoil. But when Goldman investigated further, he found the book to be nothing like what he’d remembered: impossibly long and filled with long-winded descriptions of meals, wardrobes, and royal dynasties—a political satire. His own father, Goldman then realized, had paraphrased and trimmed as he went along; in an improvisational feat of editing, his father labored lovingly to provide Goldman with what he dubbed, “the good parts.”

Stunned by this act of devotion, Goldman set out to do the same for his own son and other readers, creating the book The Princess Bride. He divided the antiquated fairytale narration into segments which are interrupted by his own voice as he describes the editing process and backstory, interprets the tale for children and adults separately, and brings in the voice of his (now deceased) father as he heard it as a young boy.

This built me up as a writer, after nearly drowning me in my own emotion. Are we really allowed to do this? I thought. Do we get to not only recreate the stories we love, but also write about ourselves, and what had moved us to make art in the first place? Are there really this many ways to write and can we use them all at once?

In the following years, I discovered many other books that utilized the technique of a secondary written text within the first. Everything is Illuminated and The World According to Garp are two that come to mind; Stephen King, too, is notorious for his use of interspersing voices, the mixing of the conscious and the subconscious on the page. Not surprisingly, these works all became instant favorites of mine, pushing me in my own writing. But The Princess Bride was the only text of this sort that was part memoir, a genre I would become interested in later in my writing journey.

This year, however, I learned that the backstory in The Princess Bride is fictional. There was no European epic, no father-editor, and no revised version. Goldman didn’t even have a son! The only version that ever existed was the “good parts.” I don’t know if Goldman devised this plotline to add depth to his fairytale or because he was simply too creative not to.

My first reaction to learning this was a sigh of disappointment. This legendary childhood of Goldman’s never actually existed. This memoir was fiction. This bit of real magic was just plain make-believe, and I had built my ideas of the kind of writer I could be on unsteady ground.

But the next thing I felt was awed. Not the awe inspired by a beautiful personal history, but the kind awakened by an encounter with a truly creative artist. It made the wonder-struck optimism at the heart of the novel even more radiant—while I cannot say whether there was any truth to the personal crisis he depicts, from which his “abridged version” was born, I do know that this feat of innovation burst out of him while he was bedridden, recovering from pneumonia. This world-within-a-world that Goldman created makes The Princess Bride a fairytale wrapped within another fairytale, and subsequently his own life as a writer into the stuff of legends. The power granted to me as a writer had just been upgraded from “chronicler” to “sorceress.”

Looking at the book again, I find a lot is different from what I remembered. Some sections, vivid in my mind, must have been planted there by some other book. The narration—written by a middle-aged white man in the 1970s—holds some of the inherent sexism of its time period. In every thing of beauty there will always be something to be desired.

The revelation of the truth of Goldman’s storytelling was a letdown, but one that concealed within it an opportunity for even bigger possibilities: I, too, could construct a fantasy out of my ordinary existence. Although the experience of discovering a lie at the root of a belief system could have brought me to the edge of an identity crisis, it became clear that if I stepped back from the abyss, I could spot the path further up the mountain.