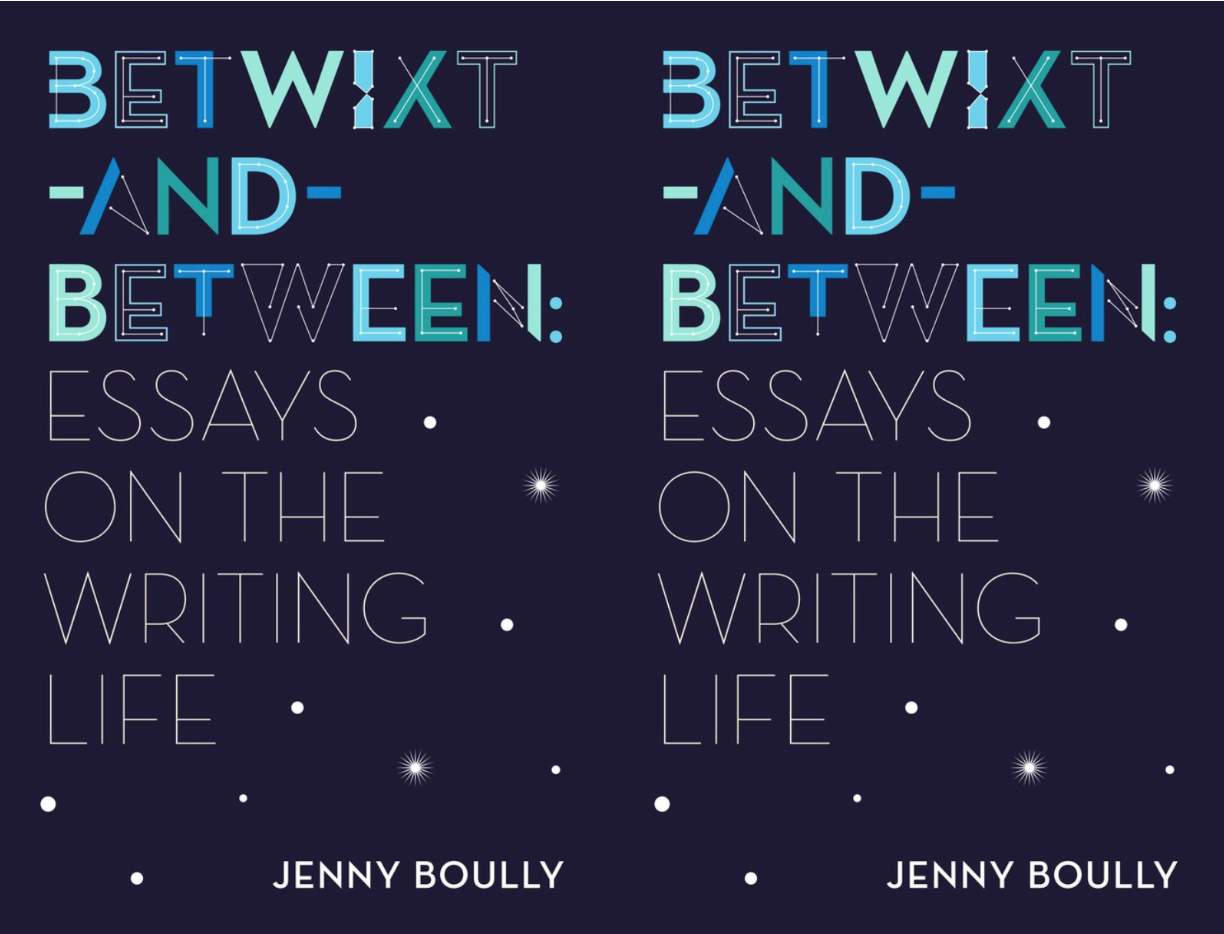 Writing is a liminal act, one that comes from a place between the writer and the world, the writer and the page. In this way it is mediated by death, desire, and dreams, those other “in between” spaces we move in and out of in this life. These are the spaces that Jenny Boully delicately traces in her collection of lyric essays on the writing life, Betwixt-and-Between—the title itself taken from JM Barrie, whose forever boy-child Peter Pan was torn between fantasy and the real world. It is Peter’s “hesitations, refusals, yearnings, oscillating and uncertain desires” that Boully finds compelling, and to which she compares her craft and career. As a lyric essayist whose work engages with the fluid movement between genre, desire, and the act of writing, she, too, is caught between worlds.

What you write shapes how you live. For Boully, this is best evident in her use of tense, her selections indicating a certain mode of desire and relation. The present tense, in Boully’s writing, is used for an immediate, unavoidable “wanting and lack,” while the past tense is for dreams, which we so often interpret in order to explain the present and the future. This sort of decision making indicates that for Boully, craft is everything—it signals the author’s intentions and desires for their writing and life work.

“When I was twenty-one, I made a pact with myself: my writing should always be sincere,” she writes. “In writing, too, there exists the struggle with sincerity and wanting someone to love me. There is a craft in that, I do think: the craft of writing as the craft of getting someone to love me.” Both writing and love requires emotional honesty; the sparse form of the lyric essay is a perfect match for this philosophy of sincerity where, in such a small space, there’s little room for evasion or digression—the kinds of teasing games that lovers play.

In loving and in writing, Boully considers expressing one’s desires as a kind of craft of liminality, a careful calibration of language whose meaning changes depending on form, tense, intent, and need. “I resigned myself to knowing that X and I are like two words that do not belong next to one another,” she writes of an ex-lover. “If we are two signifiers pointing at the same sign, then we are written in two separate languages.” In this instance, the meeting of love and language is ruptured, the two set adrift.

Boully’s lyric essays, which wander through disparate histories, myths, and stories, produce emotional truth in their ordering of disorder. Her essays, like lovers, follow desire in the hope that it will take them somewhere new. Boully writes about the Voyager Golden Records, the records packaged within the probe sent out by NASA, in 1977, to chart unknown territories in space. Recordings of greetings in many languages, Bach, the ocean, and human heartbeats, along with images of musical scores, children, and sunsets are all captured by the ship, whose ability to transmit information back to earth is estimated to end in 2025. The Golden Records are, like the lyric essay, a collection of fragments that share a particular truth—in this case, NASA’s understanding of Earth in 1977. That the Records could go unheard and unseen is part of their composition, writes Boully: “Only love should be that foolish. It seems to me that the intended recipient of the Voyager Golden Records is a hypothetical addressee, an abstract entity to whom we fling our hope, our love letters, our prayers.” Cast out from Earth on the dream that it will testify to human experience, the Golden Records are on the move from our world to the next.

Writing requires a repository of hope—that the work will be read, that some truth can be shared—and is also the work of finite things: the space of a book, the life of a writer. Writing is necessitated by death, writes Boully:

I need to begin treating my thoughts, observations, and inclinations, that find themselves manifested as rhythms, that then suggest words and paragraphs and landscapes of syntax, as if they too are dying and will not be remembered again, will never again present themselves with the opportunity to be written down. In order to be a better writer and better reader, I need to believe in my own death and in the death of others.

To write is to partake in loss. There is always something lost in the incomplete movement from the self to the page: “The page is artifact to poetry, that is, to what has been.” And yet, encouraged by death, despite its approach, we write foolishly, full of hope, and with great sincerity.