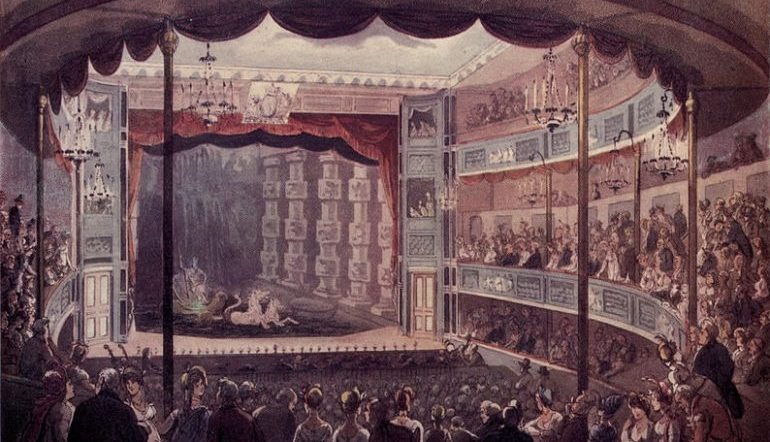 In a recent interview, poet Lia Purpura discusses the power imbalance implicit in the simple act of looking. For many individuals from historically marginalized groups, the gaze is often symptomatic of all that is broken, dangerous, and problematic in our culture. Indeed, to be seen is to be subjected to the judgments, assumptions, and normative ideals of the viewer, a subtle presence that one inevitably internalizes.

Purpura suggests, though, that “language might repair certain tears in our consciousness, restlessness in our behavior, violence in our attitudes.” For Purpura, looking, and its seemingly small violations, are filtered through and woven into language. It is the words we use that structure these interactions, that give form to our perceptions. More often than not, language reinforces these imbalances of power in the hierarchies that it creates, whether through grammar and the causal relationships implied in the ways words are sequenced and arranged, or the gendering of nouns in many Romance languages (for example, French).

Recent years have seen a proliferation of feminist writers who are taking up these questions about language, spectatorship, and the orders of power implicit in the gaze. After all, these questions only seem to multiply with the current political administration, the #MeToo movement, and the ongoing violence that comes to light in our community on a nearly daily basis. More now than ever, poets are telling us where to look, as well as refusing, restructuring, and renegotiating the terms of the gaze.

If language structures and gives form to our perceptions, then the words we use inevitably perform and dramatize the implicit politics of looking. And these words are rife with possibility, especially when considering a more mindful, and more ethical, model of spectatorship. Three gifted and visionary poets are using performative language to implicate and involve the reader in new ways of thinking about spectacle, in which those who have previously been disempowered assume greater agency and visibility.

Because grammar is the foundation of a society, giving form to various imbalances of power and agency, a revolution in the social order inevitably begins in language. For Barbara Tomash, most recently author of PRE-, a feminist poetics involves refusing the gaze; the object that we as readers are beholding is skillfully hidden from view. The effect that this gesture has on the reader is a kind of productive bewilderment, which prompts careful attention to Tomash’s innovative textual landscape.

Through her atypical use of typography, Tomash creates her own lexicon. In doing so, she constructs an imaginative world in which language is the object to be regarded, scrutinized, and beheld as spectacle, as show. Tomash forges a new grammar, one that allows for purposeful ambiguity, multiplicity, and a veritable proliferation of meaning and possibility. The gaze is reversed, refracted, and broken open. We are shown the infinite possibilities that had been there, in language, all along. Tomash gives the most familiar things rendered “in mutually unintelligible languages”, she shows us all that we once knew burning “to ashes [at] a white crystalline stalk.”

As the book unfolds, Tomash’s PRE- fittingly blurs the boundaries between elegy and ode, between grammatical construction and deconstruction. Here, each poem is named for a common prefix, including “be-,” “trans-,” “ante-,” and “col-.” As the book unfolds, we watch as each poem performs the etymological history, implied relationships and the causal structures evoked by the prefix, even when isolated from the very thing that it modifies. Tomash writes, for example, in “[col-],”

to labor together in bones and fibrils: together in paper,
cloth, or wood : shrink together abruptly and completely :
fall into a jumbled, flattened mass : a mass of legal
wreckage : a number of persons : to give way the bridge :

Here we are offered a lexicon in ruins: “bones and fibrils,” “a jumble,” “a mass of legal wreckage.” What is lovely and astonishing here is Tomash’s restraint, as so much is left unsaid in this piece. This is fitting as the prefix she is writing about means “with,” and Tomash subtly evokes silence and separation, the luminous space between things. As a result of the silence that inhabits this work, poet and reader “labor together” to navigate language without the familiar tools of grammar, narrative, and syntax, to create a vocabulary that is more hospitable and more just.

For Tomash, it is the performative qualities of language that open up these other possibilities for relating and interacting, for positioning the self in relation to the other. She boldly and provocatively eschews narrative, instead juxtaposing vastly different languages and phenomena without attempting to delineate relationality. She gives us “trans, over, across + spirare, to breathe,” all bereft of narrative scaffolding. Throughout the work, her diction also ascends and descends in register, spanning a wide range of rhetorics and discourses, though resisting the familiar arc of narrative all the while. Indeed, the book functions as “a short simple story,” but one that is “inconsistent with : a moving point,” a textual body that eschews the structure warranted by the readerly gaze. The end result is a work devoid of hierarchies, instead challenging the reader to navigate the many textures of language without the most familiar tools for meaning making. We realize, as soon as the book has closed, the many ways we have been mastered by culture, we recognize our own guilt and complicity as we long for the last clear narrative, the beautiful (and beautifully recognizable) arc of story.

Indeed, it is what we do not recognize, all that unfamiliar and strange, that forces one to look again at language, and reconsider one’s place within it. Much like Tomash, Julie Doxsee creates a feminist poetics that refuses the gaze through her gratifyingly dense linguistic constructions. As Western readers, so many of us expect a text that is legible in a very particular way, one that can be understood, mastered, and set aside. Doxsee’s what replaces us when we go, however, takes the form of impressively intricate prose constructions—grammatically impeccable but that often do not mean in the way we think they should. For Doxsee, the interrogation of grammar from within, and the subversion of its implicit causal structures, becomes the spectacle, the thing to be beheld, watched, and gazed upon. “We realized our gazes go to infinity,” Doxsee explains.

In much the same way that Tomash looks beyond grammar, narrative, and the familiar structures of meaning making, Doxsee shines a light on the power dynamics implicit in the act of reading, as her text becomes a spectacle that resists the gaze, and the mastery that resides just beneath it. “twenty / sugar-shrunk lips blow kisses / to the stampede of cows left back,” Doxsee says. Gratifyingly strange and impressively fresh in its reimagining of surrealist influences, this poem resists those who approach the reading act as an opportunity to dominate a writer’s voice, who regard interpretation as a chance to arrest the free play of meaning inherent in language. Indeed, the productive tension between language, imagery, and the syntactic form that they made to fit strikes sparks, raising fascinating questions, as opposed to the answers we are so accustomed to searching for in a narrative.

A fly’s vibration wakes up
cone-ear dogs the forest

wide & every morning
the same choir of howls

tears a vertical chute
in the mist & fills it

Presented in pristine and orderly couplets, Doxsee’s language resists this containment, eschewing the clean logic and linearity implied by the form. The poem is propelled forward by alliteration, assonance, and internal rhyme, rather than the suspense of narrative. In such a way, Doxsee privileges the sonic qualities of language over their semantic qualities, destabilizing the very foundations of the linguistic terrain she traverses. Unlike Tomash, who eschews the structures of grammar almost completely, Doxsee reimagines what is possible within them. We watch as unruly language resists the forms we attempt to impose upon it. What’s more, we are mere spectators as what is possible within language expands, opens up, multiplies.

The best poets remind us that grammar contains many possible worlds within it, if we would only be willing to traverse what might at first be an unfamiliar linguistic terrain. Differing slightly from the work of Tomash and Doxsee, Virginia Konchan’s The End of Spectacle documents and catalogues the dismantling of old models, which include fairy tales, well-known films, and twentieth-century fashion icons. For her, the post-modern cultural landscape that we inhabit is nothing other than an invitation, a call to action, as the reader has the opportunity to build something beautiful from the “makeshift stage” that has toppled before us over the course of this gorgeously lyrical, skillfully rendered, and subtly philosophical collection. As Konchan herself tells us, “I have a foothold in consciousness, / yet am possessed by the idea of none.”

Much like the recent books by Tomash and Doxsee, The End of Spectacle explores, performs, and dramatizes the collapsing of old frameworks for thinking through the relationship between self and other, and between viewer and viewed. Subtly and skillfully, Konchan catalogues the various models of spectatorship that we have inherited from past generations, whether it’s the “view from the tower” in a familiar fairy tale, the “façade” of a house that has “evolved from the Queen Anne,” or the speaker’s “dream” of drawing a “bath of sublime temperature” for her beloved.

As this taxonomy unfolds before us, Konchan brilliantly calls our attention to the ways spectacle and looking are inextricable from outmoded ideas about gender. The princess who gazes from a high tower, the speaker who “dreams” of pleasing a beloved with all that is “purely decorative,” Coco Chanel in her “bolero jacket” all posit themselves as objects of desire to gaze upon, rather than active agents in the imaginative landscape of the poems.

What is beautiful and astonishing about Konchan’s work is that her speakers sense an end to this passive variety of feminine charm, a seismic shift that is met with complex, multifarious, and wide-ranging emotion. The speakers of her poems also recognize an end to the power inherent in orchestrating the spectacle of desire and desirability, but they also see an unprecedented opportunity: “All hail the end / of spectacle, pieces //of royaume scattered // on the sidewalk.”

In the end, this is an invitation that Konchan extends to the reader—in the midst of “hooves pounding, / dust flying, emcee / roaring,” she challenges us to build something even more beautiful, a relationship between viewer and viewed that does not exploit or disempower. Like Tomash and Doxsee, Konchan’s thinking about spectacle resists the mastery implicit in looking, but also, recognizes the potential for empowerment and reversals of power.

If language functions as the internalization of power and disempowerment, then the gaze most exemplifies this idea of language as imposed structure, as mediation and intrusion. Indeed, the words we use give form to the various imbalances of visibility and agency implicit in the simple act of looking. In this respect, language often constitutes the most intimate and lingering abuse of power, a presence that one cannot shake even in solitude. With remarkable skill, dexterity, and grace, Doxsee, Konchan, and Tomash show us that, as Julia Kristeva famously argued, a revolution in the social order begins in poetic language.