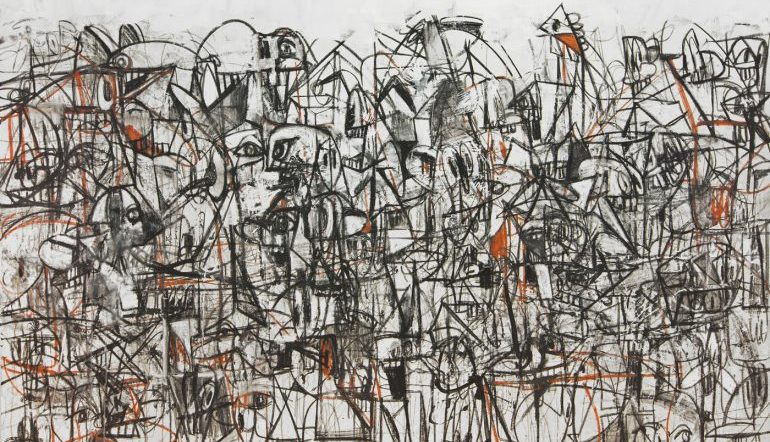 Elle magazine’s review of Julie Orringer’s 2003 story collection How to Breathe Underwater contains the following preposterous, but sadly typical, statement: “Each story delivers the satisfying details and emotional heft of a novel.” The implication here is that “satisfying details” and “emotional heft” tend to be features of the novel that the short story usually lacks.

This is lazy criticism, sure–a reviewer trotting out an empty comparison in order to convey a vague sense of approbation that in fact has nothing to do with the formal similarities or differences between stories and novels–but we’d be mistaken to simply label it as such, shrug our shoulders, and move on. As an instance of successful short stories being likened to novels, and even lauded as miniature versions of the longer form, it muddles our efforts to distinguish between the two. (One hardly has to guess what Frank O’Connor would think of this.)

Worse, this is far from an isolated example.

Consider these reviews of Alice Munro’s 2004 collection Runaway: “Each of her stories contains enough lived life to fill a typical novel.” “Feels like a compressed collection of novels, so rich and deep and complete are the lives Munro evokes in these pages.” “[H]er stories are so rich . . . that even a tale of less than fifty pages feels as rounded as a novel.” “[H]er stories . . . reverberate the way a good novel can.”

So, in addition to 1. The short story does not contain the satisfying details or the emotional heft of the novel, careless book reviewers have provided us the following criteria for distinguishing, in general, between the story and the novel:

The first criterion can be quickly dismissed as preposterous and the fourth as vacuous, but the second and third are a little harder to dispose of. In fact, they may even seem valid–at least at first. After all, the novel is plenteous, the story constrained. If the novel contains more lived life, if its characters are more richly and deeply and completely portrayed, isn’t it only because a novel has as much space as it needs to achieve these effects, whereas any short story is in a state of constant negotiation with its own onrushing end?

Any short story is in a state of constant negotiation with its own onrushing end. I mentioned this above, in passing; now I’d like to dwell on it. This, it seems to me, is an essential (and perhaps the essential) distinguishing feature between the story and the novel.

It’s not length that matters, precisely, but rather the relationship between content and length. At one point or another, we’ve probably all paused at the climax of an exciting novel to flip ahead to the ending. We’re counting: How many pages are left? How will the author possibly resolve all of these tensions, all of these plot threads, in the narrow sheaf of pages that remain? This dramatic tension arises in novels because of an artificial, external constraint: the physical presence of the book, its numbered pages reminding us that the narrative must soon be resolved.

(I wonder whether, in the age of e-books–when such physical signs of an onrushing end could easily be hidden–this same tension still exists in the novel. Kindle and Nook users: Do you often find your eyes flicking nervously to the progress bar as you approach the end of a novel? Is there an electronic equivalent of thumbing a few remaining pages, wondering how a plot could possibly come together in such a small space?)

Stories, meanwhile, vibrate with this same dramatic tension from their very beginnings, and do so because of the natural, internal constraint of the form itself. The tension arises from nature of the form itself, rather than the nature of the narrative’s physical presentation. One of the great pleasures of reading a story, for me–and perhaps the single most important reason I feel so much more drawn, as both a reader and a writer, to the short form than to the novel–is in observing the creative solutions authors find for the problem of fitting more into a small space than should reasonably be able to fit there.

This is a problem particular to the short story. Whether a 125-word short-short by Stuart Dybek or a seventy-five-page epic from Alice Munro, the story sets out to accomplish more than its length should allow. It is an overstuffed suitcase, practically shaking with the effort of holding in its meticulously arranged and folded contents. A good novel is always just as long as it needs to be; a good story is always shorter than seems possible–even when it’s long.

Every short story must invent a strategy for dealing with the challenge of length. The most common strategy makes up for in straightforwardness and simplicity what it lacks in structural subtlety. It involves the cutting of the narrative to size, the removal of all that could possibly be deemed extraneous, the compression of as much as possible into a single discrete scene or timeframe. This strategy arguably has its origins in Edgar Allan Poe’s single effect, its apotheosis in Hemingway, its rejuvenation in Lish-edited Carver. In my experience, it is the source of a great deal of advice in creative writing workshops and how-to writing manuals.

But there is another possible response to the constraint of length. Instead of asking what can be pared away, an author may ask how much can be put in. Instead of paring down the narrative around a single effect and a brief, unified time span, she may work to fold as much narrative, as broad an expanse of time, as possible into a story’s limited space. She may not be interested in excision; she may be interested in compression.

Some writers are craftier at this than others. The very best–here, I’ll nominate Munro, Mavis Gallant, and Peter Taylor, though I’d be interested in hearing which names you’d bring to the conversation–use structural ingenuity, chronological disorder, framed narratives, layered timeframes, multiple points of view, self-questioning characters, retrospective narrators, and still other devices to create extraordinarily dense and compact stories.

(Let me just add that this is a quick and dirty dichotomy, a very rough way of talking about an extremely diverse form. Certainly, even the most compressed short stories must also judiciously excise material; there’s also a long line of stories that are masterpieces of both compression and excision–from Delmore Schwartz’s “In Dreams Begin Responsibilities” to Leonard Michaels’s “I Would Have Saved Them If I Could” to Amy Hempel’s “The Dog of the Marriage.”)
Munro’s “Friend of My Youth,” Gallant’s “Baum, Gabriel, 1935–( ),” Taylor’s “The Old Forest“: These are the very stories most likely to find themselves compared to novels.

Such comparisons are perhaps understandable, given the breadth and scope of such stories; however, in this light, we can see how the language of comparison between the short story and the novel is doing the story no favors. When book reviewers say, “This story is like a novel,” what is really meant is, “This story is somehow doing ‘more’ than ‘normal’ stories do,” and the definition of a normal story is predicated upon a minimalist strategy of composition. In effect, then, such comparisons deny the short story access to the richness of its own tradition. They take authors like Munro, Gallant, and Taylor and turn them into exceptions: rule-breakers rather than rule-makers, writing stories that defy the conventions of the form rather than defining them.

I know I’m oversimplifying a lot of things here, but I’m doing so in order to (I hope) make a point. Two weeks ago, I opened this discussion by repeating an oft-asked question–“Why isn’t the short story as commercially successful as the novel?”–and I suggested that one reason we hear such questions has to do with a common misunderstanding of the difference between the short story and the novel. Here, I hope to have hinted at my own views on the differences between the forms in a way that may also offer a few reasons for why commentators so readily conflate the two.

What remains, finally, is to suggest an answer the question we began with, and to briefly offer what I hope you’ll agree is a surprisingly optimistic take on the short story’s present and future place in the literary landscape–I, for one, certainly feel optimistic about the life of the form.

Next week, the conclusion: The Lonely Reader, Part Four–Why the Short Story Doesn’t Matter and Why You Shouldn’t Care.


This is Greg’s seventh post for Get Behind the Plough.